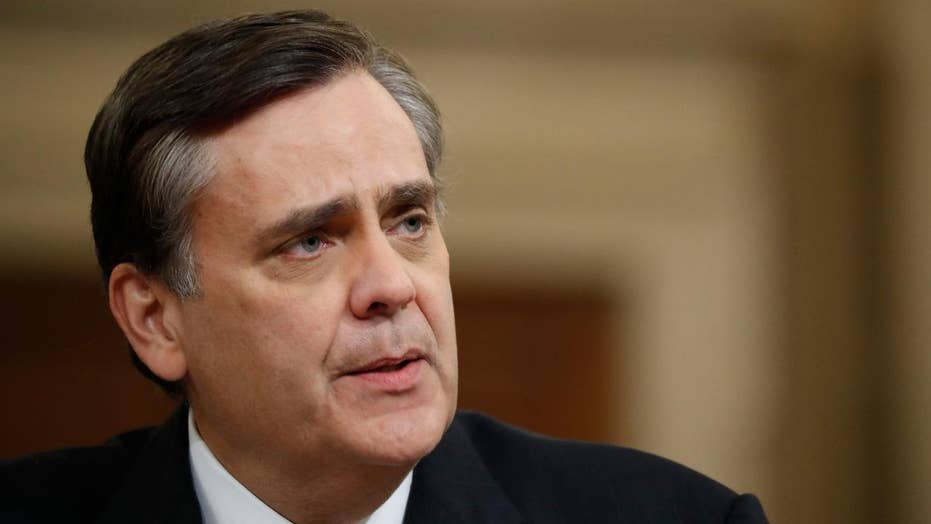 Mark Zaid, the attorney for the Ukraine whistleblower at the center of impeachment proceedings against President Trump, responded to allegations by the sole Republican witness during Wednesday's hearing that he'd been inundated with threats and demands that he be fired from George Washington University.

"I'd take demands to be fired over death threats any day," Zaid tweeted Thursday in response to law professor Johnathan Turley.

"I receive constant harassing emails, letters, voicemails, to include death threats investigated by the FBI," Zaid elaborated to Fox News on Thursday night.

Bradley Moss, an attorney at Zaid's Washington D.C-based law firm, initially responded to Turley: "Want me to lay the lovely death threats I got after the president attacked Mark and the whistleblower at a rally?" Zaid followed up with his own tweet. He later joked, "Fortunately I can't be fired. But I could be persuaded to fire Brad."

Turley had finished testifying before the House Judiciary Committee's first public hearing Wednesday when he said he was "inundated with threatening messages" afterward. His testimony largely countered that of three legal scholars called by the Democrats, with Turley saying the party did not have strong evidence to support articles of impeachment.

The anonymous whistleblower filed the complaint earlier this year about Trump's July 25 phone call with Ukrainian President Volodymyr Zelensky, in which he asked for Zelensky to assist in the investigations of alleged Democratic activities during the 2016 election, as well as former vice president Joe Biden and his son Hunter, particularly Hunter Biden's business dealings with Ukrainian energy company Burisma Holdings.

During his testimony, Turley warned Democrats that an impeachment vote would be ill-advised because they don't have a complete record of witness testimonies and supporting evidence.

TURLEY SAYS HE'S BEEN 'INUNDATED' WITH THREATS SINCE HOUSE TESTIMONY

"My objection is not that you cannot impeach Trump for abuse of power but that this record is comparably thin compared to past impeachments and contains conflicts, contradictions and gaps, including various witnesses not subpoenaed," Turley said.

Zaid previously used Twitter to rail against Trump and criticize his administration before the whistleblower complaint. In February 2017, weeks after Trump took office, he tweeted: "Every day that goes by brings us closer to impeachment."

In another post, he called Trump the "worst presidential choice in modern history." He told Fox News in November the tweets were written on the belief that Trump would be “stepping over the line” at some point during his presidency.

In response to the tweets, Trump blasted Zaid at a Louisiana rally last month, calling him "disgraceful."

“Based on the information released last night about the Fake Whistleblowers attorney, the Impeachment Hoax should be ended IMMEDIATELY!” Trump wrote in a Nov. 7 tweet. “There is no case, except against the other side!”