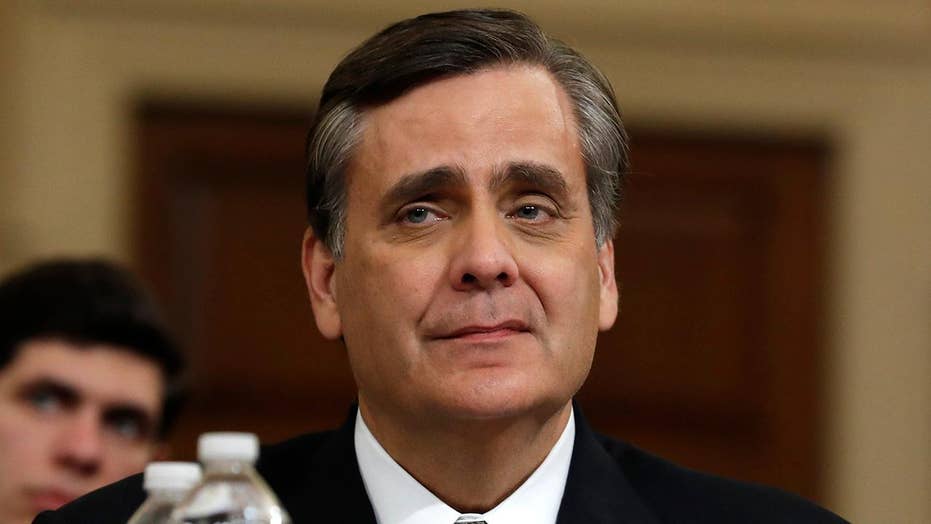 House Judiciary Committee Republican witness Jonathan Turley writes in a new op-ed that his home and office were 'inundated with threatening messages' after his testimony opposing the impeachment of President Trump. Former Whitewater Independent Counsel Robert Ray reacts and shares his own experience.

Jonathan Turley, the sole Republican witness during the House Judiciary Committee's first public impeachment hearing Wednesday, said he was "inundated with threatening messages" after his testimony, which argued that Democrats do not have enough evidence to support articles of impeachment against President Trump.

"Before I finished my testimony, my home and office were inundated with threatening messages and demands that I be fired from George Washington University for arguing that, while a case for impeachment can be made, it has not been made on this record," Turley wrote in an op-ed for The Hill on Thursday.

The law professor at George Washington University Law School appeared alongside three other legal scholars with opposing views Wednesday and warned that Democrats would be ill-advised to rush to a vote on impeachment articles because they do not have a complete record of witness testimonies and supporting evidence to prove that Trump abused his power to pressure Ukrainian President Volodymyr Zelensky to open an investigation into 2020 Democratic candidate Joe Biden and his son Hunter Biden's business dealings there in exchange for military aid.

"My objection is not that you cannot impeach Trump for abuse of power but that this record is comparably thin compared to past impeachments and contains conflicts, contradictions and gaps, including various witnesses not subpoenaed," Turley said.

"I suggested that Democrats drop the arbitrary schedule of a vote by the end of December and complete their case and this record before voting on any articles of impeachment," he added. "In my view, they have not proven abuse of power in this incomplete record."

Despite his testimony, House Speaker Nancy Pelosi announced Thursday that Democrats will proceed with articles of impeachment against Trump.

"I remain concerned that we are lowering impeachment standards to fit a paucity of evidence and an abundance of anger," Turley said. 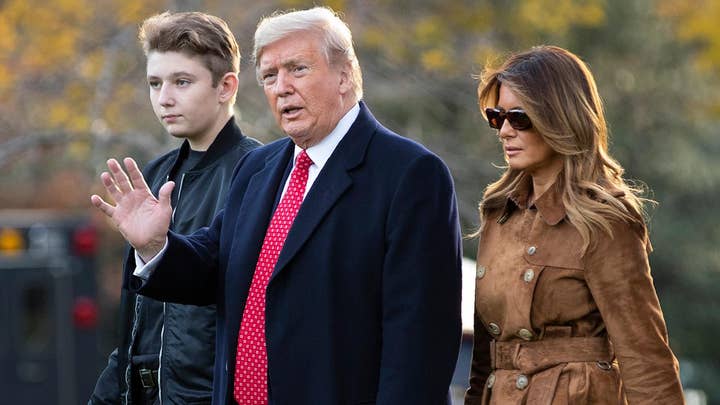 Wednesday's hearings elicited fiery remarks from both sides of the aisle. Republican lawmakers decried the impeachment proceedings as a sham, and testimony by Democratic witness and Stanford Law School professor Pamela Karlan derailed the caucuses' efforts to expose potential abuse of power by Trump after she made remarks jabbing at the president's youngest son, 13-year-old Barron.

Turley called out Rep. Eric Swalwell, D-Calif., for his "heated attacks" after Swalwell tried to use the professor's prior record as the attorney for Judge Thomas Porteous, who was impeached and removed from office in December 2010, against him.

"There is an intense 'rancor and rage' and 'stifling intolerance' that blinds people to opposing views. My call for greater civility and dialogue may have been the least successful argument I made to the committee," Turley said.