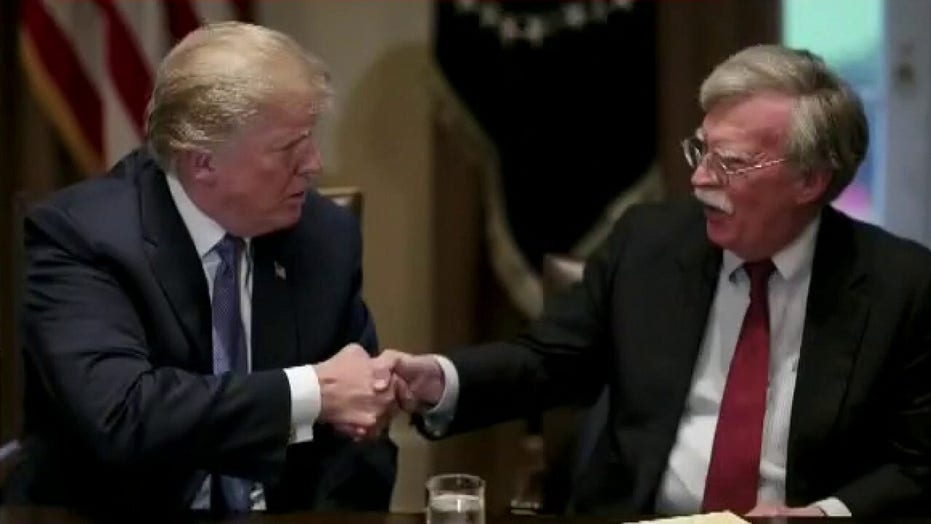 Bolton bashed over his book

Massive coverage for attacks on Trump.

Former national security adviser John Bolton warned in an interview airing Sunday night that President Trump's White House poses a "danger for the republic" -- but cautioned that congressional Democrats were "almost as bad" in their efforts to unseat him from office, which Bolton called a "partisan catfight."

Speaking to ABC News' Martha Raddatz, Bolton further broadened his attacks beyond just the president, accusing the Defense Department of "obstruction" concerning the administration's response to suspected chemical weapons use in Syria.

The interview aired just days after a federal judge determined that Bolton's decision to publish his upcoming tell-all memoir on the Trump administration had "exposed his country to harm and himself to civil (and potentially criminal) liability," and that Bolton had "likely jeopardized national security by disclosing classified information in violation of his nondisclosure agreement obligations."

"There really isn't any guiding principle that I was able to discern other than what's good for Donald Trump's reelection," Bolton told Raddatz.

He added: "The very first thing that I encountered on my opening day was, of course, the chemical-weapons attack by the Syrian government against innocent civilians in Syria. We responded by the end of the week. But, I have to say, it was a very disappointing process we went through. I felt there was obstruction from the Defense Department."

Specifically, Bolton said, "what we thought we should get from the Defense Department was a series of heavy, medium and light options for the president to choose from. We got, instead, a series of options that were apples and oranges."

No deterrent against chemical weapons use was established, Bolton complained. Trump, Bolton charged, didn't understand the "implications of what he was doing."

The president contributed to this lack of information, according to Bolton, by failing to speak up during intelligence briefings.

"It'd be interesting if somebody could do a statistical analysis at the end of the administration, total time in intelligence briefings, what percentage of that time did the president speak, and what time did the intelligence briefers speak. I would love to see that statistic, because it's gonna be pretty close to 50/50, which is unusual, to say the least," Bolton said.

Hours earlier, Rep. Adam Schiff, D-Calif., told NBC News' "Meet the Press" that although he hasn't read Bolton's book, "The Room Where It Happened," his committee would be looking in coming days at having Bolton testify. Schiff suggested Trump could be impeached once again.

Speaking to Raddatz, Bolton again hammered Schiff and Democrats for failing to broaden their investigation into Trump during the impeachment.

Bolton said Democrats were hasty because "they didn't wanna mess up the Democratic presidential nomination."

"Now, I find that conduct almost as bad and somewhat equivalent to Trump," Bolton charged, "that they're torquing one of the gravest constitutional responsibilities the House of Representatives has, the power of impeachment, around their presidential nomination schedule. And, they failed utterly to accomplish what they wanted. In fact, they made things worse, because their strategy fitted with the Trump political strategy. Keep it narrow, and move it fast. So, what did they do? The House advocates said, 'We have proven Trump is impeached forever, and that he'd learn a lesson from it.'"

Democrats' unsubstantiated charges that the Trump campaign had conspired with Russia, Bolton said, were little more than crass politics. 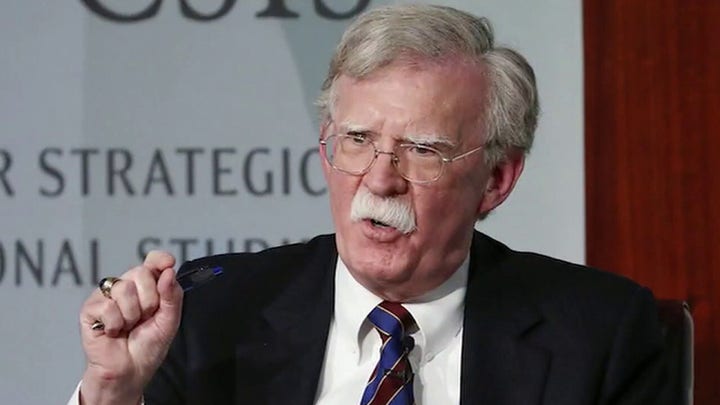 "Fundamentally, the pursuit of the Russia collusion issue was, I think, for many Democrats, an effort to delegitimize the Trump presidency," Bolton charged.

Schiff and others, he added, were seeking to use him as a scapegoat.

"I think the House Democrats built a cliff, they threw themselves off of it," Bolton remarked. "Halfway down, they looked up and saw me, and said, "Hey, why don't you come along?"

Schiff shot back after the interview aired: "Tonight, Bolton was pressed on why he didn’t come forward and testify, instead saving it for a book. Bolton insisted it wasn’t about the cash. Well, to quote Dale Bumpers during a different impeachment: 'When you hear somebody say, 'This is not about money,' it's about money."

Asked whom he will vote for, Bolton responded: "certainly not" Joe Biden or Trump.

"I'm gonna figure out a conservative Republican to write in," he said.

Republicans have accused Bolton of lying. Trump rival Joe Biden, meanwhile, tweeted that "if John Bolton's accounts are true ... it's not only morally repugnant, it's a violation of Donald Trump's sacred duty to the American people to protect America's interests and defend our values."

"Well, I don't want my lawyer and I don't want any lawyer saying something to help my case by lying, deliberately lying about my opponent," Biden says in one clip.

Then-Sen. Barack Obama, in 2005, echoed those arguments, calling Bolton "damaged goods," and saying his appointment as ambassador meant "we will have less credibility and ironically be less equipped to reform the United Nations in the way that it needs to be reformed."

READ A BROADCAST TRANSRIPT OF BOLTON INTERVIEW ON ABC