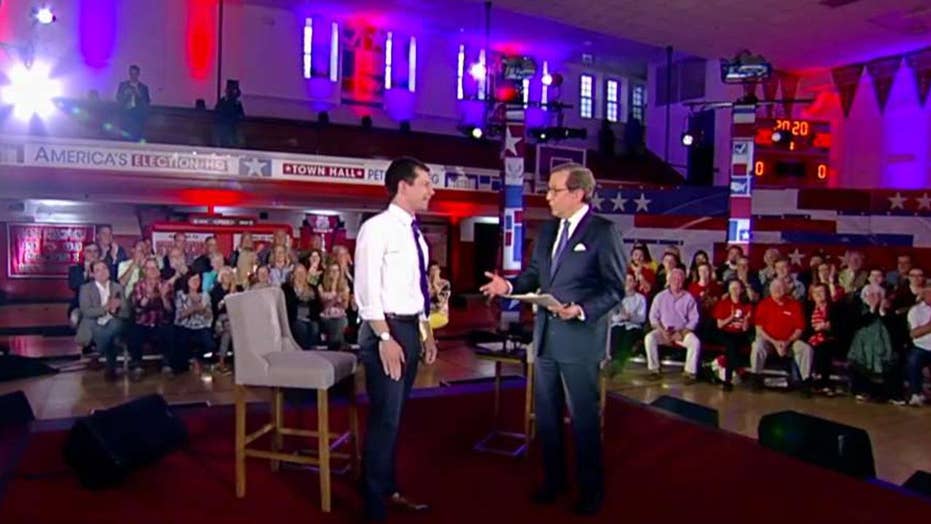 Joe Scarborough was so impressed with Pete Buttigieg's performance at a Fox News town hall that he declared him to be "the future of the Democratic Party" Monday.

Responding on MSNBC's "Morning Joe," Scarborough recalled a famous line in which music critic Jon Landau proclaimed Bruce Springsteen to be the "future of rock 'n' roll" in the early 1970s.

He told co-host and wife Mika Brzezinski that he feels the same way about Buttigieg right now, though the upstart candidate's ascent within the Democratic Party may not happen in 2020.

At the town hall, the 37-year-old Buttigieg acknowledged that he needs to do more to appeal to "black and brown" voters, even as he confidently parried a series of policy questions -- and, on several occasions, went directly after President Trump.

Buttigieg argued that minority voters are "skeptical of people who seem to come out of nowhere," after Wallace noted that he was polling at one-percent support among nonwhite primary voters according to a recent Fox News poll.

On fiscal policy, Buttigieg pushed for four distinct tax hikes when asked about the deficit, saying he favored a "fairer, which means higher" marginal income tax, a "reasonable" wealth tax "or something like that," a financial transactions tax, and closing "corporate tax loopholes."

"You don't blow a hole in the budget with an unnecessary and unaffordable tax cut for the very wealthiest," Buttigieg told Wallace, referring to President Trump's tax legislation.