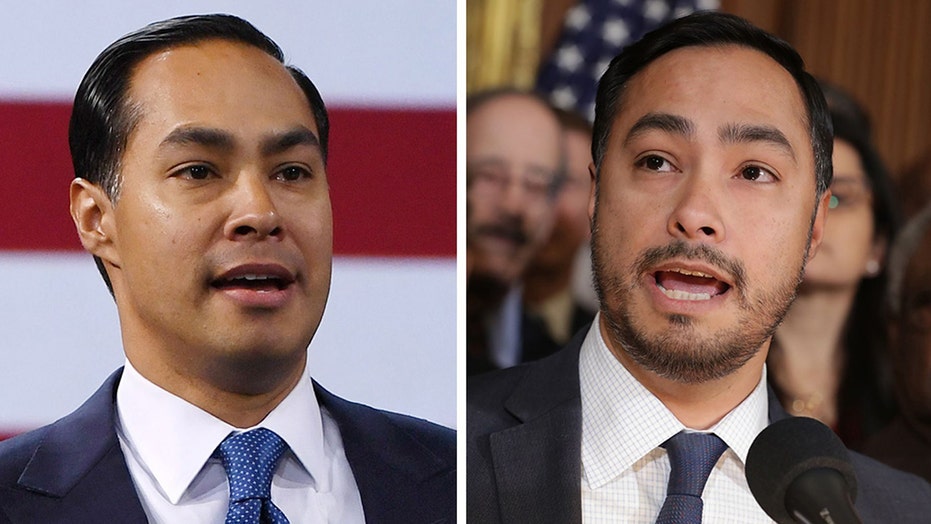 Julián Castro: What to know

Here are some facts you may not know about former Secretary of Housing and Urban Development Julián Castro.

The Democratic congressman, who's served since 2013, joked last week that he was experimenting with facial hair to differentiate himself from his brother, who's currently on the campaign trail seeking the Democratic presidential nomination.

"I hadn’t shaved in like three days and I decided I’d just grow the beard back – and it does help so that people don’t always think that I’m running for president,” Joaquin told reporters on Thursday, according to USA Today.

The rep said people confuse him for his brother in public places like the airport or on the street "just about every day."

Julián Castro, left, and Joaquin Castro, right, are often confused for one another. So Joaquin decided to grow his beard back "so that people don't always think" he's running for president.

Since Julián — who previously served as the mayor of San Antonio, Texas, and as former President Barack Obama's Housing and Urban Development Secretary from 2014 to 2017 — launched his 2020 bid, many have confused the 44-year-old twins.

In June, MSNBC contributor Noah Rothman apologized for mistaking Joaquin for Julián during an episode of "Morning Joe." Rothman cited a June Fox News town hall, which featured Julián, and said Joaquin claimed the Trump administration "is 'hell-bent on moving towards war with Iran."

Joaquin quickly corrected Rothman and said he hasn't spoken to Fox News about Iran. Rothman immediately apologized and was embarrassed, but said the mixup must happen all the time.

Host Chris Hayes, also of MSNBC, in February, asked Joaquin if he was growing a beard "so that people don't confuse you and your twin brother."

"I said that I would try not to look like a certain presidential candidate, so I hope you like the beard here," Castro said.

Hayes said on the show that he spoke to one of the Castro brothers on midterm election night in 2018, but he actually didn't know who he had spoken to. Joaquin said Hayes had spoken to Julián.