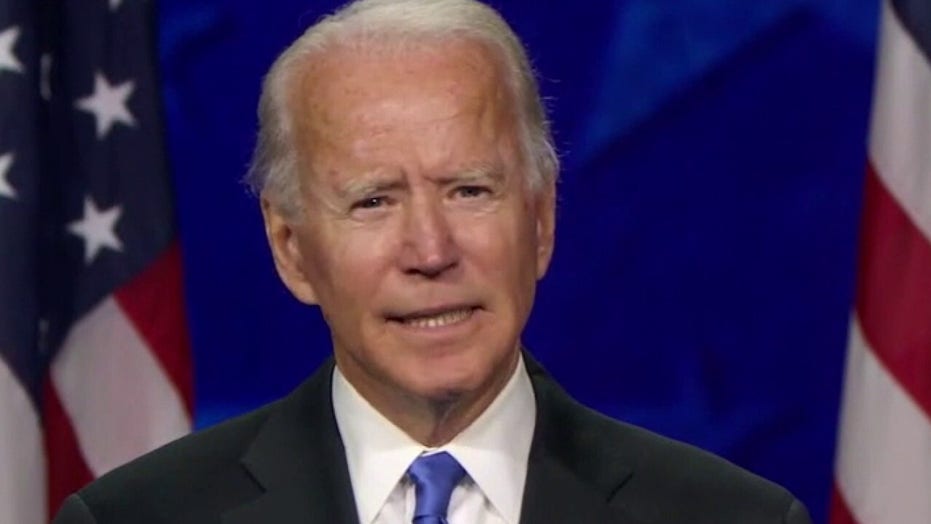 EXCLUSIVE: More than two-dozen former Republican members of Congress threw their support behind a “Republicans for Biden” effort being launched Monday by the Democratic presidential nominee's campaign to engage potential GOP supporters this November.

The announcement comes on the first day of the Republican National Convention, as delegates prepare to formally re-nominate President Trump on Monday.

Last fall, he penned an op-ed urging lawmakers to abandon the president and save their "souls," as he backed impeachment. He's since said he won't vote for Trump, but had held off on a formal Biden endorsement until now.

In announcing that he would not run for re-election, Sen. Jeff Flake, R-Ariz., slammed Republicans and President Trump. (Reuters/Joshua Roberts)

Some others on the list had already backed the former vice president, including former Republican Sens. Gordon Humphrey of New Hampshire (who is now an independent) and John Warner of Virginia. They're joined by a number of former Republican House members: 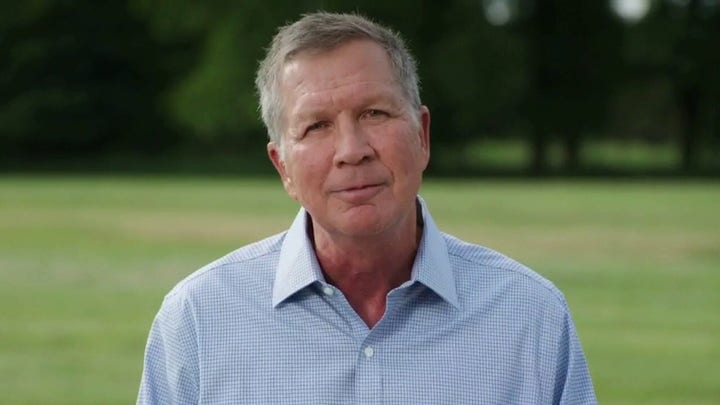 A Biden campaign official told Fox News the endorsements are a “strong rebuke” of Trump and his administration.

“These former members of Congress cited Trump’s corruption, destruction of democracy, blatant disregard for moral decency, and urgent need to get the country back on course as a reason why they support Biden,” the Biden campaign official told Fox News.

“These former Members of Congress are supporting Joe Biden because they know what’s at stake in this election and that Trump’s failures as President have superseded partisanship,” the official continued.

Meanwhile, the official told Fox News that Flake, who repeatedly clashed with the president during his time in the Senate and even floated challenging him, is expected to make remarks Monday afternoon on why he is supporting Biden.

The “Republicans for Biden” program is part of the campaign’s national effort to engage Republicans who plan to vote for the Democratic nominee in November.

Trump allies countered that the parade of Republicans included several who either were known Trump detractors or who had backed Democrats in other recent elections.

Trump campaign communications director Tim Murtaugh dismissed the latest announcement in a statement to Fox News: “Joe Biden has been a failure in the Washington Swamp for a half century, so no one should be surprised when Swamp creatures gather to protect one of their own. President Trump has unprecedented support — over 95 percent — among real Republican voters and is also making strong inroads in Biden’s core Democrat constituencies, like Black Americans, Latinos, and union members. President Trump’s record of success for all Americans will carry him to victory in November.”

RNC spokesman Steve Guest said Flake “has abandoned any set of principles he once professed to have in order to embrace Joe Biden, a far-left Democrat, who is the bannerman for AOC & Bernie Sanders’ $93 trillion Green New Deal agenda of raising taxes on the middle class and forcing government control of health care on to the American people.”

While Democrats will do what they can this week to steal GOP thunder during their convention (just as the Trump campaign did during the Democrats'), the president is poised to quickly reclaim the spotlight.

He is expected to not just deliver an address on Thursday to accept his re-nomination—he will appear each night.

A Trump campaign official told Fox News that Trump will be "actively engaged in each night" of the convention; his appearances are likely to take place during the 10 p.m. hour.

The Trump campaign announced the full roster of speakers for the convention on Sunday. The list shows that other members of the Trump family will appear each night, including first lady Melania Trump; the president's children: Ivanka, Tiffany, Donald Jr., and Eric and his wife Lara Trump. And they're sure to feature converted supporters as well, including Rep. Jeff Van Drew of New Jersey, who announced last year he was switching parties to become a Republican.