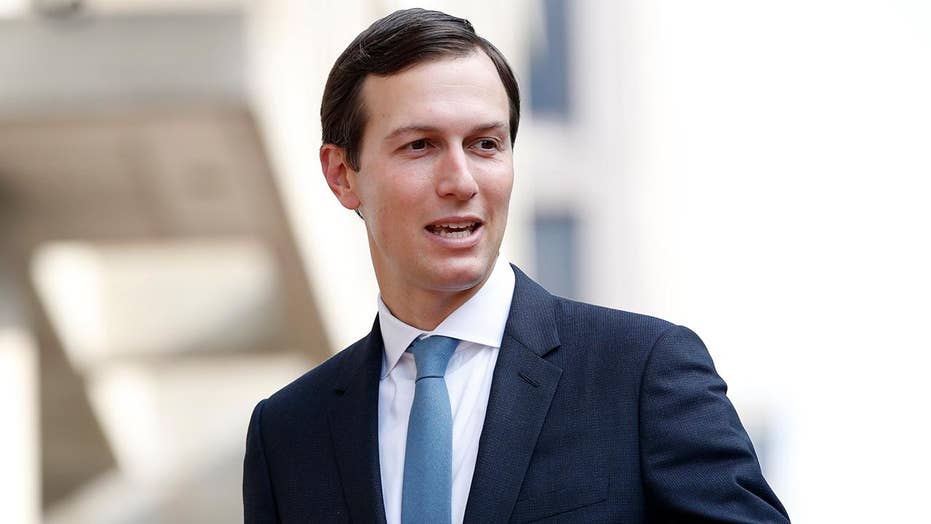 The New York Times reports that the president overruled concerns from intelligence officials and the top White House attorney; Kushner's attorney says the clearance was handled without undue pressure.

A spokesman for White House senior adviser Jared Kushner's attorney told Fox News Thursday that President Trump's son-in-law received a top-secret security clearance through "the regular process with no pressure from anyone," after The New York Times reported that Trump "ordered" then-White House Chief of Staff John Kelly to grant the clearance against the advice of then-White House Counsel Don McGhan.

Fox News reported in May 2018 that Kushner had obtained a full security clearance. He had been working at the White House with an interim security clearance for the better part of a year, through late February 2018. That month, Kushner's interim clearance was downgraded from "interim top secret" to "interim secret" after Kelly set a Feb. 23, 2018, deadline for halting access to top-secret information for those whose applications have been pending since June 1, 2017, or earlier.

The Times report, which cited "four people briefed on the matter," said that Trump told Kelly to grant Kushner a top-secret clearance the day after the White House Counsel's Office recommended that he not be given one. The report claimed that Kelly was so disturbed by Trump's command that he wrote an internal memo stating that he had been "ordered" to give Kushner the clearance.

"In 2018, White House and security clearance officials affirmed that Mr. Kushner’s security clearance was handled in the regular process with no pressure from anyone," Peter Mirijanian, a spokesman for Kushner attorney Abbe Lowell, said in a statement. "That was conveyed to the media at the time, and new stories, if accurate, do not change what was affirmed at the time."

Trump told The Times in a January interview that he "was never involved" with granting Kushner the clearance, a denial that was echoed by his daughter Ivanka -- who is married to Kushner -- earlier this month.

"The president had no involvement pertaining to my clearance or my husband's clearance," Ivanka Trump said on ABC's "The View" on Feb. 8.

The Times report is likely to draw the interest of the Democrat-led House Oversight and Reform Committee, which is starting an investigation into the handling of security clearances by Trump's White House and presidential transition.

In a statement, Oversight Committee chairman Elijah Cummings, D-Md., noted that he had "requested specific documents and interviews relating to Mr. Kushner’s clearance and a number of others. To date, the White House has not produced a single document or scheduled a single interview. The Committee expects full compliance with its requests as soon as possible, or it may become necessary to consider alternative means to compel compliance."

House Intelligence Committee Chairman Adam Schiff, D-Calif., said the report was "the latest indicator of the President’s utter disregard for our national security and for the men and women who sacrifice so much every day to keep us safe. There is no nepotism exception for background investigations."

Kushner, who has been the White House point man on a number of issues over the first two years of Trump's administration -- including a Middle East peace plan, the U.S. relationships with China and Japan, criminal justice reform, infrastructure, trade and economic development -- has been forced to repeatedly correct omissions in his "SF-86," the governmentwide form used to apply for clearances, as well as his financial disclosure forms, which experts said could delay or even nix his chances of earning a clearance through the normal process.

Kushner has also come under scrutiny in Special Counsel Robert Mueller's ongoing investigation into Russian interference in the 2016 election. He was one of the attendees of a much-scrutinized June 2016 meeting at Trump Tower in Manhattan that included then-candidate Trump's eldest son, Don Jr., then-campaign manager Paul Manafort, and Russian lawyer Natalia Veselnitskaya and was convened on the claim that Veselnitskaya damaging information regarding Democratic presidential nominee Hillary Clinton.