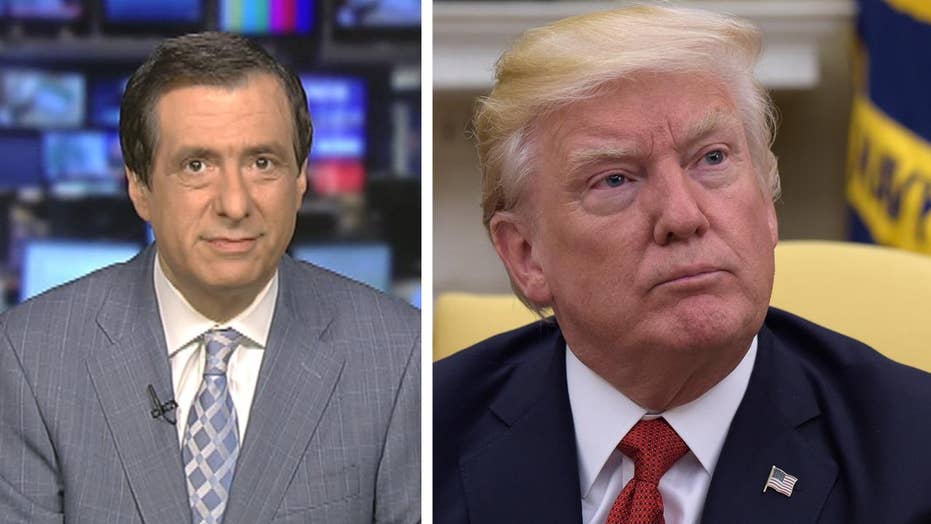 Kurtz: How the mainstream media are piling on Trump

You may have gotten the impression that the coverage of President Trump is kinda sorta pretty negative.

That’s according to a new study by Harvard’s Shorenstein Center, a widely respected operation that chronicles media coverage.

And adding to the sharply negative tone is the sheer volume. It’s not your imagination—Donald Trump is the most heavily covered president ever.

The top line figure: Some 80 percent of these stories and segments had a negative tone, 20 percent positive (beyond those that were neutral). That is bad. In fact, it’s twice as negative as the coverage of Barack Obama’s first 100 days, and much more negative than that for George W. Bush and Bill Clinton as well.

And the differences are stark when you drill down by news organization.

At CNN and NBC, 93 percent of the stories were negative in tone toward Trump, the study says. Put another way, their main newscasts could find only 7 percent of stories worth being positive toward the president.

CBS wasn’t far behind, at 91 percent negative. Then there was the New York Times (87 percent) and Washington Post (83 percent).

The Wall Street Journal clocked in at 70 percent negative.

And Fox News was, well, fair and balanced. The study found Bret Baier’s “Special Report” to be 52 percent negative and 48 percent positive toward Trump. The network that is often derided by the rest of the media for being too pro-Trump was actually the fairest, according to the Harvard researchers.

Even in the president’s best week of the period examined, when he ordered airstrikes against Syria, his coverage was 70 percent negative.

Overall, say the researchers, the coverage of President Trump “was negative even by the standards of today’s hyper-critical press.”

And all of this resonates in a very loud echo chamber. On the national networks studied, 41 percent of the stories involved Trump. That means of everything going on in the world, more than four out of 10 stories dealt with this president—three times the usual level, Shorenstein says.

And Trump was the featured speaker in nearly two-thirds of these reports, talking or tweeting. So if Trump seems inescapable, he is.

Why? He drives ratings, pure and simple. Boring presidents don’t rate as much airtime. And whether you like or loathe Trump, it’s fair to say he’s never boring.