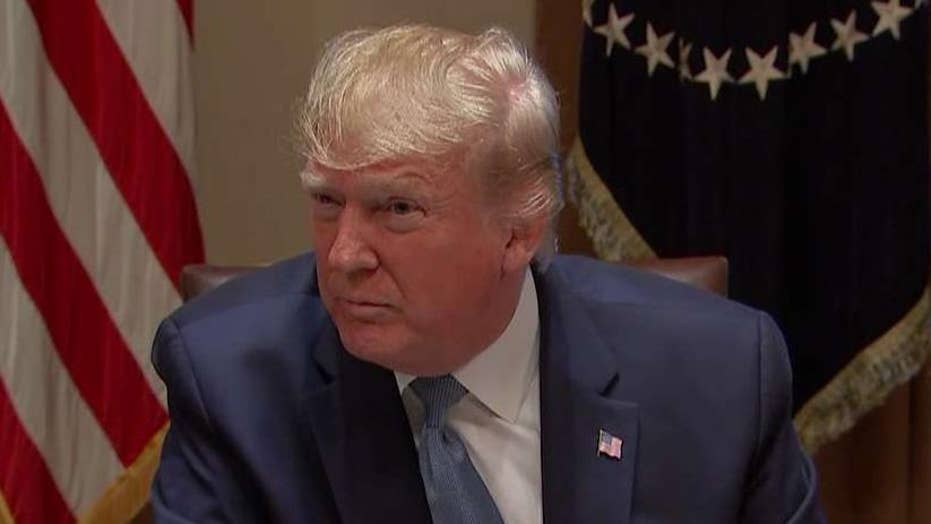 Although the  long-awaited internal watchdog findings from the Justice Department’s inspector general on Monday undercut his claim that he was the target of a “witch hunt,” President Trump fired back that the report concerning the origins of the Russia investigation showed “an attempted overthrow and a lot of people were in on it.”

"It's a disgrace what's happened with the things that were done to our country ... it's incredible, far worse than what I ever thought possible," he said.

He noted it shouldn’t happen to another president, and he called it an embarrassment.

“Never, ever again should this happen in our country.”

Trump asked former Florida Attorney General Pam Bondi to comment on the IG report, and she said the country should be outraged.

“This is just the tip of the iceberg.”

The report said that although the Russia probe's launch complied with DOJ and FBI policies, there were "significant concerns with how certain aspects of the investigation were conducted and supervised."

Specifically, the report concluded that investigators found no intentional misconduct or political bias surrounding the probe's launch and efforts to seek a highly controversial Foreign Intelligence Surveillance Act (FISA) warrant to monitor former Trump campaign adviser Carter Page in the early months of the Russia investigation -- but faulted the FBI over numerous errors in the application process.

The IG probe identified at least 17 "significant inaccuracies and omissions" in the Page applications, and said they would launch a new audit into the FISA process. 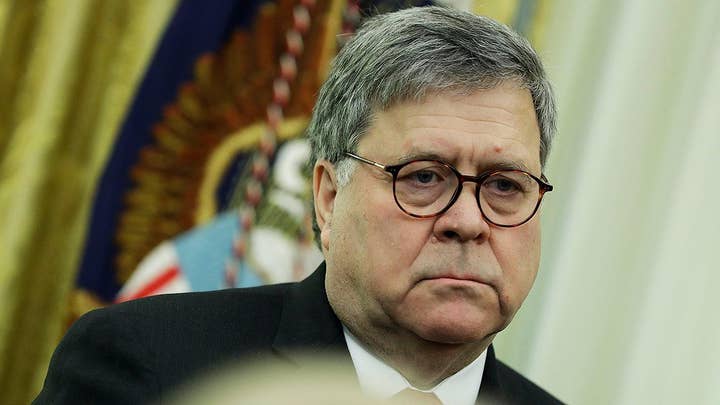 IG Michael Horowitz and his investigators probed how the unverified anti-Trump dossier compiled by former British spy Christopher Steele was used to secure the original FISA warrant for Page in October 2016 as well as other decisions at the outset of the FBI’s counterintelligence investigation of Russian election interference and the Trump campaign, known within the FBI by the name "Crossfire Hurricane."

The report confirmed that information obtained from Steele was instrumental in the FBI's ability to acquire a FISA warrant on Page, saying the FBI omitted information that allowed them to obtain renewals.

The report revealed that when the FBI team handling the Russia probe first considered getting a FISA warrant for Page in August 2016, FBI attorneys thought it was a "close call" as to whether they had sufficient cause. The following month, right after the FBI received information from Steele, FBI attorneys gave the investigative team the go-ahead.

“It’s a sad day when a lot of people see that,” Trump added about the IG report. “They know nothing -- it was concocted.”

Trump reiterated he was more eager for the report of John Durham, the hand-picked prosecutor selected by Attorney General William Barr to conduct a separate review of the Russia probe.

Barr rejected the inspector general’s conclusion that there was sufficient evidence to open the investigation.

“The Inspector General’s report now makes clear that the FBI launched an intrusive investigation of a U.S. presidential campaign on the thinnest of suspicions that, in my view, were insufficient to justify the steps taken,” Barr said in a statement.