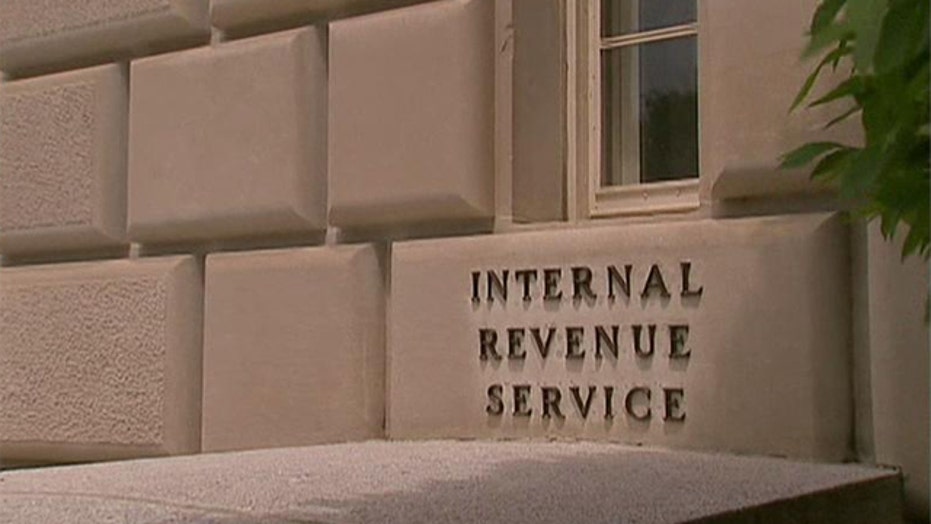 Groups were targeted as early as 2011

An IRS campaign to apply additional scrutiny to conservative groups went beyond targeting "Tea Party" and "patriot" groups to include those focused on government spending, the Constitution and several other broad areas.

The additional guidelines created by the agency were part of a timeline, obtained by Fox News, from the Treasury Inspector General for Tax Administration, which is looking into the controversial IRS practice. IRS officials apologized Friday for the scrutiny, but new information suggests senior leaders were apprised of the effort as early as 2011 despite public denials from the top.

"The conclusion that the IRS came to is that they did have agents who were engaged in intimidation of political groups," Michigan Rep. Mike Rogers told "Fox News Sunday." "I don't care if you're a conservative, a liberal, a Democrat or a Republican, this should send a chill up your spine. It needs to have a full investigation."

The House Ways and Means Committee plans to hold a hearing Friday, Fox News has learned. A top Democrat -- Senate Finance Committee Chairman Max Baucus -- also said Monday that his committee would launch a "full investigation" into the matter.

"These actions by the IRS are an outrageous abuse of power and a breach of the public's trust. Targeting groups based on their political views is not only inappropriate but it is intolerable," the Montana Democrat said in a statement. "Americans expect the IRS to do its job without passion or prejudice. We need to get to the bottom of what happened here. ... The IRS will now be the ones put under additional scrutiny."

President Obama weighed in as well, saying at a press conference Monday that if the reports are true, "then that's outrageous and there's no place for it -- and they have to be held fully accountable."

Obama said he first found out about the practice on Friday. He said that if agents behaved in a partisan fashion, "I've got no patience with it. I will not tolerate it."

The internal IG timeline shows a unit in the agency was looking at Tea Party and "patriot" groups dating back to early 2010. But it shows that list of criteria drastically expanding by the time a June 2011 briefing was held. It then included groups focused on government spending, government debt, taxes, and education on ways to "make America a better place to live." It even flagged groups whose file included criticism of "how the country is being run."

By early 2012, the criteria were updated to include organizations involved in "limiting/expanding government," education on the Constitution and Bill of Rights, and social economic reform.

Taken together, the findings of the IG and the initial admissions by the IRS Friday are fueling complaints from Republicans on Capitol Hill.

Evidence that the IRS was flagging such groups in 2011 was included in a draft inspector general's report obtained Saturday by Fox News and other news organizations and expected to be released in full later this week.

That information seemingly contradicts public statements by IRS Commissioner Douglas Shulman, who told congressional investigators in March 2011 that specific groups were not being targeted.

Maine Republican Sen. Susan Collins on Sunday also called the IRS activities chilling and said she was disappointed that President Obama had not condemned the actions.

"This is truly outrageous and it contributes to the profound distrust that the American people have in government," Collins told CNN's "State of the Union." "It is absolutely chilling that the IRS was singling out conservative groups for extra review. And I think that it's very disappointing that the president hasn't personally condemned this."

At about the same time, White House Press Secretary Jay Carney released a statement saying: "If the inspector general finds that there were any rules broken or that conduct of government officials did not meet the standards required of them, the president expects that swift and appropriate steps will be taken to address any misconduct."

Michigan Republican Rep. Dave Camp, chairman of the House Ways and Means Committee, said Friday his committee will hold a hearing on the issue.

The IRS said Friday that it was sorry for what it called the "inappropriate" targeting of the conservative groups during the 2012 elections.

Lois G. Lerner, who heads the IRS division that oversees tax-exempt organizations, said the practice was initiated by low-level workers in Cincinnati and was not motivated by political bias.

But on June 29, 2011, Lerner found out that such groups were being targeted, according to the inspector general's report.

She was told at a meeting that groups with "Tea Party," "Patriot" or "9/12 Project" in their names were being flagged for additional and often burdensome scrutiny, the report states.

The 9/12 Project is a group started by conservative TV personality Glenn Beck.

Collins also said she does not believe the activity was limited to "a couple of rogue IRS employees."

"After all," she added, "groups with `progressive' in their names were not targeted similarly."