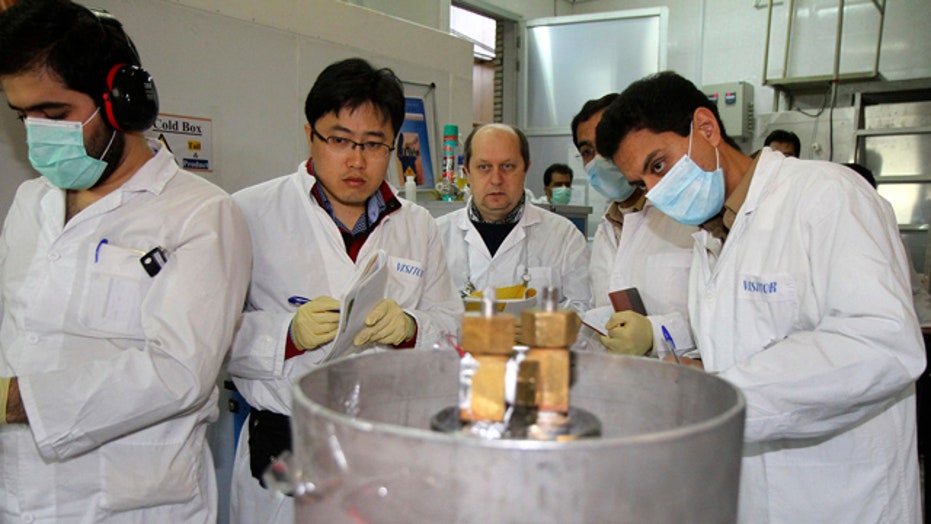 Iran will soon have access to billions of dollars in previously frozen funds -- and have an easier time trading in crude oil, gold and other high-value materials -- after the U.S. and its partners began easing economic sanctions, in response to the regime scaling back its nuclear work.

The White House said Monday that, per the terms of the deal struck late last year, the United States and its partners will "begin to provide the modest relief agreed to with Iran." The statement came after the International Atomic Energy Agency confirmed Monday that higher-level uranium enrichment at a facility in central Iran had stopped, an important step among others that provided officials with the evidence needed to conclude Iran was holding up its end of the agreement so far.

But the "modest" sanctions relief actually entails a range of benefits.

For starters, Iran will be able to access $4.2 billion in once-restricted funding, beginning with a $550 million installment on Feb. 1. The total value of the sanctions relief is estimated to be worth up to $7 billion.

Among the measures is a move to allow Iran to freely import and export gold and other precious metals. The six economies still buying oil from Iran also will pause efforts to reduce crude purchases.

Further, sanctions on the country's petrochemical exports will be suspended, as will sanctions on Iran's imports regarding automobile manufacturing.

A number of U.S. lawmakers are concerned that the interim deal gives away too much, and are pushing, in the face of White House opposition, to pass new sanctions that would go into effect if Iran violates its terms of the agreement.

The White House has threatened to veto the bill.

The White House, which has vowed to prevent Iran from developing nuclear weapons, hailed Iran's latest actions as "an important step forward."

"These actions represent the first time in nearly a decade that Iran has verifiably enacted measures to halt progress on its nuclear program, and roll it back in key respects," White House Press Secretary Jay Carney said in a statement. "Iran has also begun to provide the IAEA with increased transparency into the Iranian nuclear program, through more frequent and intrusive inspections and the expanded provision of information to the IAEA. Taken together, these concrete actions represent an important step forward."

In exchange, Iran has agreed to halt enrichment of uranium above 5 percent purity and "neutralize" its 20 percent enriched uranium. Inspectors will be given daily access to the Fordo enrichment site, located near the city of Qum, and monthly inspections would be allowed at the Arak heavy water reactor.

The European Union announced earlier Monday that it, too, was suspending some of the sanctions it has imposed on Iran.

At the same time, Carney said the group will continue its aggressive enforcement of sanctions that will remain in effect during the next six months, the period that Iran and the world powers will use to negotiate a final deal.