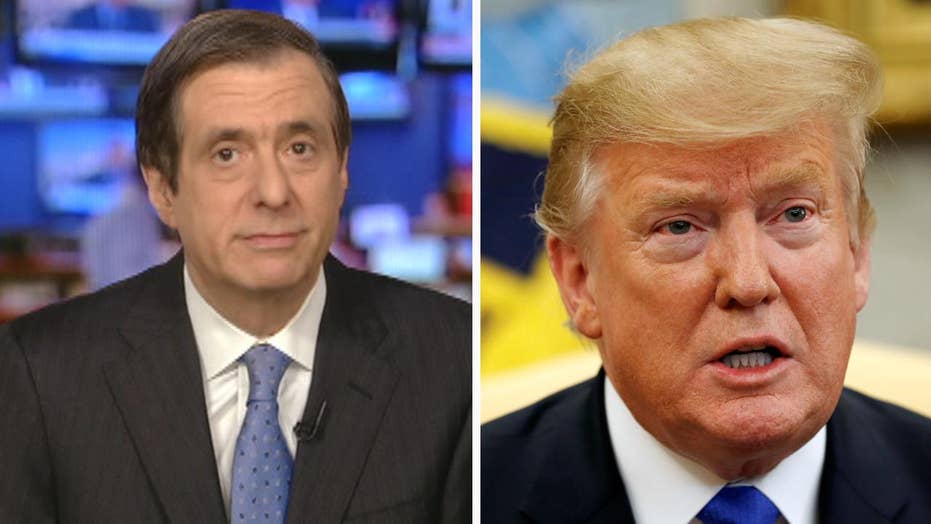 Howard Kurtz: Why the Democratic probes are giving Trump a fat target

Now that Hillary’s not getting in the race—she was never running, despite hints from her keep-hope-alive surrogates—the spotlight has fallen squarely on the House Democrats.

And at the moment they’re defining themselves as the party of investigation.

They have other problems, to be sure, from allowing their most left-wing members to give them a socialist image to struggling with a resolution condemning anti-Semitism after slurs by one of their freshmen.

But what will dominate the headlines in the coming weeks and months is their wide-ranging demands for information from 81 Trump World targets. These include current and former administration officials, family members, and people in his private businesses and foundations.

This kitchen-sink approach, in my view, is a tactical error by the Democrats that plays into President Trump’s hands.

Had Jerry Nadler, the House Judiciary chairman who ordered the requests, spaced them out over a period of time, it wouldn’t have looked like he wanted to spend the next two years tying the president in legal knots—at least not for awhile.

Instead, he’s given the president a fat target to charge that he and other committee heads “have gone stone cold CRAZY. 81 letter[s] sent to innocent people to harass them.”

Trump said the blizzard of requests were “a disgrace to our country,” and his son Eric Trump said “we’re going to fight the hell out of it” in an interview with Fox News radio. “And we’ll fight where we need and we’ll cooperate where we need, but the desperation shows.”

I’ve been covering these battles since the Reagan administration. Congress demands documents or testimony, usually from an administration controlled by the other party, and the White House delays, refuses or invokes executive privilege.

Then the Hill has to decide whether to pass a contempt-of-Congress citation and ask a court to enforce it.

Congressional Republicans demanded tens of thousands of pages from the Obama administration, got cooperation on some of the requests and resistance on others. And how many hearings did the GOP Congress hold on Benghazi?

But the road map is clear. Trump will resist many of the requests, claim presidential harassment, and force House Democrats to take the next step—especially on his tax returns. The battles will stretch on endlessly and most people will tune out, writing the whole thing off as politics as usual.

Putting the hypocrisy aside, Congress has a responsibility to conduct oversight of the executive branch. But if the House Democrats overreach, and don’t pass any bipartisan legislation (assuming the Republicans would play ball), it becomes easier for Trump to paint them as overzealous partisans.

Here’s a look at how two of the major papers handled the initial announcement.

The New York Times said the “flurry of demands…detailed the breadth and ambition of a new investigation into possible obstruction of justice, corruption and abuse of power by President Trump and his administration.”

The paper said Nadler had “opened perhaps the most perilous front to date for Mr. Trump — an inquiry that takes aim at the heart of his norm-bending presidency and could conceivably form the basis of a future impeachment proceeding.”

It was not until the 15th paragraph that Sarah Huckabee Sanders was quoted as calling the probe a “disgraceful and abusive…fishing expedition.”

The Washington Post said the “far-reaching” request “cast a spotlight on the ambitious strategy of the committee with the authority to impeach a president.”

The request was “broad” rather than “targeted,” and “the extensive scope could bolster claims by Trump and Republicans that congressional Democrats are seeking to undermine the president and cripple his 2020 reelection effort rather than conduct a disciplined, fact-finding inquiry.”

As part of the more balanced piece, Sanders was quoted in the sixth paragraph.

With Bob Mueller’s probe all but finished, the Democrats want to keep the investigative machinery humming. But are they likely to find more than Mueller, who has far greater resources?

It’s a long-range battle that may play out in all three branches, but ultimately will be decided in the court of public opinion.