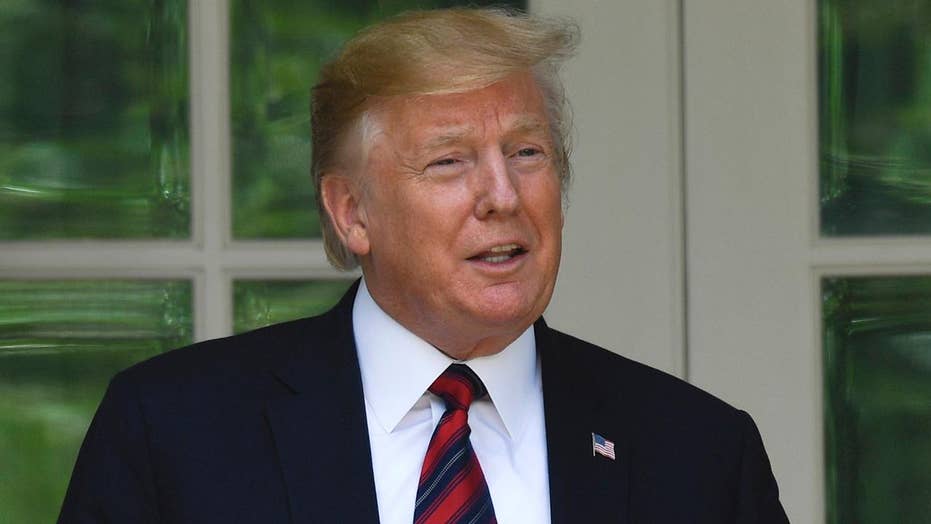 White House deputy press secretary Hogan Gidley says getting Trump's immigration policy passed through Congress will depend on whether or not Democrats are willing to work with Republicans.

The "Fox & Friends" co-hosts on Friday pressed Deputy White House Press Secretary Hogan Gidley on reports that the Trump administration plans to use the Insurrection Act to combat illegal immigration.

Trump intends to use the “tremendous powers” of the law to remove illegal immigrants from the country, the Daily Caller reported, citing multiple senior administration officials.

ICE TO HIRE CONTRACTOR TO TRANSPORT 225,000 MIGRANTS TO SHELTERS ACROSS THE US

The Insurrection Act goes back to 1807, and allows a president to deploy troops anywhere in the U.S. to execute federal law -- generally, to put down lawlessness and insurrection. This power is limited, though it was used as justification for the Civil War.

Gidley began answering that Trump will do everything in his power to protect the nation when Doocy interjected with, "Is that a yes or a no?"

"He's going to do everything within his legal authority to protect the American people and the families of this country," Gidley said.

Gidley did not commit one way or the other, but said there are many "tools" at the president's disposal.

"What's so sad is that we're getting to this point in the first place," Gidley said. "We can fix this now with Congress, we can fix this in a lasting way that protects the American people. We've got to do it."