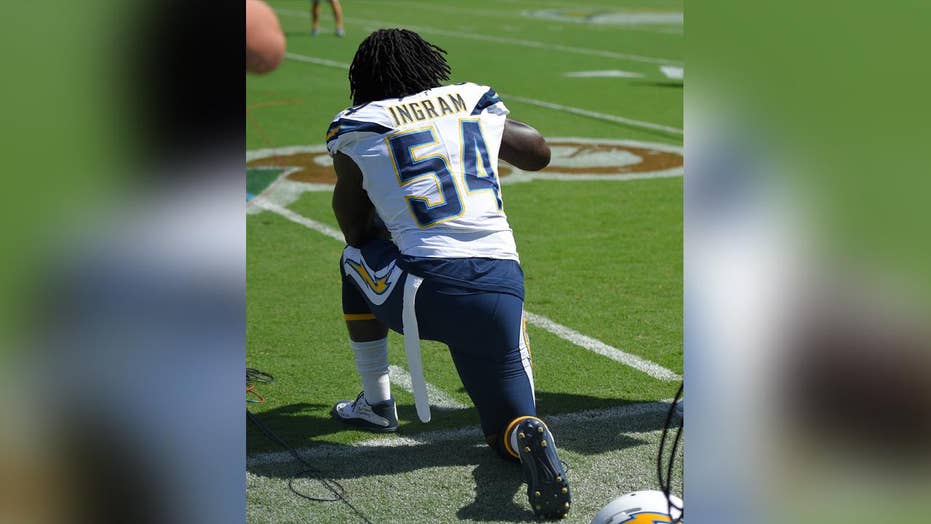 How Trump, media frame the debate

If President Trump’s goal was to ignite a culture war, put the NFL on trial and plunge the media into an emotional debate over sports and patriotism, he scored.

But with even his pal Tom Brady, the Patriots quarterback with five Super Bowl rings, saying Trump was being “divisive,” he paid a price as well.

And that has pretty much been the story of the Trump presidency.

Stay on the attack, double down, find new targets, drive the news cycle: that’s how Trump won the nomination and the White House, and it’s how he has governed since taking the oath.

I’ve talked to average folks, and heard from plenty on Twitter, who share the president’s resentment toward wealthy “SOB” athletes who they view as disrespecting the flag. In that sense, he connected with a sizable chunk of America.

But there are many others in the country who endorse the idea of peaceful protest, who support players taking a stand against racial injustice, and who don’t like the president slamming black athletes (though Trump insists this is not about race).

This is why Trump has such passionate support, but has not been able to get above 40 percent in the polls.

As dozens of NFL players knelt or locked arms during the national anthem on Sunday, with three teams staying in the locker room, the controversy consumed most of the available media oxygen. The poor prognosis for health care reform, along with the president’s new ban restricting travel from seven countries, was overshadowed. So was the growing humanitarian crisis in hurricane-ravaged Puerto Rico.

As The New York Times noted, Trump spent part of the weekend beating up on John McCain and Chuck Schumer, on Stephen Curry and Roger Goodell and his league, on Iran and “Little Rocket Man.”

There are few institutions that Trump hasn’t taken on. He has, of course, had an ongoing battle with the establishment media. He swiped at the leaders of his own party, Mitch McConnell and Paul Ryan, in striking deals with the Democrats, months after deriding Schumer as a clown. He fired the director of the FBI.

Trump has, at various times, criticized a Mexican-American judge, a Gold Star family, a former Miss Universe, and Pope Francis.

His fans see a fighter. His detractors see someone indulging his temper and pushing side issues as a distraction.

Sarah Huckabee Sanders said yesterday that, “it’s always appropriate for the president of the United States to defend our flag, to defend the national anthem,” and gave the same response when NBC’s Peter Alexander asked why he’d spent more time tweeting about football than Puerto Rico.

One thing about Donald Trump, he has an unerring instinct for the pressure points of American culture. That’s why even the mighty National Football League — where Trump once tried to buy the Buffalo Bills —  is reeling from his attack and seeing ratings dip. The question is whether the backlash hurts him as well.