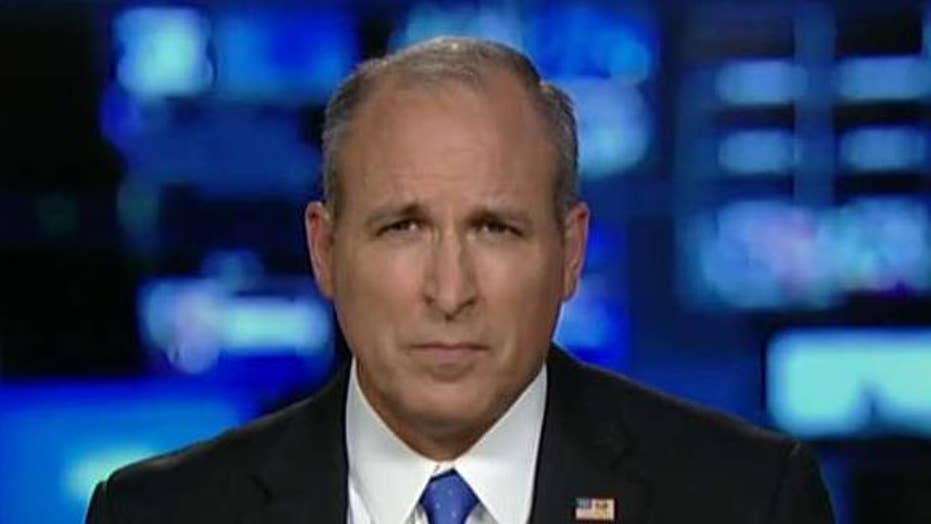 Rep. Ilhan Omar, D-Minn., continued attacking Immigration and Customs Enforcement (ICE) on Thursday, claiming that it was "un-American" for the agency to detain immigrants suspected of violating the law.

"It’s un-American to criminalize immigrants for wanting to come to this country for a better life. This is why ICE to be defunded," she tweeted.

She was responding to a report that ICE requested additional space for housing detainees in her home state of Minnesota. According to MPR News, Shelbourne County proposed meeting ICE's request by expanding its jail so that it could house 500 immigrant detainees.

About three-fourths of ICE detainees in 2018 had previous criminal convictions, MPR News reported. While ICE generally focuses on detaining immigrants with criminal histories, the agency arrests other illegal immigrants as well.

LAWMAKER LEE ZELDIN PUSHES BACK ON OMAR'S 'BIGOTRY' CHARGE: 'WE HAVE TO BE BETTER THAN THIS'

ICE did not immediately respond to Fox News' request for comment.

In 2018, ICE announced that it raided businesses in Nebraska and Minnesota, resulting in 133 arrests for immigration violations.

Omar, who has called for ICE's abolition, posted that tweet at a time when the United States faced a  "full-blown emergency" at the border and authorities struggled to house the massive influx of migrants. Her comments prompted plenty of pushback online.

Under President Trump's administration, Democrats vehemently denounced the immigration enforcement agency while some, like Omar, called for its abolition.

Omar previously called for a freeze in spending for the Homeland Security Department, which leads ICE and, in May, reiterated her call to abolish the agency.

"So what are we asking for? What we are asking for is very simple. We need to make sure that we cut, and not put increases on spending on detention facilities. We need to stop using DHS as a slush fund," she said.

"We need to abolish ICE and end all inhumane deportation and detention programs. We need to fight back against the criminalization of immigrants and those crossing the border. We need to create a fair and accessible path to legal status and citizenship for all undocumented people in the United States.”