Hipp on IG report: Chaos will ensue when Horowitz testifies

Rudy Giuliani says Comey could be prosecuted after release of the Justice Department's IG report.

The country is still digesting Justice Department Inspector General Michael Horowitz’s scathing report on the FBI and the DOJ’s handling of the Hillary Clinton email investigation, but more bombshells could be looming from the same team of investigators.

Horowitz, a former federal prosecutor, announced in March that he is probing allegations of government surveillance abuse, in light of memos released on Capitol Hill about FBI and DOJ efforts to obtain FISA warrants to surveil Trump campaign adviser Carter Page as part of its Russia investigation.

Attorney General Jeff Sessions has also said U.S. Attorney John Huber is investigating claims of FBI and DOJ misconduct related to these actions, noting that Huber would be “conducting his work from outside the Washington D.C. area and “in cooperation” with Horowitz.

Not much else is known about Horowitz’s review, though in March, the inspector general’s office said it “will consider including other issues that may arise during the course of the review” if circumstances warrant. The Clinton review took about 18 months.

While the report cited instances of bias - or the appearance of bias - Horowitz’s review found “no evidence that the conclusions by the prosecutors were affected by bias or other improper considerations.”

But the report made clear it was only speaking to the Clinton investigation. Most of the officials criticized in Thursday’s report also played significant roles in the early days of the Russia probe, which is looking at whether anyone on the Trump campaign coordinated with Russia during the 2016 election.

“Most of my fellow citizens would say, yeah, I want to know what Russia was doing to us in 2016 but I also want the person that is finding out and investigating it to be free of bias and free of taint,” House Oversight and Government Reform Committee Chairman Trey Gowdy, R-S.C., said Thursday on Fox News’ “Special Report.” 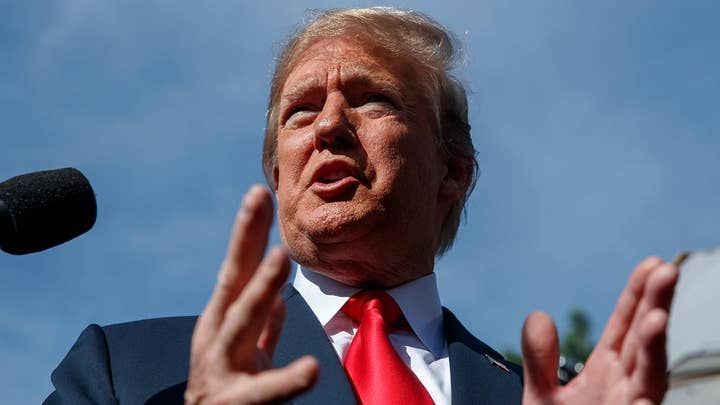 One of the most stunning findings concerns texts between agent Peter Strzok and bureau colleague Lisa Page.

According to the report, Page texted Strzok in August 2016 and said: “[Trump’s] not ever going to become president, right? Right?!”

Strzok was a lead investigator on the Clinton case and later worked the Russia investigation before being removed from that assignment.

On Friday, President Trump took aim at Strzok, pointing out his role in the Russia probe.

“FBI Agent Peter Strzok, who headed the Clinton & Russia investigations, texted to his lover Lisa Page, in the IG Report, that ‘we’ll stop’ candidate Trump from becoming President,” Trump tweeted. “Doesn’t get any lower than that!”

He also tweeted that he now has to "beat a phony Witch Hunt and all of the dishonest people covered in the IG Report."