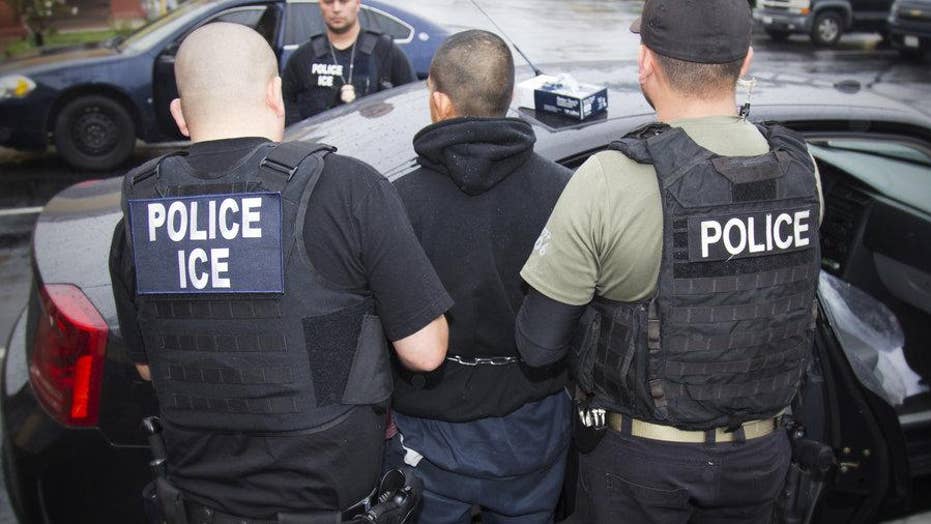 Federal immigration officials concluded Wednesday a days-long sweep of Northern California in the days since a warning of their raid was blasted out by a public official — a move which U.S. Immigration and Customs Enforcement (ICE) says “created another magnet for more illegal immigration.”

The arrests were part of a four-day targeted operation that ran from the Bakersfield area to the Oregon border.

Officials said that of the 232 people arrested, 180 of them “were either convicted criminals, had been issued a final order of removal and failed to depart the United States, or had been previously removed” from the country and came back illegally.

Another 115 "had prior felony convictions for serious or violent offenses, such as child sex crimes, weapons charges and assault, or had past convictions for significant or multiple misdemeanors."

Illegal immigrants residing in the Bay Area were given a heads-up about ICE’s raids when Democratic Oakland Mayor Libby Schaaf tweeted on Saturday that “multiple credible sources” told her the federal agency was planning to conduct an operation in the area as soon as Sunday.

Acting ICE Director Thomas Homan on Tuesday said that as a result of Schaaf’s warning, hundreds of "public safety threat criminals" in Northern California evaded arrest — and claimed her alert actually made the community “a lot less safe than it would’ve been” had those arrests been made.

Homan added on Fox News' "Fox & Friends" that the Department of Justice is "reviewing" whether Schaaf broke any laws.

In a statement Thursday, ICE said that “efforts by local politicians have shielded removable criminal aliens from immigration enforcement and created another magnet for more illegal immigration, all at the expense of the safety and security of the very people it purports to protect.”

The four-day raid was the second in California since a statewide sanctuary law took effect in January. Agents arrested more than 200 people last month in the Los Angeles area.

Fox News’ Michael Lundin and The Associated Press contributed to this report.