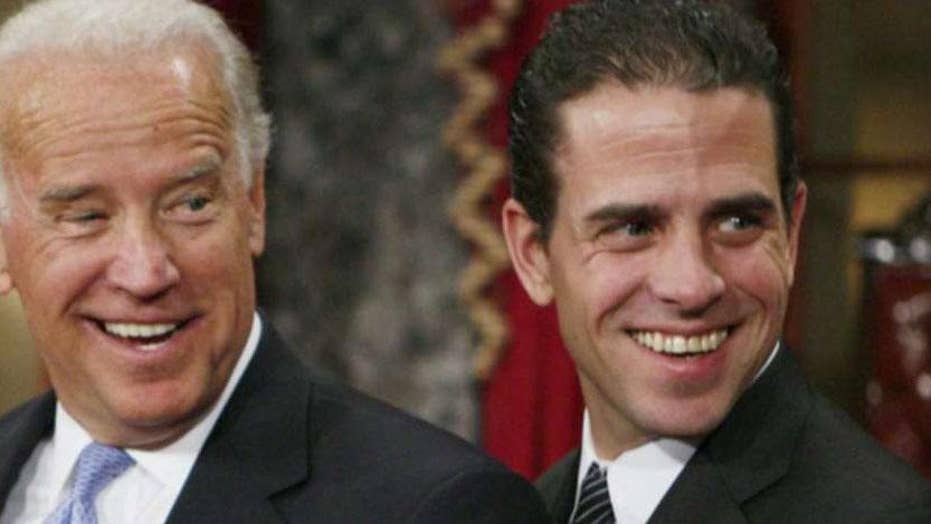 Hunter Biden, the son of former Vice President Joe Biden, said in an interview that aired Friday that he met, married and got matching "shalom" tattoos in less than a week after laying eyes on his current wife Melissa Cohen Biden, a filmmaker from South Africa.

Their wedding at Melissa's apartment six days later was so hastily thrown together that neither had their families in attendance and their wedding photos were taken by a friend on his cellphone.

Biden, who said he's still in the "honeymoon phase" of his marriage, said he's come clean with Melissa about his rocky past that includes his yearslong struggle with sobriety, getting kicked out of the Navy Reserve and dating his dead brother's wife.

The 49-year-old has been the target of Republican attacks for weeks over his business dealings in Ukraine and China. He pushed back on the narrative President Trump has falsely floated that he is in hiding.

"I live my life in the open. I get in my car in the morning and I go down the road and I get coffee and I go to the same place for lunch with Melissa and I go about doing my business and my work," he said, adding that he seeks solace in his art studio in California - a place that "literally keeps me sane."

Melissa, who recently became an American citizen, said she's not worried about the intense public pressure on her husband or how it might affect his sobriety.

"He's incredibly strong," she said. "We don't worry that much. I think we laugh a lot more than we worry and we try and stay in a very positive light." 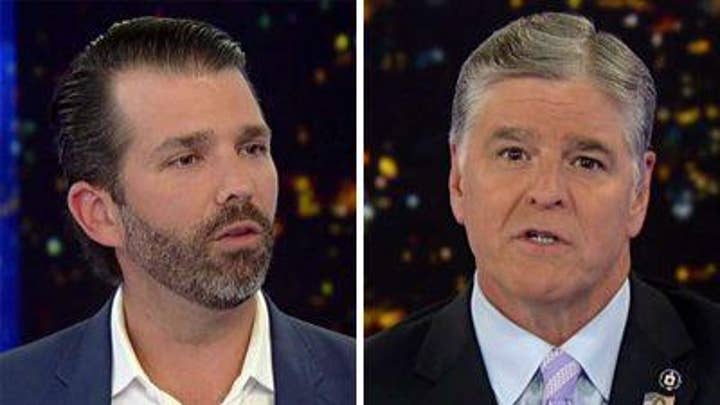 Biden, who has been thought of as a liability to his father's presidential bid in some Democratic circles, maintained his relationship with his father is strong and that they talk every day.

But it's fair to say that Biden's complicated professional life, coupled with his messy personal one, has had a negative impact on his father's third bid for the presidency.

A deeper look into the middle child of Joe Biden and Neilia Hunter shows a man who has spent his life in the shadow of his famous father and late brother Beau, and has often made impulsive and sometimes reckless decisions both personally and professionally.

His ex-wife Kathleen Biden, whom he married in 1993, filed a motion in D.C. Superior Court on Feb. 23, 2017 seeking to freeze Biden's assets. She claimed in court documents that were leaked to the New York Post that Biden had put the family on the brink of financial ruin by spending massive amounts of money in strip clubs and on drugs, alcohol and prostitutes. It was in that motion that Kathleen dropped the bombshell that Hunter Biden was dating Hallie, his late brother's widow.

He's been called out and taunted by President Trump, who is facing an impeachment inquiry over a quid pro quo with Ukraine, as well as his son Donald Jr., who complained on Fox News that Biden has gotten through life profiting off his famous father — an accusation Trump's own adult children have faced numerous times.

For Biden, the consequences stemming from his business dealings with a Ukrainian gas company were on full display this week.

George Kent, a State Department official focused on Ukraine policy, told Congressional investigators that he had raised concerns in 2015 about Biden's role in Burisma Holdings, a gas company in Ukraine, but was turned away by a Joe Biden staffer and told that the then-vice president didn't have the "bandwidth" to deal with Hunter Biden's issues because his eldest son, Beau, was battling brain cancer.

Kent testified in a closed-door hearing that he worried that Ukrainian officials would view Biden as a conduit for currying favor with his father but that the concerns had been brushed off.

Trump and his personal attorney, Rudy Giuliani, have also claimed that Biden used his father's position as vice president to secure $1.5 billion in loans for a Chinese private equity company, where he was a board member. There is currently o credible evidence to support this theory.

Still, earlier this week, Joe Biden pledged that no members of his family would engage in foreign deals if he were elected to be president.