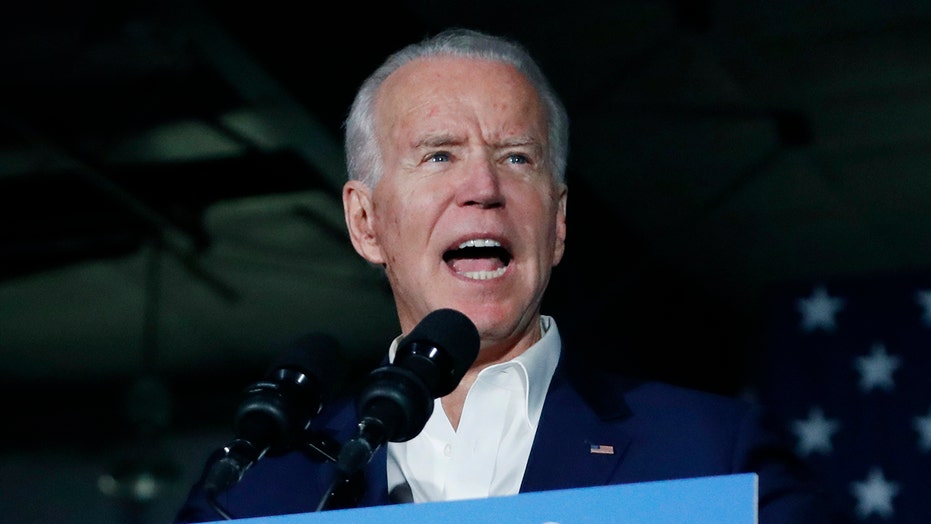 Are establishment Democrats and their allies in the media doing what they can to protect Democratic presidential candidate Joe Biden from looking feeble; reaction from Glenn Greenwald, co-founder of The Intercept.

Hunter Biden's attorneys have abruptly asked the Arkansas judge in his ongoing paternity case to postpone his scheduled March 11 deposition until after Election Day, saying the coronavirus outbreak, his wife's "imminent due date" and "intense media scrutiny" all pose a risk of "personal endangerment" for the former vice president's son.

Additionally, Biden's legal team argues he should not be held in contempt for failing to turn over a slew of financial documents related to child support. Republicans have said the information could contain damaging evidence of the younger Biden's overseas business dealings and possible corruption.

"Defendant's wife's due date is imminent," Biden's request for continuance reads. "Defendant will supplement this motion as soon as possible with an affidavit of his wife's treating physician."

Additionally, "it is unsafe for the Defendant to travel, as travel restrictions have been implemented both domestically and internationally, particularly on airlines, due to the Coronavirus. Setting aside personal endangerment, Defendant reasonably believes that such travel unnecessarily exposes his wife and unborn child to this virus."

Coverage from various media outlets -- including Fox News, The New York Times, NPR and The New York Post -- has led to "physical risks and logistics difficulties with travel to Arkansas," the motion continues.

It notes that Biden has already agreed to pay an undisclosed monthly amount of child support, retroactive to November 2018. That agreement came only after Independence County Circuit Court Judge Holly Meyer threatened to hold him in contempt, and led to a brief suspension in contempt proceedings. However, Meyer emphasized that she still had "insufficient" documentation to determine Biden's financial capacity to support the child.

As something of an olive branch, Biden's team notes in its new motion that it "has no objection to entry of an order continuing the temporary support for another nine months and rescheduling the deposition and hearing at the end of that period" -- this would be after the 2020 presidential election.

The lawyers are also offering to attend an upcoming hearing by phone and to appear for the deposition by videoconference.

The gambit faces a skeptical judge, who has already voiced doubt about repeated delays in the case.

“He needs to make himself available unless his hair is on fire,” Meyer said during a conference call with the attorneys on the case last month, according to the Arkansas Democrat-Gazette.

Last Friday, a blistering new filing from the mother of Biden's child in the paternity case argued that Biden should be held in contempt for continuing to defy a court order to turn over his financial information, flaunting his lack of "respect" for the legal process and undermining the interests of the child he has previously refused to support or even acknowledge. 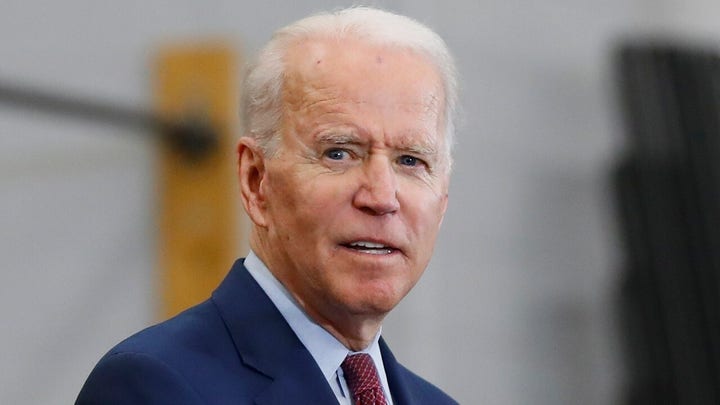 The motions come as Joe Biden has surged to front-runner status in the Democrats' presidential primary amid new questions over whether his son may have wrongly benefited from his father's position as vice president. The case threatens to surface new information about the younger Biden's overseas dealings in Ukraine, China and elsewhere during the Obama administration -- and the extent of his father's knowledge of those arrangements.

The previous filing from 28-year-old Lunden Alexis Roberts' legal team wasted little time in charging that Hunter Biden "continues to act as though he has no respect for this Court, its orders, the legal process in this state, or the needs of his child for support." It argues that the court "should take some action that will make the defendant follow court orders and a believer in the rule of law."

Specifically, Hunter Biden has not turned over information concerning his address, financial institutions he or his businesses use, a list of all the companies he "currently owns or in which he has an ownership interest and the state in which those companies are incorporated," or a list of "all sources of income for the past five years."

Additionally, the younger Biden has failed to produce a list of all "employers for the past five years," an unredacted copy of his tax returns, deeds for properties he owns and tax documents for companies in which he has any ownership interest.

Former  Vice President Joe Biden waves as he walks out of Air Force Two with his granddaughter Finnegan Biden and son Hunter Biden at the airport in Beijing Dec. 4, 2013.  (Reuters)

In his denial of the contempt motion, Hunter Biden said he had "provided the 2017 and 2018 personal tax returns" to the plaintiff in the case, and insisted that he had provided sufficient "updated financial information and documents through counsel."

He further argued he wasn't given sufficient notice of the deposition under Arkansas rules of civil procedure.

The previous judge in the case, Don McSpadden, said in December that Hunter Biden was "going to have to provide at least the last three years of tax returns." A Dec. 4 court order required Hunter Biden to turn over at a minimum "five most recent paystubs or five previous years" of tax returns, and a later order mandated both sides provide "their personal tax returns for the past five years; and ... any and all financial documents and information showing money or monies they received in the past five years."

Meyer, who now oversees the case, has said those orders are still in effect. Meyer had previously ordered Hunter Biden to appear in person for the same reason, but he temporarily avoided being held in contempt when he agreed to pay the monthly child support amount. At the time, Meyer noted she "lacks sufficient information" about Hunter Biden's finances to determine the appropriate child support totals, and temporarily delayed contempt proceedings until March 1.