Fox News correspondent Jacqui Heinrich joins 'The Daily Briefing' with the latest on this developing story.

The development, first reported by the Wall Street Journal, contradicts Joe Biden's October 2019 pledge to keep his family free of foreign entanglements if he was elected president.

"No one in my family will have an office in the White House, will sit in on meetings as if they are a cabinet member, will, in fact, have any business relationship with anyone that relates to a foreign corporation or a foreign country," the older Biden said at the time.

Hunter previously sat on the Chinese firm's board -- whose financial backers include the Bank of China -- before announcing in October 2019 that he would be stepping down over mounting scrutiny from his father's presidential bid.

His attorney, George Mesires, claimed that Hunter joined the board "based on his interest in seeking ways to bring Chinese capital to international markets" but said he had no role in the formation or licensure of the company.

He also pushed back on reports that it was founded 12 days after the younger Biden joined his father -- the then vice president -- aboard Air Force 2 for a trip to Beijing, arguing that Hunter did not own a stake in the company until Biden was out of office in October 2017, and received no return on his investment as of the date of his resignation. 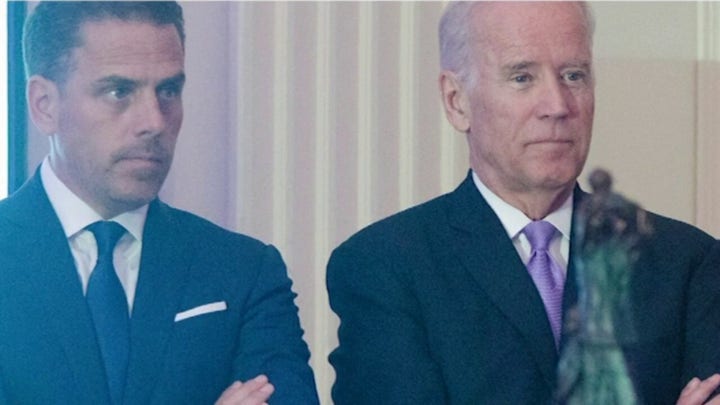 "To date, Hunter has not received any compensation for being on BHR’s board of directors," the statement reads. "He has not received any return on his investment; there have been no distributions to BHR shareholders since Hunter obtained his equity interest. Moreover, Hunter played no role in directing or making BHR’s investments. Hunter intends to resign from the BHR board of directors on or by October 31, 2019."

Mesires wrote that "Under a Biden Administration, Hunter will readily comply with any and all guidelines or standards a President Biden may issue to address purported conflicts of interest, or the appearance of such conflicts, including any restrictions related to overseas business interests. In any event, Hunter will agree not to serve on boards of, or work on behalf of, foreign owned companies."

A source close to Hunter told Fox News on Wednesday that he is still in the process of offloading his stake in the Chinese investment firm. The Biden transition team didn't return Fox News' request for comment.

The younger Biden has come under intense scrutiny over his business interests in Ukraine and China, as well as his father's alleged role in them. Hunter revealed on Dec. 9 that his "tax affairs" are under federal investigation, prompting calls from high-level Republican lawmakers urging President Trump to appoint a special counsel to investigate the matter.

"I learned yesterday for the first time that the U.S. Attorney’s Office in Delaware advised my legal counsel, also yesterday, that they are investigating my tax affairs," Hunter said in a statement at the time. "I take this matter very seriously but I am confident that a professional and objective review of these matters will demonstrate that I handled my affairs legally and appropriately, including with the benefit of professional tax advisors."

A well-placed government source told Fox News that Hunter is a "subject/target" of a grand jury investigation, but that Joe Biden is not a subject at this time.