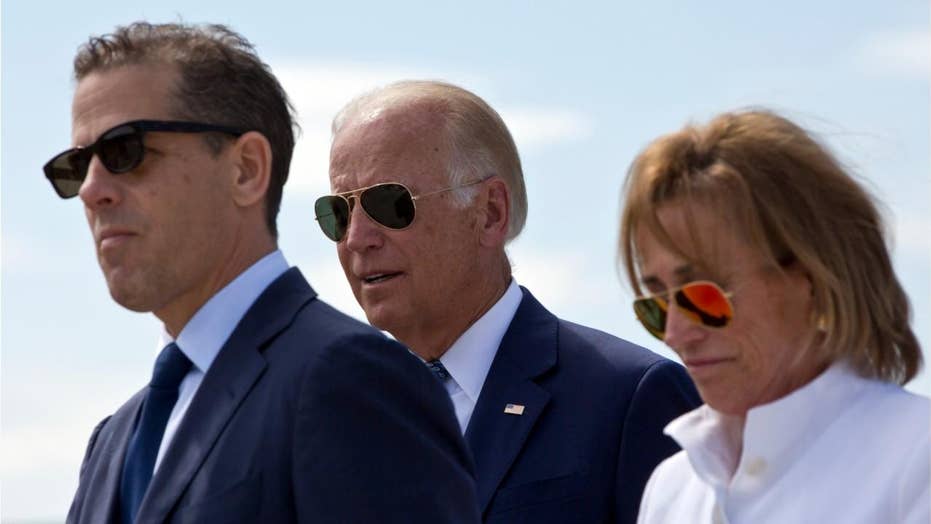 One Arkansas mother says Hunter Biden is the father of her 14-month old child. Biden has agreed to take a DNA test for the paternity case.

Hunter Biden on Monday agreed to submit to a DNA test in response to a paternity claim filed by a woman in Arkansas who said the embattled son of the 2020 Democratic hopeful Joe Biden is the father of her 14-month-old child, according to court documents.

Lunden Alexis Roberts, 28, filed a claim on May 28 in Independence County, Ark., seeking to establish the paternity of her child. The child, identified in court documents as “Baby Doe,” was born in August 2018, the Courthouse News Service reported. The sex of the child was not disclosed.

Attorneys for Biden, 49, wrote in a motion that they expect the DNA test to be completed by Nov. 1 and that he and the child’s mother “are currently discussing protocol and procedure for administering the paternity test.”

Court documents claim that Biden “verbally admitted” to her that he was the child’s father despite denying it “to the media and the court."

Roberts, who graduated from Arkansas State University in 2014, said she met Biden in Washington while she was a graduate student at George Washington University, the Courthouse News Service reported.

Biden claimed he didn't respond sooner to a request for a paternity test due to the fact that he was not properly served with a summons and a copy of the lawsuit at his West Hollywood apartment.

Biden lives in California with his wife of five months, Melissa Cohen Biden, a filmmaker from South Africa whom he met, married and got matching “shalom” tattoos in less than a week after first meeting each other, he told ABC News.

The 49-year-old's controversial decision to accept a high-paying position at a gas company in Ukraine with little to no experience has become the backdrop of a whistleblower complaint against President Trump and is reshaping the 2020 presidential race amid a Democrat-led impeachment inquiry in the House. Trump has repeatedly accused Hunter Biden of ethical lapses and profiting off his father's time as vice president.