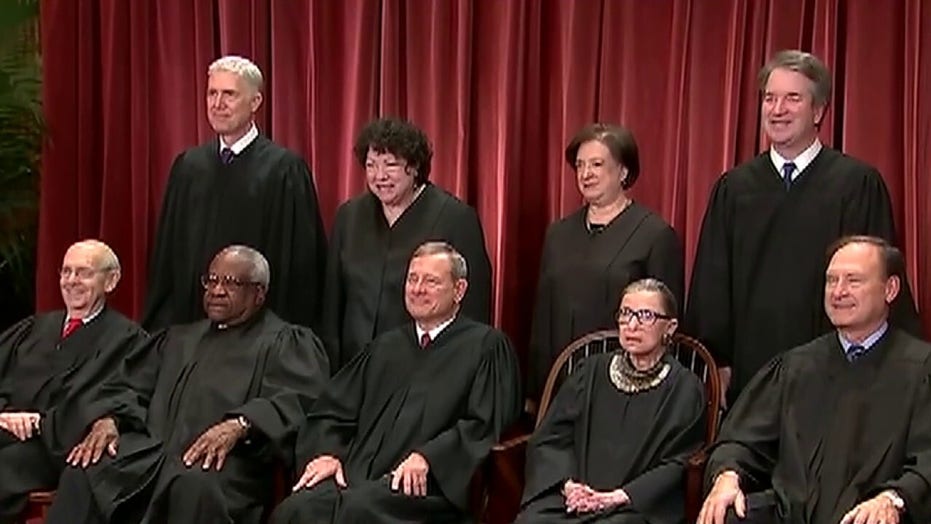 The Supreme Court has taken the unprecedented step during the coronavirus pandemic to hold remote oral argument sessions, which are streamed live to the public.

The court will hear oral arguments for 10 cases over the next two weeks. Here’s what to know:

FoxNews.com will be streaming all oral arguments, which are set to begin at 10 a.m.

This is the first time the public has ever heard oral arguments play out in real time. Unlike the usual free-for-all questioning, justices will speak one at a time in order of seniority, giving them an equal opportunity for questioning.

What to watch this week:

The Supreme Court opened its first remote session with a patent case about whether Booking.com could trademark its name even though a 1946 law bans the trademarking of general terms, such a "booking.” Booking.com argues that by adding ".com" to the end of its trademark, the term is no longer generic and it should be allowed to be trademarked.

The court will hear a free expression case over whether the U.S. Agency for International Development can withhold funding if the Alliance for Open Society International, an organization in George Soros’ philanthropic network that fights HIV/AIDS worldwide, does not require its foreign affiliates to adopt the government’s position opposing prostitution.

Congress has the authority to place conditions on organizations that receive federal funding, but those conditions cannot violate the constitutional rights of recipients.

These two cases will be consolidated.

After nearly 10 years of litigation, Little Sisters of the Poor will be back at the Supreme Court to decide whether or not the group is required to include contraceptives in its health care plans. The group went to the high court over the issue before, and the court threw it back to the states. The Trump administration intervened in 2017 with an executive order saying Little Sisters is protected from “undue interference from the federal government.” In 2018, Health and Human Services Secretary Alex Azar built upon the executive order by exempting religious nonprofit groups from ObamaCare’s contraception mandate.

In 2016, the American Association of Political Consultants, Inc. and three other plaintiffs challenged the constitutionality of a part of the Telephone Consumer Protection Act. It gave the government an exception in an automated call ban, allowing the government to use a prerecorded voice to collect debts.

Petitioners now ask “Whether the government-debt exception to the TCPA’s automated-call restriction violates the First Amendment, and whether the proper remedy for any constitutional violation is to sever the exception from the remainder of the statute.”