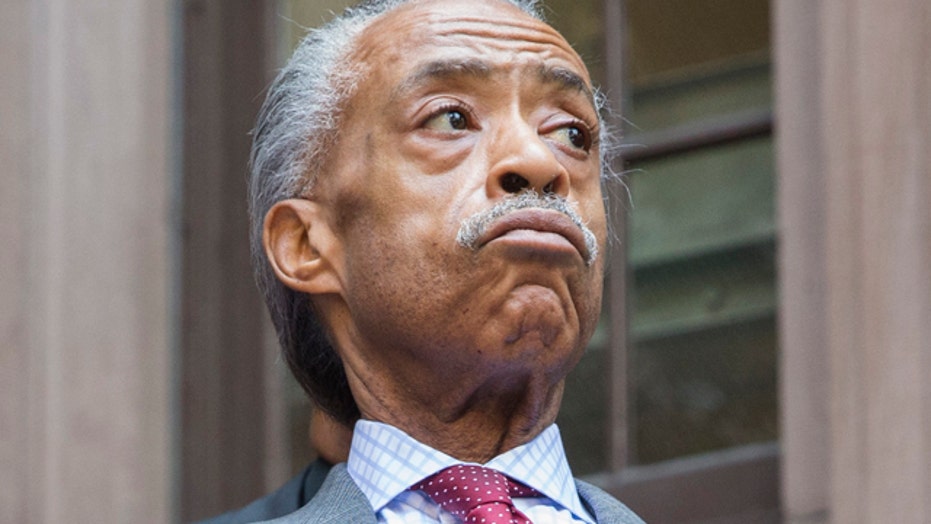 Al Sharpton is again working both sides of the street, and it’s paying off for him.

As he’s inserted himself into the tense situation in Ferguson, he’s had an assist from none other than the president of the United States.

And he continues to bask in the spotlight at MSNBC, where he uses his nightly cable show to advance the causes he fights for as a civil rights activist.

But these two roles are increasingly coming into conflict. It happened last year with the killing of Trayvon Martin, and it’s happening again with the death of Michael Brown.

Sharpton is scheduled to deliver the eulogy at Brown’s funeral today. On Saturday, he led a rally on Staten Island to protest the death of a black man who police had placed in a chokehold. Tonight, on his show “Politics Nation,” he’ll undoubtedly be covering the very same events.

This is wrong on so many levels, and most news organizations wouldn’t allow it. MSNBC has defended this outrageous conflict of interest, saying people know who Sharpton is and where he stands.

But you can’t be a player and cover the game at the same time. That’s especially true now that we know more about Sharpton’s role as essentially an Obama operative.

In Ferguson, Politico reports, “Sharpton established himself as a de facto contact and conduit for a jittery White House seeking to negotiate a middle ground between meddling and disengagement.”

Reporter Glenn Thrush says that “the White House, as the crisis following Brown’s death seemed to flare out of control, worked extensively behind the scenes to maximize The Rev’s doing what he does, using him as both a source of information and a go-between. After huddling with Brown’s family and local community leaders, Sharpton connected directly with White House adviser and First Friend Valerie Jarrett, vacationing in her condo in the exclusive Oak Bluffs section of Martha’s Vineyard, not far from where President Obama and his family were staying.”

So Sharpton is working the back channels on the administration’s behalf. That means MSNBC, through one of its most prominent hosts, is in cahoots with the White House. Plenty of pundits at the liberal-leaning network defend Obama, but when Sharpton does it, viewers may not realize that they’ve forged a political partnership.

The source of much of this, not surprisingly, is Sharpton, who spoke to Politico on the record.

I’ve covered Reverend Al for a long time, going back to the Tawana Brawley case. He never apologized for peddling what turned out to be bogus gang-rape allegations by a young woman in upstate New York, even told me afterward that he still believes her. There have been other racial incidents in which Sharpton has played an incendiary role.

He seemed to have matured when he mounted several political races, including a presidential bid in 2004. He formed an alliance with Obama in 2008, especially after Jesse Jackson was overheard cursing out the candidate.

“Eventually, Sharpton…carved out a unique role, defending Obama’s actions to black critics,” Politico says. “In 2010, when the influential black radio host Tavis Smiley hit Obama for failing to articulate a ‘black agenda’ on jobs, Sharpton shot back, calling Smiley’s charge ‘stupid’ and accusing him of playing into the hands of Obama’s conservative critics.”

When a racial controversy erupts, Sharpton is there. He has a vested interest in keeping it alive, which keeps him in the spotlight.

In the Trayvon case, he met with the family and its attorney, Ben Crump (who is also representing Michael Brown’s family). One minute, he was speaking as their advocate. The next, he was interviewing them on his show. This isn’t blurring the lines, it’s obliterating them.

Now we see the same syndrome in the Ferguson tragedy. Sharpton with the family. Sharpton leading rallies. Sharpton quietly working with Obama. Sharpton denouncing the police on MSNBC. How is this allowed?

Let me be clear: Al Sharpton is entitled to say anything he wants, both as a civil rights activist and as a commentator. But for him to do both simultaneously is a travesty.