Agent Brian A. Terry, 40, was killed on Dec. 14 near Rio Rico, Ariz., according to a statement released by U.S. Customs and Border Protection officials. (FNC)

A U.S. law enforcement operation intended to crack down on major weapons traffickers on the Southwest border spiraled out of control as federal agents were told by superiors to "stand down" and ignore weapons bought in Arizona headed for Mexico, a House panel heard Wednesday.

Three federal firearms investigators told the House Oversight and Government Reform committee that they wanted to "intervene and interdict" loads of guns, but were repeatedly ordered to step aside.

"Allowing loads of weapons that we knew to be destined for criminals -- this was the plan," John Dodson, a Bureau of Alcohol, Tobacco, Firearms and Explosives agent, testified to the panel. "It was so mandated."

He added: "My supervisors directed me and my colleagues not to make any stop or arrest, but rather, to keep the straw purchaser under surveillance while allowing the guns to walk."

ATF agent Olindo James Casa said that "on several occasions I personally requested to interdict or seize firearms, but I was always ordered to stand down and not to seize the firearms."

Rep. Darrell Issa, chairman of the panel, has spearheaded the congressional investigation into the ATF's "Operation Fast and Furious." He said the hopes of scoring a knockout blow against the Mexican cartels badly misfired, and then continued over the objections of federal agents.

The program came to a crashing halt in January with the death of U.S. Border Patrol Agent Brian Terry. Two guns purchased under ATF surveillance were found near Terry's corpse, but it is unknown whether they were used in his death.

Peter Forcelli, an ATF supervisory special agent who testified at the hearing, told Fox News that tracking the bullet and gun that killed him depended on the evidence. A projectile recovered from the corpse can be matched with a murder weapon, he said.

"But with a rifle, the possibility exists that the round would penetrate the body and body armor and possibly never be recovered," he said. "And if that happens, you can't show that weapon was utilized in the homicide because you are missing that piece of ballistic evidence. That's where you would rely on witnesses or other types physical evidence found at the scene."

Members of Terry's family appeared before the committee Wednesday, asking how it happened and what will be done to ensure it doesn't happen again.

"We hope that all individuals involved in Brian's murder, and those that played a role in putting the assault weapons in their hands are found and prosecuted to the full extent of the law," said Robert Heyer, a cousin of Terry.

Sen. Charles Grassley, R-Iowa, said accountability is needed and the only question is how high does it go.

"The president said he didn't authorize it, and that the attorney general didn't authorize it. They have both admitted that quote unquote a serious mistake may have been made," he said. "There are a lot of questions and a lot of investigating to do, but one thing has become clear already -- this was no mistake."

Assistant Attorney General Ronald Weich said that an investigation and prosecution continues into Terry's shooting death, which has led to the indictment of at least one suspect who is in federal custody.

"Operation Fast and Furious is a criminal investigation—led by U.S. Attorney’s Office prosecutors and ATF agents—aimed at dismantling a significant transnational gun-trafficking enterprise and the network of those who support the enterprise’s criminal efforts, an investigation which has led already to the indictment of 20 defendants," he said.

Issa's hearing came one day after his panel released a draft report concluding the busted operation was a deadly strategy that left a trail of blood and bodies throughout the Southwest. The report concluded that a reckless and irresponsible chain of command ignored repeated warnings the plan would fail.

"You've got people who are dead, you have weapons that are missing and you have an administration that doesn't seem to want to take any accountability for it," said Rep. Jason Chaffetz, R-Utah, and a member of the panel. "There is absolutely no justification, no justification for this. There are people that are going to have to be held accountable."

Findings from the preliminary report include:

-- Agents expected to interdict weapons, yet were told to stand down and “just surveil.” Agents therefore did not act. They watched straw purchasers buy hundreds of weapons illegally and transfer those weapons to unknown third parties and stash houses.

-- ATF agents complained about the strategy of allowing guns to walk in Operation Fast and Furious. Leadership ignored their concerns. Instead, supervisors told the agents to “get with the program” because senior ATF officials had sanctioned the operation.

-- Agents knew that given the large numbers of weapons being trafficked to Mexico, tragic results were a near certainty.

-- Operation Fast and Furious contributed to the increasing violence and deaths in Mexico. This result was regarded with "giddy" optimism by ATF supervisors hoping that guns recovered at crime scenes in Mexico would provide the nexus to straw purchasers in Phoenix.

That last finding is sure to anger Mexico, which has so far been muted in its criticism. In a March 2010 memo, ATF says it allowed gun smugglers to buy 359 guns while 958 people died in Mexico the same month. Internally, the agency was "trumpeting up the violence that was occurring as a result of an ATF sanctioned program." 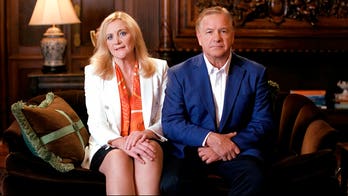 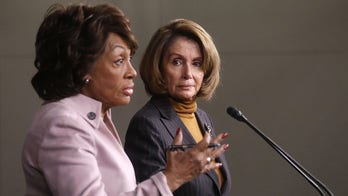