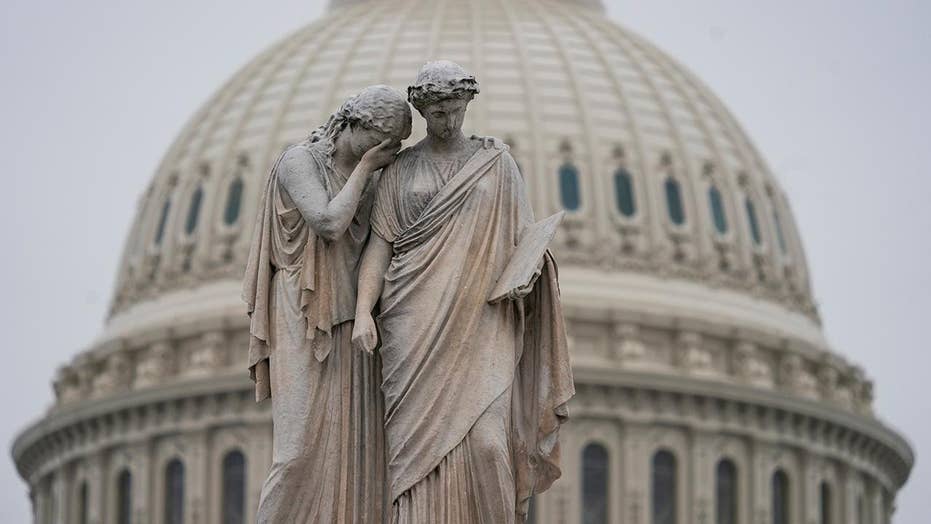 Democratic lawmakers fought back against the Defense Department on Tuesday over its plan to shift up to $1 billion in military funds to pay for 57 miles of fencing along the U.S.-Mexico border, with the head of the House Armed Services Committee calling it "unbelievably irresponsible."

The Pentagon notified Congress late Monday that it had authorized the transfer of funds under a federal law allowing it to "construct roads and fences and to install lighting to block drug-smuggling corridors across international boundaries of the United States in support of counter-narcotic activities of Federal law enforcement agencies."

Armed Services Committee Chairman Adam Smith, D-Wash., said in a statement that Congress had entrusted the Defense Department with the ability to redirect a limited amount of funds "to give them additional flexibility to manage day-to-day operations. DoD’s recent notification of its intent to use that process to reprogram $1 billion without Congressional approval is a violation of that trust."

During a hearing with acting Defense Secretary Patrick Shanahan and other Pentagon leaders, Smith sent a letter from the committee to the Defense Department denying its formal request to shift the money. The panel doesn't have the legal authority to block the transfer but could make changes in the law to block any funding shifts in the future.

"You are not asking for our permission," Smith told Shanahan. "Now you understand the result of that likely is that the appropriations committee will no longer give the Pentagon reprogramming authority."

In response, Shanahan told lawmakers that he knew using funds for the border wall ran the risk of losing the lawmakers' trust.

"We said, 'Here are the risks, longer-term, to the department,'" the acting secretary said. "And those risks were weighed and then, given a legal order from the commander-in-chief, we are executing on that order."

One congressional aide told Fox News that the Pentagon redirecting the money over the objections of lawmakers was "breaking decades-long tradition on Capitol Hill."

David Norquist, the department's budget chief, told lawmakers the money to pay for the construction in the Yuma and El Paso border sectors will come from an Army personnel account. That branch of the service was short of its 2018 recruiting target by over 6,000 new soldiers.

Shanahan had intended to use funds from an existing Pentagon counter-narcotics account toward the border barrier, but officials told Fox News on Tuesday that there was only approximately $85 million in that account.

The Pentagon last week sent to Capitol Hill a list of more than 400 military construction projects, totaling about $13 billion, that might be tapped for wall funding. But Shanahan has said that any money for military housing or barracks would not be touched, as well as any projects that will have contracts awarded before the end of the fiscal year, Sept. 30. When those projects are removed, about 150 remain, totaling about $4.3 billion.