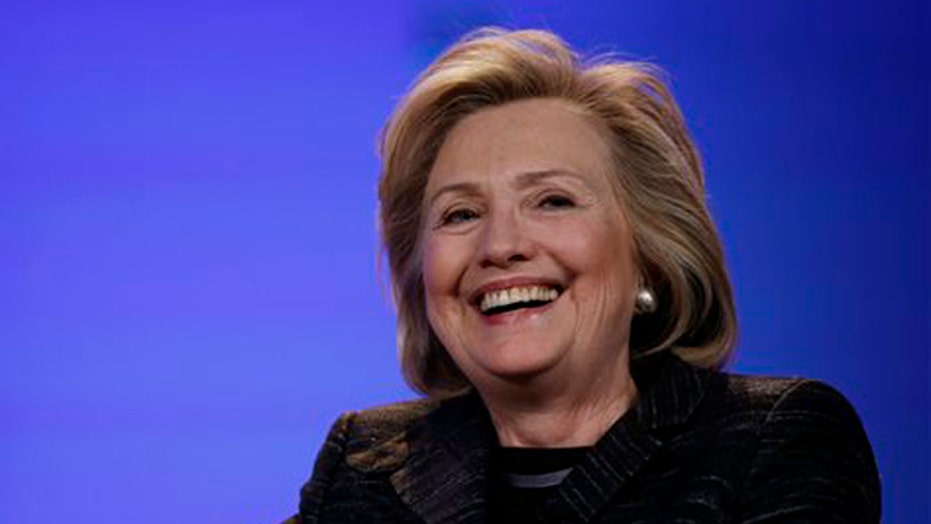 Why that's a problem for Hillary

It’s not surprising that Hillary Clinton was the constant target of attacks at CPAC, second only to Barack Obama.

What was striking is how many of those barbs involved foreign money. And that didn’t require much explanation.

I was in the audience when Ted Cruz joked that the former secretary of State could have been there, but no one could find a foreign government to foot the bill.

The more I think about it, the more I find it inexplicable that the Clinton Foundation created this mess. It was entirely predictable that the foreign cash story would blow up as Hillary was gearing up to run for president, creating yet another financial controversy for the dominant Democratic front-runner.

But critics of the liberal media should take note of how the story surfaced. The news side of the Wall Street Journal revealed that the foundation had dropped its self-imposed ban on taking dough from foreign governments now that Hillary was no longer in Obama’s Cabinet.

Then the Washington Post advanced the story with two strong pieces, the second of which said:

“The Clinton Foundation accepted millions of dollars from seven foreign governments during Hillary Rodham Clinton’s tenure as secretary of state, including one donation that violated its ethics agreement with the Obama administration.”

And there was damning detail: “In one instance, foundation officials acknowledged they should have sought approval in 2010 from the State Department ethics office, as required by the agreement for new government donors, before accepting a $500,000 donation from the Algerian government.”

So even when Clinton was secretary of State, foreign regimes looking to curry favor with the administration were able to use the backdoor route of the foundation run by her husband. These included Kuwait, Qatar and Oman. And the foundation didn’t even follow its own rules.

What’s more, what is now the Bill, Hillary and Chelsea Clinton Foundation thinks it’s all right once again to solicit foreign governments that of course would love to buy influence with a potential president.

A New York Times editorial urged Hillary “to reinstate the foundation’s ban against foreign contributors” and “reassure the public that the foundation will not become a vehicle for insiders’ favoritism, should she run for and win the White House.”

When you’re a Democrat and lose the Times editorial page, you’re in trouble.

Now the broadcast networks have largely blown off the story, except for half a minute on CBS. But I have seen it on CNN and MSNBC as well as Fox.

“I wrote a couple weeks ago that this was ethically sleazy and politically stupid. I stand by those words and actually, what we’ve seen since then, I think I’ll double down on them. Again, this proves that the Clintons’ biggest blind spot for all — the admirable things about them is — the biggest blind spot is they actually think that the ends justify the means.”

On yesterday’s “Fox News Sunday,” former Democratic Rep. Jane Harman made no attempt to defend the Hillary situation, saying the appearance is “poor.”

Even the liberal New Republic is uncomfortable, saying “it’s worth questioning why the Foundation has accepted those donations in recent years, particularly in 2014 with the 2016 cycle about to get going. The Foundation had to know that accepting foreign donations would generate negative coverage and would give Republicans an easy way to attack Hillary.” The magazine’s mild verdict? Poor judgment.

Even a Salon headline says: “The Clinton Foundation’s Fundraising Is a Big Problem for Hillary.”

All this is happening while Hillary continues to give big money speeches, a subject that has brought her enormous political grief.

There’s no question that the foundation donations have gone to such worthy causes as earthquake relief and cheaper HIV drugs. But the appearance created by a foreign money pipeline is awful, as even Hillary’s defenders recognize.

The whole mess was utterly avoidable, and even now it’s hard to understand why the Clinton team is providing fodder for places like CPAC.