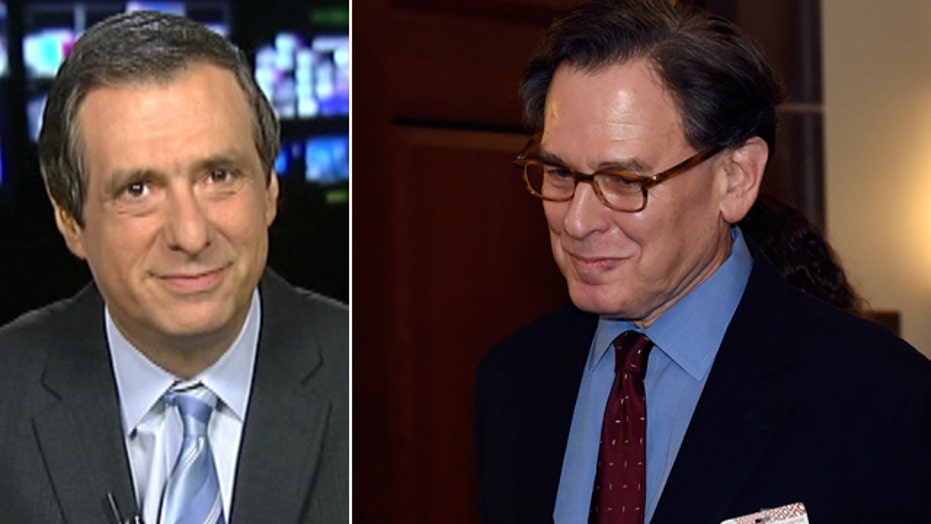 For someone who keeps her distance from the media, Hillary Clinton and her team spend a lot of time working the media.

That’s my takeaway from the latest batch of her private e-mails—as well as utter amazement at how her pal Sid Blumenthal was so actively advising her, even after being barred from State Department employment by the Obama administration.

Take the case of Les Gelb, a longtime New York Times reporter and a State Department official in the Carter administration, who wanted to profile Hillary for Parade magazine.

As Democratic fundraiser Lynn Forester de Rothschild wrote her, “He would like to do a day in your life, when you meet with members of Congress and international figures. He wants to show the impact you are having domestically and internationally. He said he would give you a veto over content and looked me in the eye and said, ‘she will like it’.”

A veto over content! That is a journalistic no-no, ceding control to your subject in exchange for access. Gelb denied making such a promise, telling Politico that was BS and that he only cleared the piece for fact-checking and made no changes.

Clinton’s response—besides asking whether it would be a cover story--was to set things up for Gelb’s benefit: “We should create a day--meeting w Webb about Burma, McCain/Lieberman/Graham about Af-Pak, etc. Meeting w Mitchell/Holbrooke etc.”

Gelb’s 2009 piece began: “‘We’re going to work you to death,’ Hillary Clinton promised me with a laugh …‎ W‎hat I think I glimpse beneath the unflagging smile and constant concentration is a very tired person—tense, frustrated, but absolutely determined to make her tenure as Secretary of State a success and to accomplish important things.”

(Hat tip to Mother Jones for flagging that exchange.)

Paul Begala, the CNN commentator (and onetime Clinton White House official) got a mash note from a top State Department official for helping raise $500,000 for Hillary’s 2008 campaign expenses (“You put a serious hole in HRC debt!”). Begala then asked for talking points for evaluating Hillary’s performance at that point in 2009 and was referred to several State Department officials. He reported back: “I gave Sec. Clinton an A+ in our dopey CNN report card last night.”

Now Begala is pretty candid about being a pro-Hillary partisan, but the degree of coordination for the “dopey” segment is still a bit eye-opening.

A very different view of Fox News—no shock there—when a Clinton pal wrote that Massachusetts state rep Hank Naughton did a great job in discussing Afghanistan on Fox that morning.

Hillary wrote back, "Yeah for Hank! Maybe he will become a regular. Those shows need at least one sane realistic voice."

There are also nuggets about Hillary’s frustrations with the White House, such as when she showed up for a national security meeting: “I arrived for the 10:15 mtg and was told there was no mtg,” she wrote her staff. “This is the second time this has happened. What’s up???”
‎
I also loved this insight into the Clinton marriage: Longtime Bill aide Doug Band writing to Hillary chief of staff Cheryl Mills that the ex-president had agreed to serve as special U.N. envoy to Haiti: “WJC said he was going to call HRC but hasn’t had time.”

In a more serious vein, Sid Blumenthal’s role as a backstage string-puller is stunning. We knew from an earlier document dump that the former Clinton White House aide was advising Hillary on Libya, while trying to work business deals in Libya, while being paid more than $300,000 a year by the Clinton Foundation, Media Matters and two related liberal groups.

Now it turns out that Blumenthal was feeding the secretary his views on a whole range of issues—and they were so close that she emailed him at 10:30 one night, asking if he was awake so she could call.

When Tony Blair was trying to become president of the European Council, Blumenthal wrote Hillary that “Tony is somewhat downcast on his chances” and suggesting she “weigh in” with European officials.

At one point, Hillary’s planning director told the boss that “the speechwriting crew is taking Sid’s points below and massaging them into a set of remarks.”

Blumenthal also advised the secretary on media strategy, as when he forwarded articles involving Iranian elections and “CIA/torture,” urging her not to comment:

“Jane Mayer’s piece details the many moving and uncontrolled parts of the torture debate, which has become chronic and will flare up again and again,” he said of the story. “The ‘distraction’ will not go away. I would avoid ever being drawn into commenting on any aspect.”

(A nice roundup at Politico.)


Any government official, of course, is entitled to seek outside counsel. But there’s something unnerving about the shadowy role played by Blumenthal, which State Department officials did not want to become public. And thanks to the private email server, it didn’t—until now.