Hillary Clinton and her closest confidant Huma Abedin traveled to India this weekend to attend a lavish wedding hosted by the country's richest family that has generously donated to the Clinton Foundation.

The former Democratic presidential candidate and her aide are attending a nearly weeklong celebration of the marriage of Isha Ambani, the 27-year-old daughter of Mukesh Ambani, India’s richest and the world’s 19th richest man whose wealth valued around $43 billion.

The presence of Clinton and Abedin is unsurprising since the bride's father has been working with Clinton’s foundation for years, donating hundreds of thousands of dollars to the controversial non-profit. 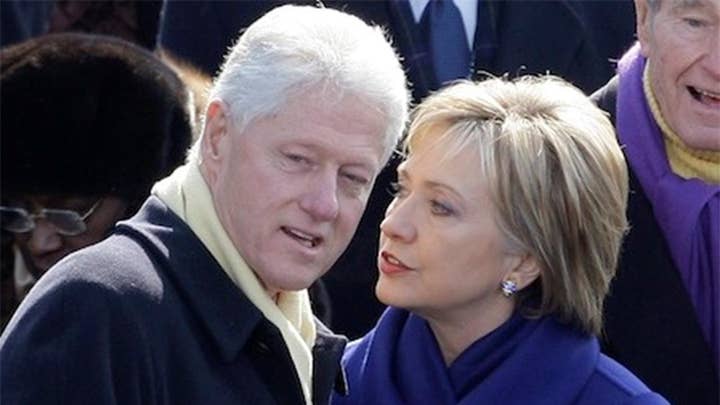 Clinton also reportedly dined with the Ambanis in March after her speech at a conference in Mumbai.

She visited the family’s Mumbai home named Antilia that has 27 stories, three helipads and rumored to be the second most expensive property in the world – just after Buckingham Palace in England, according to the Washington Post.

The attendees of the wedding – including Arianna Huffington, Priyanka Chopra and Nick Jonas, and much of the Bollywood – were flown in by private planes and brought by luxury sedans.

They were given access to an app that detailed the wedding’s activities. On Sunday, Beyoncé performed at the pre-wedding party. The artist posted a photo on Instagram of one of her outfits and a video giving a sneak peak of her performance.

In this Sunday, Dec.9, 2018 photo, singer Beyonce arrives at the Udaipur airport in Rajasthan, India. According to local reports Beyonce was in India to perform at a pre-wedding celebration of for Isha Ambani and Anand Piramal. (AP Photo/Rohit Kothari)

According to the Daily Mail, Abedin is attending the wedding with Clinton as her aide rather than on her own as another attendee of the ceremony.

The bride shared a picture of picture with Clinton, with Abedin seen in the background.

But Clinton isn’t attending the main night on Wednesday, when the wedding ceremony will actually occur, and reportedly flew back home on Monday. 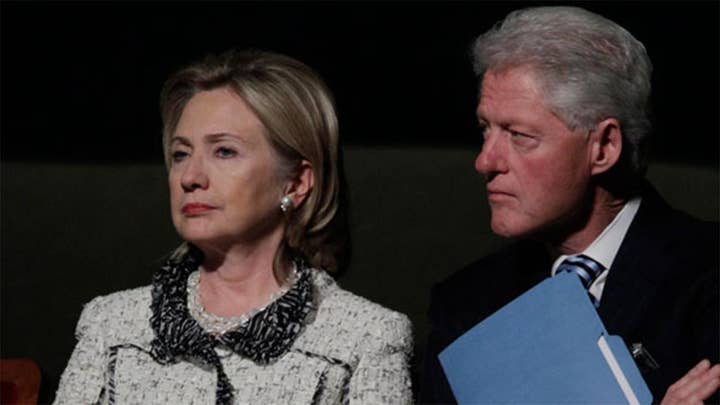 It remains unclear if Bill Clinton was also scheduled to attend the wedding. Both Clintons were seen together during the funeral of George H.W. Bush.

The Clintons recently kick-started their speaking tour, which is currently on pause and set to return in the coming months.

The tour so far hasn’t been the resounding success once could have hoped for, with the former president and former secretary of state speaking in largely empty audiences, while the ticket prices are plummeting.