Former Republican presidential candidate Herman Cain has been hospitalized and is being treated for COVID-19, according to a statement Thursday.

Cain’s staff announced on Twitter that the 74-year-old businessman was admitted to the hospital near Atlanta on Wednesday, but is doing well and is not on a ventilator. Cain was notified on Monday that he had tested positive for the novel coronavirus and by Wednesday had developed symptoms serious enough that he required hospitalization, the statement said.

His staff said they don't know how Cain became infected.

“There is no way of knowing for sure how or where Mr. Cain contracted the coronavirus, but we do know he is a fighter who has beaten Stage 4 cancer,” Cain’s staff said on a message posted on social media. “With God’s help, we are confident he will make a quick and complete recovery.”

Cain was diagnosed in 2006 with stage 4 colon cancer that metastasized to his liver and was given a 30 percent chance of survival. He successfully underwent chemotherapy and has been in remission since.

Cain, who successfully steered food chains like Burger King and Godfather’s Pizza to profitability and served as chairman of the Federal Reserve Bank of Kansas City, shot to national prominence in 2012 when he launched a bid to be the Republican presidential nominee. While he had a strong following among Tea Party activists and led in the polls at one time, his campaign was derailed when he was accused of sexual harassment and misconduct during his time as CEO of the National Restaurant Association in the late 1990s. He vehemently denied the claims but dropped out of the race. 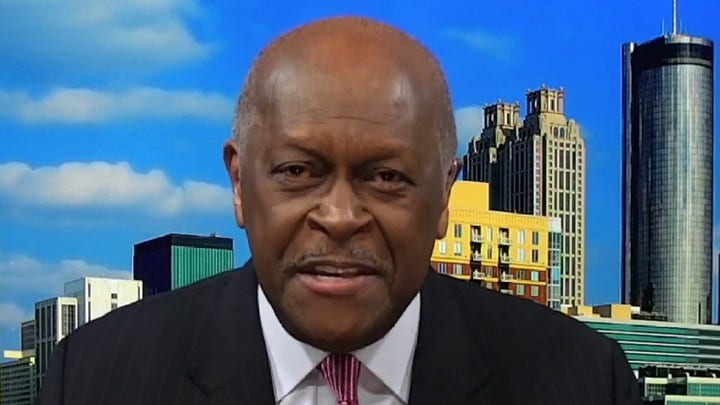 Following his 2012 presidential bid, Cain launched THE New Voice, an advocacy group focused on tax reform, energy policy, and national security, and has become a frequent commentator on news outlets.

Most recently, Cain attended President Trump's campaign rally in Tulsa, Okla., tweeting a photo from the June 20 event with other supporters.