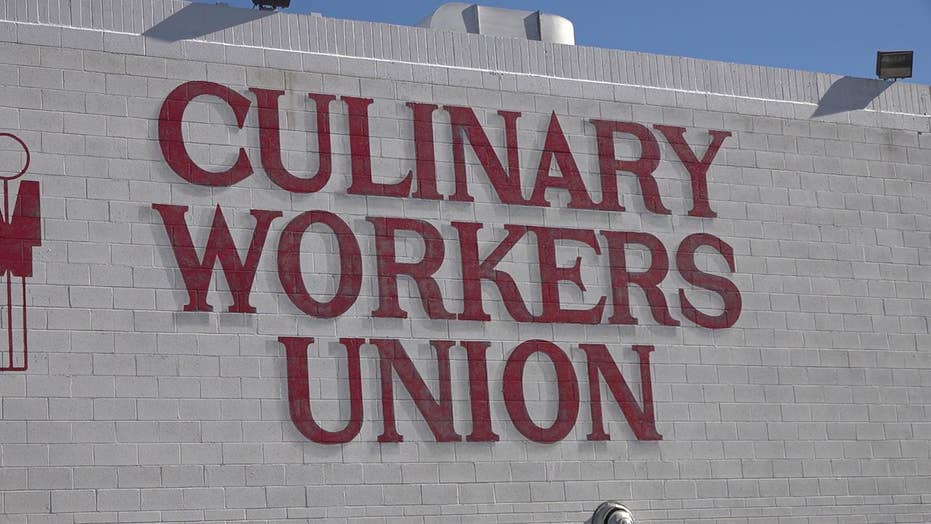 2020 Democrats vying for Culinary Union support ahead of Nevada caucuses

Backing from the Culinary Workers Union Local 226 could be pivotal in determining who wins Nevada, and union members are intent on ensuring whoever receives the coveted endorsement provides a commitment to leaving the union’s hard-fought health care plan untouched.

LAS VEGAS -- With the Nevada caucuses just under two months away, presidential candidates have been making a final push in the Silver State to court one of the most sought-after voter bases – union workers.

The Culinary Workers Union, one of Nevada’s most influential organizations, along with its parent union, Unite Here, has been hosting the top-tier Democrats over the past month to make their sales pitches to union members, some of whom said they’re afraid their hard-fought health care plans could be in jeopardy under a policy similar to “Medicare-for-all.”

“We know every family needs to have health care, but at the same time the Culinary Union members say, you know, they have the best health care in Nevada,” Geoconda Argüello-Kline, the secretary-treasurer for the Culinary Workers Union Local 226, told Fox News. “People, they are willing to sacrifice everything to protect health care.”

While Argüello-Kline told Fox News the union will continue to listen to the candidates and their policies regarding health care, among other issues leading up to the caucuses, she made it clear that union members had no intention of giving up their current plans to move toward a single-payer system.

“They go all over the country. They’re leaders and try the best they can, but at the same time... nothing has been easy for us. Everything has been so difficult, so tough, a lot of sacrifices. Letting go is not the answer for us,” Argüello-Kline told Fox News.

The main concern among union members has stemmed from “Medicare-for-all” policies proposed by Sen. Elizabeth Warren, D-Mass., and Sen. Bernie Sanders, I-Vt., which would eliminate private insurance plans for Americans, including the Culinary Health Fund that union workers spent years fighting to establish.

“I think they want to keep their standard of health care, which is basically employer-paid and covered and limited exclusions, and I think that’s because they’ve worked so hard to get it over decades,” Ruben Garcia, a law professor at the University of Nevada, Las Vegas, told Fox News. “They’ve fought for it at the bargaining table. They have engaged in long strikes for it. And so... the standard is what I think is important to them, and I think they are very concerned about making sure that they maintain that same standard.”

Garcia added that the “exact mechanics of it may be negotiable, but I don’t think they think the standard itself of fully paid employer health care, or health care in general, is negotiable at all.”

Sanders and Warren both addressed the issue during a town hall last month.

The Vermont senator promised to end the “greed and collusion” of drug and insurance companies while telling union members that employers would save money under his government plan, which in turn would end up in the pockets of workers.

The health care fights to watch in 2020

Former drug czar and Fox News contributor Bill Bennett breaks down the major health care concerns for Americans and how the eventual Democrat 2020 nominee will shift the debate.

But, many union members weren’t sold, as the crowd began chanting at one point during the town hall: “Union health care! Union health care!” One man also shouted, “How are you gonna pay for it?"

The idea of employers putting money back into the pockets of workers also raised questions from Rusty McAllister, the executive secretary-treasurer of the Nevada State AFL-CIO, who said a “Medicare-for-all” plan “would still require employers to contribute on behalf of each of their members” to that plan.

“I can’t see an employer coming and saying, ‘well, yeah, I’m going to give you more of a raise because we don’t have to pay for your health care here locally, but we still have to contribute to it on a national level,’” McAllister told Fox News.

“So, in some way or another, they’re still going to have to be contributing to a health-care plan. If it’s on a national level, they’ll still be contributing to it,” he added. “Then, the question is, what are the rates for that national plan and how much do they have to contribute on behalf of each of their employees, and how much will be left over to negotiate for in the form of wages?”

Nevada State AFL-CIO Executive Secretary-Treasurer Rusty McAllister said the union wants everybody to have health care, but the question is deciding the best path to get there. (Ben Brown / Fox News)

Warren lauded the union’s health care, calling it “terrific” and a “model for the country,” but also noting, “It is important that people all across this country be able to get the kind of access that the culinary and union workers have.”

She told reporters after speaking at the December town hall, “I want to preserve their access to their doctors, to their nurse practitioners, to their physical therapists, to their mental health professionals without having some insurance company jump in the middle and say, ‘No, you have to meet a deductible. You have a copay. That’s not a doctor who’s in-network. These are uncovered expenses.’ That’s the change I’m fighting for in the health-care system.”

On the other end of the spectrum, former Vice President Joe Biden, Sen. Amy Klobuchar, D-Minn., and former South Bend, Ind., Mayor Pete Buttigieg all underscored that their plans, which allowed for a public option, would not affect union members’ current health care – receiving a warm welcome from the packed crowd.

“Where I come from, I don’t like people telling me what I have to choose. So, the 160 million people who have busted their neck, walked on picket lines, gave up pay, took hits in order to get significant health care available -- you get to keep it under my plan. You don’t have to give it up,” Biden said to applause and cheers from the union members.

Buttigieg echoed those sentiments, telling the union members, “I don’t think Washington ought to decide when and whether you go on to a public plan. I think you ought to decide.”

Despite the assertions from the candidates, some workers said they weren’t convinced any of the proposals would ensure the union members’ health care plan would be left untouched.

“We’ve been fighting nine years for to keep our health care that we have, which is one of the best policies, in my opinion, it’s one of the best policies out there,” Chad Neanover, a Culinary Union member who has worked the past 15 years at Margaritaville on the Las Vegas Strip, told Fox News.  “I don’t think any plan is not going to harm what we have. So, I’d really like to absorb and read up on it.”

The Culinary Union, the state’s largest immigrant organization, has represented some 60,000 workers and provided health benefits to over 130,000 Nevadans. The union’s Health Fund was established in 1981 and funded by “collective bargaining agreements that are negotiated by unions and funded by employers,” according to its website. Union members also haven’t had to pay monthly premiums for family coverage.

Both Argüello-Kline and McAllister agreed that everybody needed to have health care, but as McAllister put it, the debate was continuing over “how we get to that and how that comes about and in what form or fashion.”

And, with the caucuses nearing, it’s unclear whether the union will endorse a candidate, but it’s certain health care would play a factor in that decision.

“They can talk about Medicare, but [culinary workers] have health insurance... and it’s like, ‘OK, am I going to give up my health insurance when I can call my doctor right now and make an appointment with my cardiologist? I have a PPO plan where I can go to my health center in case I cannot get an appointment,’” Argüello-Kline told Fox News. “Why are you going to give up something that you have already? It’s very difficult for the members to understand that part,” adding that the solution would revolve around “prices, and controlling prices.” 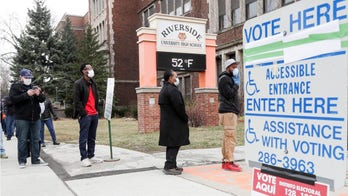