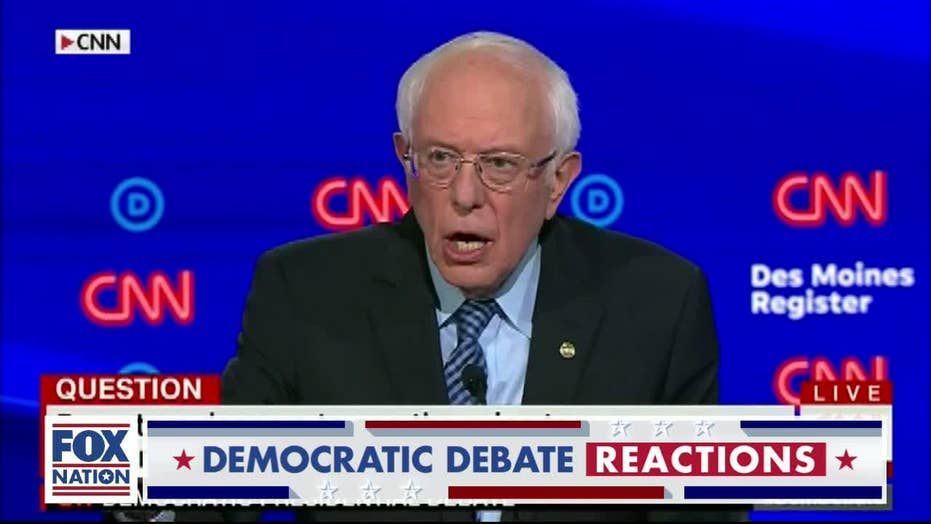 During Tuesday night's Democratic presidential debate, Sen. Bernie Sanders I-Vt., was confronted over the potential economic impact of his campaign proposals, which are projected to increase government spending to levels never before seen in the U.S. in times of peace.

"Your campaign proposals would double federal spending over the next decade at an unprecedented level of spending not seen since World War II," said the CNN moderator. "How would you keep your plans from bankrupting the country?"

"No, our plan wouldn't bankrupt the country. In fact, it would much improve the well-being of working-class families and the middle class," Sanders replied.

The Vermont senator was also asked how he would finance his Medicare-For-All plan, which he has said would be paid for, in part, through increased taxes on the Middle Class.

"Senator Sanders, you've consistently refused to say exactly how much your Medicare-For-All plan is going to cost," pressed the moderator. "Don't voters deserve to see the price tag before you send them a bill that could cost tens of trillions of dollars?"

"On the Medicare-for-all, one of the provisions we have to pay for it is a 4 percent tax on income exempting the first $29,000 a year," he said.

"The problem with Bernie is he's moved the goalpost on us a little bit," said Fox News contributor and retired Staff Sergeant Johnny "Joey" Jones on Fox Nation's "Democratic Debate Reactions" on Tuesday. 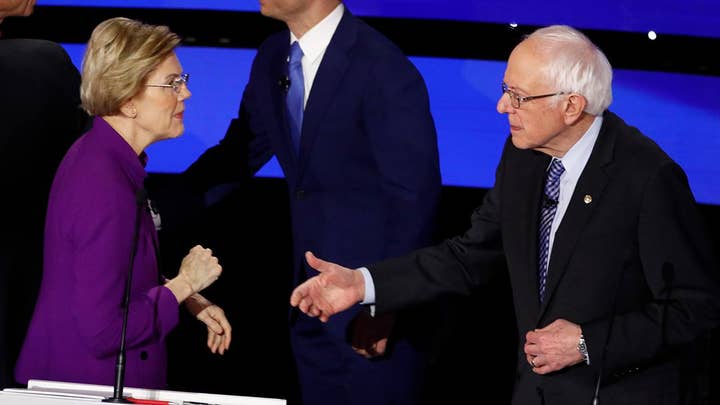 "Usually the argument is over 'how are you going to pay for it?' He jumped that shark big time and he said, 'I'm not even going to tell you what we're paying for, what it cost.' And so he's kind of shifted the argument over to what his principle belief is — it doesn't matter how much it costs because it's morally correct."

"It resonates with the kids," Jones continued. "Unfortunately, though, if you're under 30 and you're a conservative, you're heartless. But if you're over 30 and you're liberal, you're broke. And so... they'll get there."

Former Republican National Committee deputy press secretary and strategist Erin Elmore observed that the age of Sanders' most enthusiastic supporters may prove to be his Achilles heel.

"The thing about his voting population, the people that he needs to attract, they are people that don't generally vote. So that's the problem. And there's a giant disconnect. So, yes, they're enthusiastic and they're thrilled. And they will go out and they will protest and they will make signs and they will cry and they will chain themselves to a bike or a tricycle or a car or a boat, but they might not go and vote," she said. 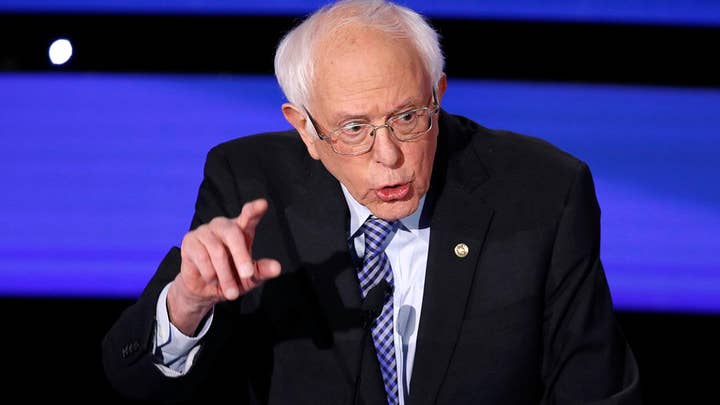 Overall, Republican political strategist Brad Blakeman said that all the Democratic candidates came up short in the final debate before the Iowa caucuses.

"I think they're all losers because nobody had a breakout moment and they had to," argued the former George W. Bush White House staffer. "This is crunch time where we're literally days away from the first caucus and nobody showed any backbone to separate themselves from the pack."

The Iowa caucuses will be held on Feb. 3 and the RealClearPolitics average of polls shows the top four contenders in the state are within five points of each other. Former Vice President Joe Biden leads the pack with 20.7 percent and Sen. Elizabeth Warren is in fourth at 16 percent.

"Look, nobody had a breakout moment," said Blakeman.  "All the polls that have been released have one thing in common — the spread is very close."

"The fact is the status quo doesn't help any of these guys make their mark in the first [primary date]."