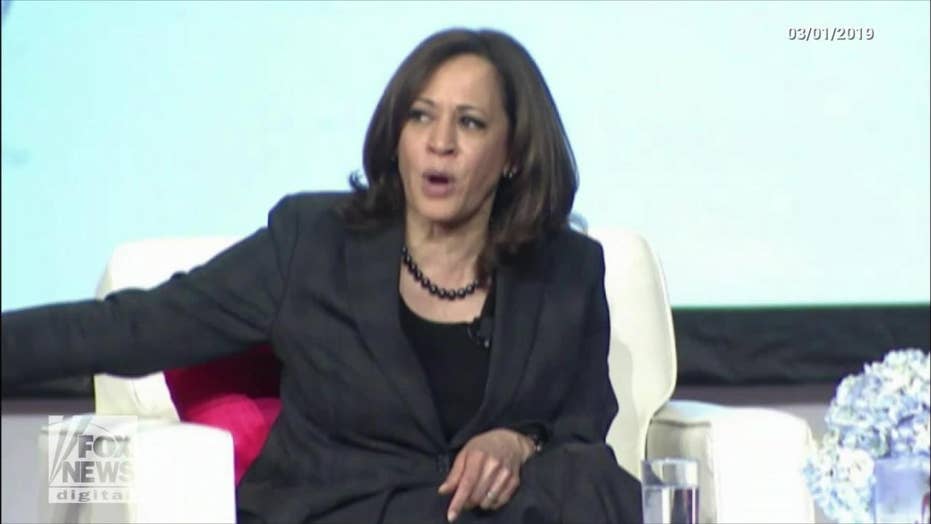 Senator Kamala Harris announced her bid for the White House on Monday, January 21, Martin Luther King Jr. Day. Here’s what you need to know about her and her positions on major issues.

The Democrat from California wants to turn the current system on its head. Instead of requiring female employees to come forward with complaints, her plan would require companies to submit data each year on equal pay to comply with new standards.

The plan, unveiled Monday, was touted by the Harris campaign as “first-of-its kind” and “historic.”

The candidate said in a statement that the issue of equal pay hits home: “[A]s the daughter of a working mother in a male-dominated field, I know the fight to be treated equally in the workplace has persisted for generations.”

Harris said her proposal would “finally put the burden of ensuring equal pay on the corporations responsible for gender pay gaps, not the employees being discriminated against. We can finally ensure women earn the wages they deserve by forcing companies to step up, holding them accountable when they don’t, and committing as a nation to ending pay inequity once and for all.”

Women working full time are paid, on average, 82 cents to every dollar a male worker earns, according to statistics from the Bureau of Labor Statistics. Black women earn just 68 cents compared with their male counterparts, and that number drops to 62 cents to the dollar for Latina workers.

The senator’s plan, if passed into law, would mandate that large corporations obtain ‘equal pay certification’ from the Equal Employment Opportunity Commission (EEOC). Companies failing to land a certification would face fines – for every 1 percent wage gap, they would be fined 1 percent of their profits.

If Congress does not pass her plan into law, Harris vowed she would take executive action, as she would with her plan to stem gun violence. Harris said she would require companies applying for federal contracts to meet the equal pay standards.

Harris gave a sneak peek of her plan at a campaign event Sunday night in Los Angeles, telling the crowd that "I believe this is a moment in time where anyone who professes to be a leader has got to fight for the importance of restoring equal opportunity for all people to succeed.”

"We don’t need to strap new regulations, burdens, or fines on businesses to create opportunities for women, and President Trump’s economic record is a testament to that," RNC press secretary Blair Ellis told Fox News.

And she highlighted GOP President Trump's efforts to support women in the workforce and emphasized that "it’s why women’s unemployment has dropped to the lowest level since 1953 and wage growth has hit a 10-year high."

WHERE HARRIS STANDS IN THE NEW FOX NEWS POLL

The senator’s plan builds on the Lilly Ledbetter Fair Pay Act – signed into law by then-President Barack Obama in 2009 – which clarifies the statute of limitations on equal pay discrimination cases. And it builds on the Paycheck Fairness Act, which earlier this year passed the Democratic-controlled House of Representatives.

The measure is co-sponsored by a number of Harris’ rivals for the 2020 Democratic presidential nomination, including Sens. Kirsten Gillibrand of New York, Elizabeth Warren of Massachusetts, Amy Klobuchar of Minnesota, Bernie Sanders of Vermont, and Cory Booker of New Jersey, Rep. Tulsi Gabbard of Hawaii, and former Reps. Beto O’Rourke of Texas and John Delaney of Maryland.