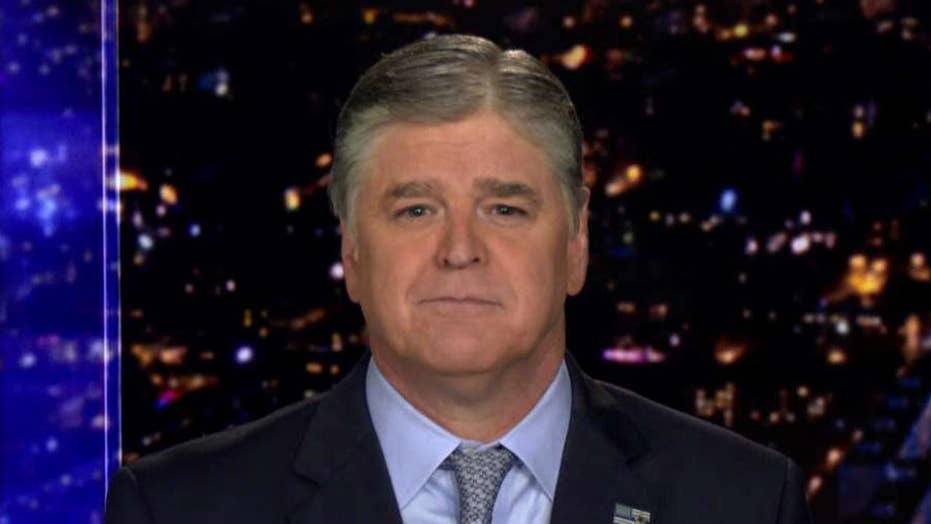 Fox News' Sean Hannity supported President Trump's comments Wednesday that he would be willing to listen to a foreign government if they approached him with information on a political opponent, calling it a "genius setup" by the president.

"In many ways that was a genius setup because the media mob will fall right into his trap, breathlessly spewing fake, phony outrage over a nonstory for days," Hannity said during his monologue on "Hannity" on Wednesday night.

Trump made the comments to ABC News’ George Stephanopoulos, adding that he would not necessarily contact the FBI if such an approach was made.

"I think I'd want to hear it. ... I think you might want to listen. There isn't anything wrong with listening," Trump said in the interview.

Hannity defended the president and blasted Democrats for being critical of the president's comments but not Hillary Clinton's past actions or possible misconduct that led to the Russia investigation.

"Listening is much different than, let's see, lying, spying, and paying for Russian lies and spreading it through the media by 'deep state' operatives and then using it as a basis for a FISA warrant," Hannity said.

"Why are they not outraged about Hillary paying for Russian lies, disinformation, Comey generously using the unverifiable data from Russia to spy on the Trump campaign and get a FISA warrant?" the host continued.

Hannity also said the president's comments should force those outraged by them to address why they have not been outraged by Clinton's conduct.

"This will all get another round of fake, phony, moral selective outrage over that interview," he said, "but it's a perfect setup because if they are outraged about that and how can you not be outraged over what I just said?"

Hannity said Democrats are concerned only about Trump and not about justice.