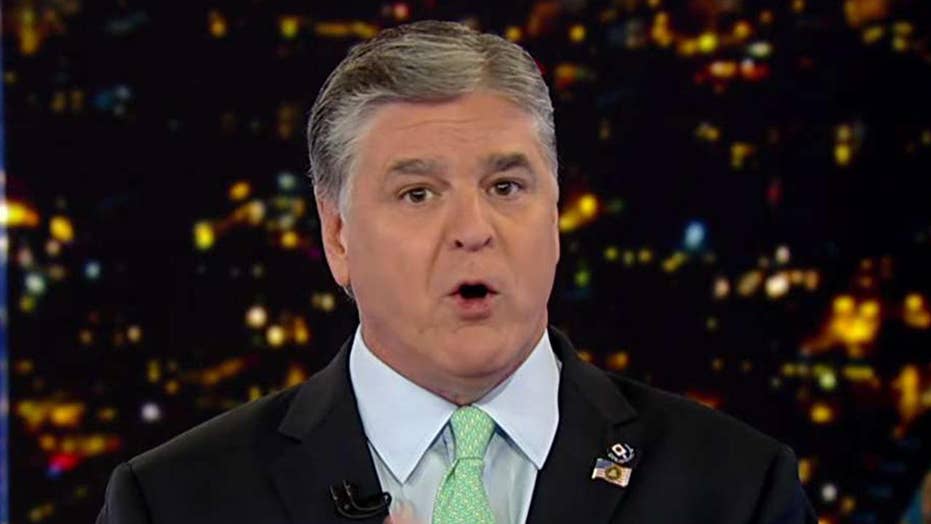 How did Robert Mueller's Russia investigation mislead the American people?

"My advice to General Flynn is this: Get your new lawyers, move forward with your legal team. Withdraw that plea and fight this in court. You do not deserve the setup that was Comey and McCabe. That is a national, despicable, disgusting disgrace what they did to him," Hannity said on his television show.

According to a motion filed in D.C. federal court on Thursday, Flynn is ending his relationship with the law firm Covington & Burling, and has already hired new legal representation.

Flynn pleaded guilty to providing false statements to the FBI during a January 2017 interview. He admitted to lying about his communications with Russian ambassador Sergey Kislyak in December 2016.

Flynn has been cooperating for months with former Special Counsel Robert Mueller and federal prosecutors, and this move could signal he may be contesting his upcoming sentencing -- and perhaps may wish to change his plea.

The host, in particular, went after Comey.

"James Comey bragged about how he would do something he'd never do in the Obama administration or the Bush administration. And he's boasting about setting up a man who served this country for 33 years and put his life on the line in wartime," Hannity said, referring to Comey's comments to MSNBC's Nicole Wallace where he admitted he sent agents to the White House while they were unprepared.

Hannity reacting to those comments called out Comey for his treatment of Flynn.

"So you told him not to get a lawyer. Then you set him up. Then you brag about setting him up... What a jackass!  Who treats a 33-year veteran like this? That's how we treat American heroes, we set them up we tell them not to have lawyers ... We pretty much say it's not an investigation and brag about it?" Hannity said.