There's nothing in the Mueller report that indicates President Trump's son did anything contrary to the law, says Arizona lawmaker Andy Biggs, Republican member of the House Judiciary Committee.

House Judiciary Committee member Andy Biggs said Thursday that a Democratic member of that panel "spilled the beans" about Democrats' true intentions when he asked how President Trump could ever be impeached if Congress cannot see the full Mueller report.

Biggs, R-Ariz., said on "Outnumbered Overtime" that remarks by Rep. Hank Johnson, D-Ga., showed that Democrats' ultimate goal in their battle with the White House to turn over documents about the Mueller probe is to have Trump impeached.

"Impeachment. How can we impeach without getting the documents?" Johnson asked during Wednesday's hearing -- prior to the committee voting along party lines to recommend a contempt of Congress motion against Attorney General William Barr.

"We must get this document. The American people expect us to do it. Once we get it, our hearings can continue and lead to whatever they may lead to, including impeachment," Johnson continued, in video captured by the Media Research Center.

Biggs told host Harris Faulkner there is a "cadre within the Democrats" who are committed to pursuing Trump's impeachment, while others are more cautious on the matter. 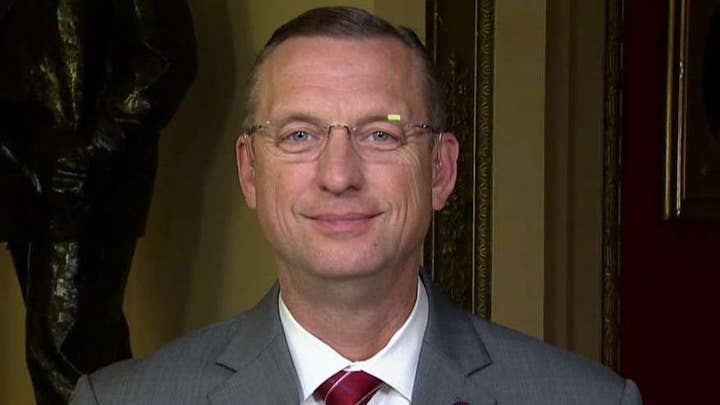 "Start your impeachment hearings then," Biggs said, appearing to suggest such a move would be detrimental to the Democratic Party going forward.

Biggs said the current proceedings involving Barr and others are being done "for political purposes" because they do not like Trump.

He said that the actual question Congress should be asking is how the Mueller investigation began in the first place.