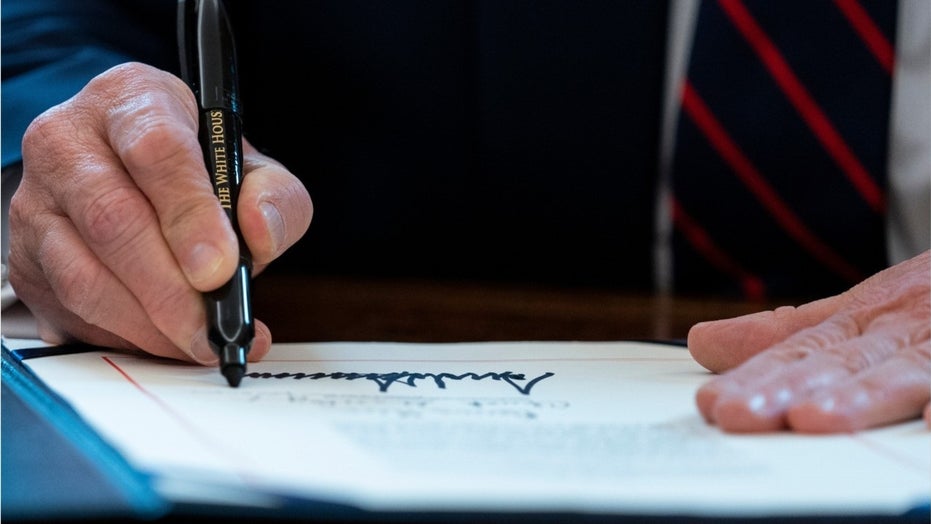 Stimulus checks approved to ease impact of coronavirus restrictions: Here’s how to access them

Americans will soon receive a much-needed handout of up to $1,200 per person from the coronavirus stimulus bill. Here are some answers to your most pressing questions about how Americans will receive their stimulus money.

The office of Senate Finance Committee Chairman Chuck Grassley, R-Iowa, blasted House Speaker Nancy Pelosi after she proposed rolling back a cap on state and local tax (SALT) deductions as part of the next coronavirus response bill.

The SALT cap, which was put in place by President Trump’s 2017 tax reform law, limits deductions of state and local tax from federal taxes at $10,000. The cap has been particularly unpopular in high-tax blue states. Grassley’s office argued that eliminating this now would not help the working class, as it would mostly benefit wealthier Americans.

"This is a nonstarter. Millionaires don’t need a new tax break as the federal government spends trillions of dollars to fight a pandemic," a spokesperson for Grassley said.

Pelosi told The New York Times that if Congress repealed the cap and made it retroactive for 2018 and 2019, it would give Americans “more disposable income, which is the lifeblood of our economy, a consumer economy that we are.”

House Democrats have been trying to repeal the SALT cap without success. The cap is currently set to expire in 2025.

New York, New Jersey, Maryland and Connecticut even sued to repeal the SALT cap, claiming that it unfairly hit blue states. That lawsuit was dismissed by a federal judge, and the states are appealing.

Many wealthy residents have been moving out of those states and fleeing to states like Florida, which has no state income tax. Florida received more new residents than any other state last year, while New York's outflows to the Sunshine State were the highest – 63,772 people. New York had the third-largest outflows of any state, with 452,580 people moving out within the past year.

Treasury Secretary Steve Mnuchin has suggested that if the states want to prevent this from happening, they should lower their taxes.

A 2019 report from the Joint Committee on Taxation projected that of those who would face lower tax liability from elimination of the cap – which only affects those who itemize tax deductions – 94 percent earn at least $100,000. The government would lose out on $77.4 billion in tax dollars, with more than half of that amount being saved by taxpayers earning $1 million or more.

A spokesperson for Pelosi told the Times that her current proposal is not a full elimination of the SALT cap, and that it would be “tailored to focus on middle-class earners and include limitations on the higher end.”