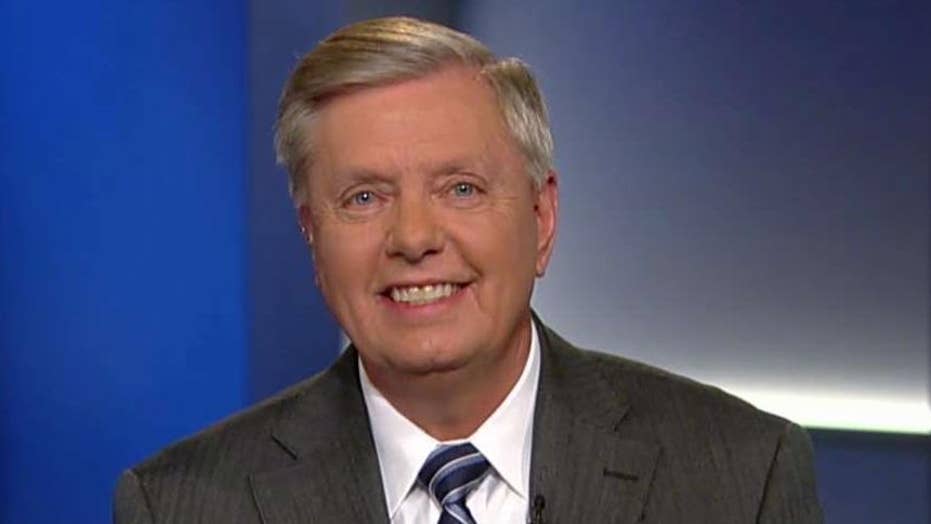 TRUMP TURNS UP HEAT ON MEDIA AFTER MUELLER REPORT, RENEWS ‘ENEMY OF THE PEOPLE’ LABEL

“I talked to him just a few minutes ago, the president, and he said let it out,” Graham told Bream on “Fox News @ Night." “There'll be some things in there I think will be interesting in terms of conversations. But the bottom line here is that Mueller has looked at this for two and a half years. He's concluded that no one on the Trump campaign colluded with the Russians and that the facts regarding obstruction were insufficient for him to make a decision.”

Graham, the Senate Judiciary Committee Chairman, predicted Attorney General William Barr will turn the report "over to the committee and then I think he'll come to the Senate hopefully sometime in April." He said it needs to be screened to make sure no sensitive information is released, such as grand jury information, which is legally prohibited from being released, and intelligence sources and methods.

Democrats are pressing Barr to release the full report instead of a summary of the main conclusion points. Some point to the more than 30 indictments of Trump aides and attorneys since the investigations began.

Graham reminded Bream that nobody was indicted for collusion with Russia and urged Democrats to accept Mueller’s findings and move on.

“Now I'll say this if they don't accept this and they keep warning and outcome in spite of the evidence they're going to get President Trump re-elected on this issue alone,” he said.

On Monday, Graham said he will probe alleged abuses of the Foreign Intelligence Surveillance Act (FISA) at the start of the Russia investigation and called on Barr to appoint a new special counsel to “investigate the other side.”

“Somebody’s got to decide if there’s criminal responsibility on the other side,” Graham told Bream. “If we don’t look at how it got so off the rails. If we don’t look at this accusation against the president came about, then shame on us.”