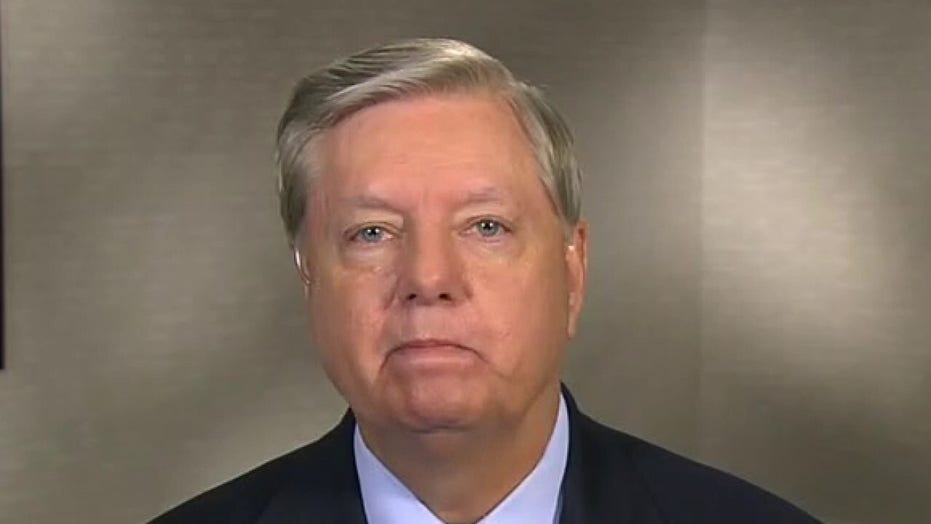 Sen. Graham: Obama administration officials will be called to testify before committee on Steele dossier

Senate Judiciary Committee Chairman Lindsey Graham revealed in an interview with Fox News' "Sunday Morning Futures" that in 2018 Congress investigated Christoper Steele's Russian dossier, and that the FBI lied to lawmakers about it.

Graham, R-S.C., has been leading an oversight investigation into the FBI's conduct during the early stages of the Russia probe, with a focus on the unverified dossier, which was used to get a Foreign Intelligence Surveillance Act (FISA) warrant to monitor former Trump campaign adviser Carter Page.

With new documents recently released that have shed light on the early days of the investigation, Graham hinted at what the public may learn in the days to come.

"Not only did the FBI lie to the court about the reliability of the Steele dossier, they also lied to the Congress, and that’s a separate crime," Graham said. A Justice Department Inspector General report had previously revealed that the FBI made inaccurate representations in their FISA warrant applications.

Individuals who led the FBI at the time claim that they were unaware of this when it happened, but Graham said he does not believe this, given that there was a lengthy memo stemming from an interview with Steele's sub-source, who said that the information he gave Steele was not reliable.

That sub-source was revealed to be Igor Danchenko, a fact his attorney confirmed to The New York Times. Danchenko is a former Brookings Institution senior research analyst in Washington, D.C.

“The Russian sub-source who was American-based -- not Russian based -- told Christopher Steele, ‘here’s what I’ve got, it’s bar talk, it’s rumor, it’s innuendo, it’s not really reliable,’ and what did Christopher Steele do with that? He turned it into a Tom Clancy novel, he sold it to the FBI, they sold it to the FISA court, to get a warrant against Carter Page,” Graham said.

“I find it impossible to believe that McCabe and Comey were not made aware of this 40-page memo," Graham said, referring to former FBI Director James Comey and former deputy director Andrew McCabe. "Anybody that knew that the Russian dossier was unreliable and continued to get a warrant against Carter Page based on that document should go to jail for defrauding the court.”

The FBI interview with the sub-source took place in January 2017, but the FBI continued to use the dossier in subsequent warrant applications after that.

"The FBI continued to lie to the court, getting new warrants based on the dossier in April and June in 2017. After they knew it was a bunch of garbage they continued to use it anyway," Graham said. "Somebody needs to go to jail.”

A big question, however, is who? Graham has been working to find out who among the FBI's leadership knew about what the sub-source said, and when they knew about it. To find out, he wants to call the individual who wrote the 40-page memo to testify before his committee.

“I want to call the person who prepared the memo. I want to call the case agent who interviewed the sub-source for three days in January and ask him ‘oh, by the way, did you tell anybody above you that the dossier is a piece of Russian disinformation?'"

As part of his investigation, Graham will have former Deputy Attorney General Sally Yates appear before his committee on August 5. Documents that were declassified earlier this year showed that at a January 2017 meeting, prior to the FBI's interview with then-incoming National Security Adviser Michael Flynn, President Barack Obama was aware of the details of Flynn's intercepted December 2016 phone calls with a Russian ambassador. This apparently surprised Yates, who did not know about Flynn's calls at the time.

Graham said he wants to ask Yates how Obama would have known about Flynn's calls before she did. He also wants to know about Joe Biden's role in that meeting.

Notes purportedly written by former FBI official Peter Strzok that were exposed in June were interpreted by Flynn's lawyers to show that it was then-Vice President Joe Biden who suggested that the Logan Act be used as a reason for investigating Flynn. The Logan Act, which prohibits unauthorized people from negotiating with foreign countries, has never been successfully used to prosecute anyone since it became law in 1799.

“Did she hear Vice President Biden mention whether or not Flynn may have violated the Logan Act?” Graham wondered. “If he said that, that’s contrary to what he’s been saying publicly.”