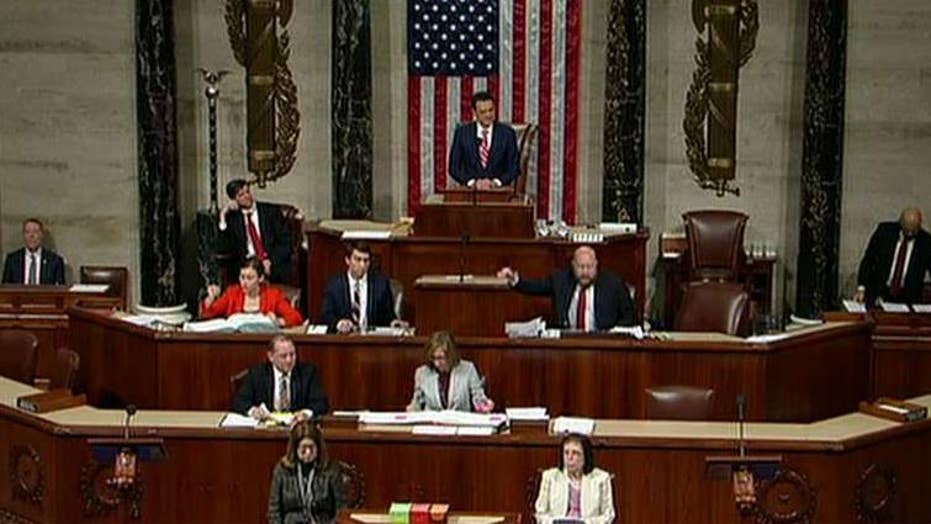 A partial shutdown of the federal government appeared inevitable late Friday, as lawmakers left the Capitol without a deal to fund the government by a midnight deadline.

The House adjourned Friday without a deal on spending. The Senate adjourned shortly thereafter and was not scheduled to return until noon Saturday.

One early reaction came from Rep. Debbie Dingell, D-Mich., who said in a statement ahead of the midnight deadline: “A government shutdown is unacceptable. It’s a lack of leadership from President Trump and Republican Congressional Leaders. The American people expect their government to work for them and listen. It’s the holiday season, we should be showing America our better selves not driving the nation into a pointless shutdown.”

The Senate had been scrambling to take up a spending package with billions in funding for a border wall, amid ongoing negotiations to fund the government by midnight; President Trump acknowledged there was a “good chance” a partial government shutdown would be triggered.

After keeping the vote open for five hours to secure enough support, the Senate on Friday evening finally advanced a House-approved spending bill with $5.7 billion for a border wall, after Vice President Mike Pence went to the Capitol to break a tie. That procedural hurdle paved the way for a final vote in the Senate. But the vote didn't occur before adjournment.

Behind the scenes, negotiations were ongoing into the evening, with Pence meeting with Democratic Senate Leader Chuck Schumer on Capitol Hill, along with White House aides Mick Mulvaney and Jared Kushner. Sources tell Fox News that negotiations are taking place to secure some new money for border security.

The House on Thursday approved $5.7 billion for a border wall as part of a measure to fund the government through early February.

But Democrats said they wouldn't support a bill with border wall money.

“President Trump: you will not get your wall,” Schumer, D-N.Y., said on the Senate floor. “Abandon your shutdown strategy. You're not getting the wall today, next week or on Jan. 3, when Democrats take control of the House.”

The president – who says a spending package must include new funding for border security -- told reporters Friday he hoped there wouldn't be a shutdown but he was prepared to ride one out if it came to pass. He also tweeted a photo of a proposed "steel slat barrier" that could be used on the border.

"Now it's up to the Democrats as to whether or not we have a shutdown tonight," Trump said.

Trump tweeted that he canceled plans to travel to Florida on Friday while he waited "to see if the Democrats will help us to protect America’s Southern Border!"

Earlier, the president hailed the House vote as a big victory – one that GOP leaders scrambled to achieve when the president abruptly backed off tacit support for an earlier Senate-approved stopgap that did not include the wall money. 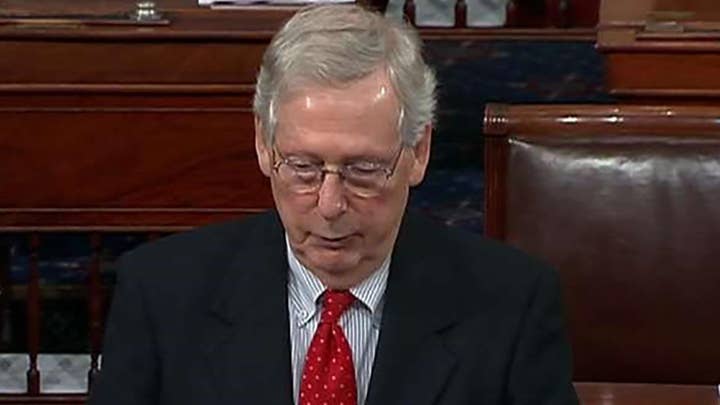 Earlier in the day, the president publicly urged McConnell to deploy the so-called “nuclear option” to jam through the spending package, which refers to changing Senate precedent so legislation could be approved with a 51-vote majority, instead of the usual 60. But McConnell’s office made clear the majority leader would not do that, and several Republican senators said they also opposed it.

Trump backed the “nuclear option” after Sen. Steve Daines, R-Mont., and others called for it.

Absent a sudden compromise or an even more unlikely filibuster change, funding for nine of 15 Cabinet-level departments and dozens of agencies were due to lapse at midnight, resulting in a partial shutdown just as the Christmas break begins. 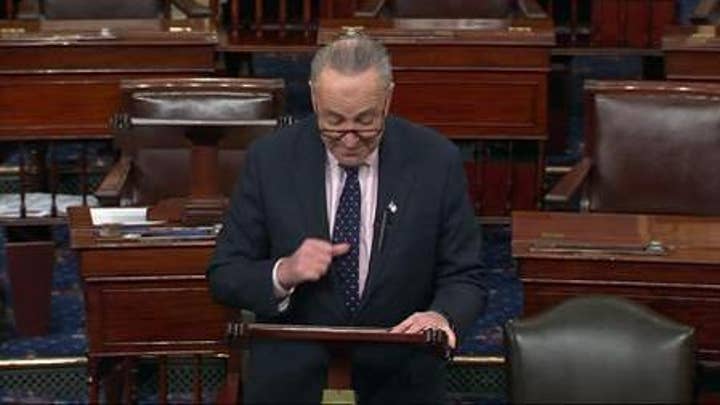 Both sides were busy assigning blame Friday morning, in anticipation of that scenario. While Schumer and House Minority Leader Nancy Pelosi have already branded this outcome a Trump shutdown, the president tweeted Friday that "it will be a Democrat Shutdown!" if they don't support the measure before them in the Senate.