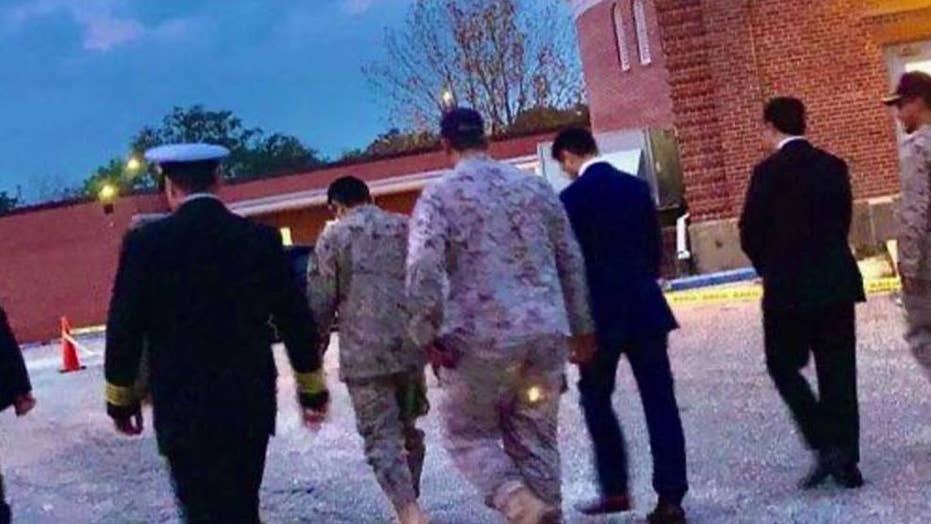 Three GOP senators are looking into how the Saudi Arabian national who killed three Americans in a shooting at the Naval Air Station in Pensacola, Fla., was allowed into the United States.

Sens. Ron Johnson of Wisconsin, Marco Rubio and Rick Scott, both of Florida, sent a letter to Acting Secretary of Homeland Security Chad Wolf asking how Royal Saudi Air Force 2nd Lt. Mohammed Saeed al-Shamrani was let into the U.S. before he killed three U.S. sailors and severely wounded eight other Americans in the Dec. 6 attack.

Attorney General William Barr said al-Shamrani was "motivated by jihadist ideology" as the U.S. was expelling 21 Saudi nationals living in America who, like al-Shamrani, trained with the U.S. military at facilities, including NAS Pensacola.

NAS PENSACOLA SHOOTING WAS AN 'ACT OF TERRORISM,' BARR SAYS; US TO EXPEL 21 SAUDI NATIONALS IN TRAINING PROGRAM

"According to other reports, the Saudi government allegedly believes that al-Shamrani may have embraced a radical Islamist ideology as early as 2015, two years before he entered the United States. Just before his attack, al-Shamrani visited the 9/11 Memorial in New York City," the senators' letter said.

The letter asks for a timeline of al-Shamrani's vetting, whether or not there were any red flags in documents that Saudi Arabia provided about al-Shamrani before he was let into the country and how individuals like al-Shamrani are treated differently from other foreigners coming to the U.S. on a visa, among other things.

The senators are asking for the information by Feb. 7 and a briefing by Feb. 21.

The shooting at NAS Pensacola also prompted a group of U.S. Navy instructor pilots to ask top military brass for permission to arm themselves.