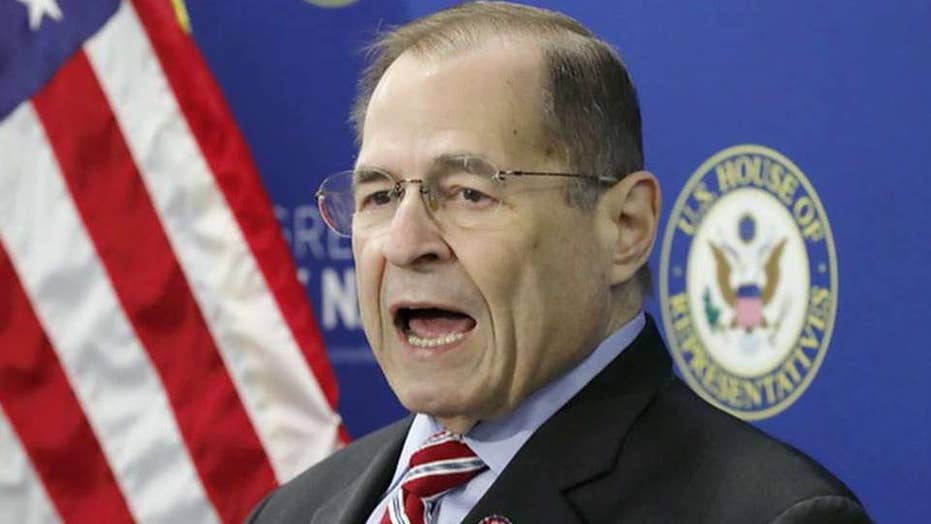 A Republican congressman introduced a resolution on Tuesday calling for the ouster of House Judiciary Committee Chairman Jerrold Nadler, D-N.Y., from his panel post for pursuing impeachment proceedings against President Trump.

Lance Gooden, R-Texas, said in a release that Nadler has acted against the will of the House of Representatives, which never gave his committee explicit authorization to begin impeachment proceedings. The body voted 332-95 in July to table an impeachment resolution from Rep. Al Green, D-Texas.

"This attempted coup against a duly elected, sitting president is unprecedented and must be stopped," Gooden said. "I urge the majority to move immediately to have him stripped of his chairmanship and that any accomplices on the Judiciary Committee not be considered as a replacement."

Nadler and fellow Democrats on the House Judiciary Committee have been investigating Trump as part of what they've called impeachment proceedings. Notably, Nadler hauled Trump's former 2016 campaign manager, Cory Lewandowski, in front of his committee last week for a combative five hours of testimony related to possible impeachable behavior by the president.

"The actions of the Trump presidency revealed the dishonorable fact of the president's betrayal of his oath of office, betrayal of our national security, and betrayal of the integrity of our elections," Pelosi said on Capitol Hill. "Therefore, today I am announcing that the House of Representatives is moving forward with an official impeachment inquiry."

Gooden said Nadler is the one defying the law.

"In recent days, Democrats have sanctimoniously declared their allegiance to the rule of law," Gooden said. "I encourage them to follow those rules and hold Chairman Nadler accountable for breaking them."

Democrats hold the majority in the House and are highly unlikely to act on Gooden's request.