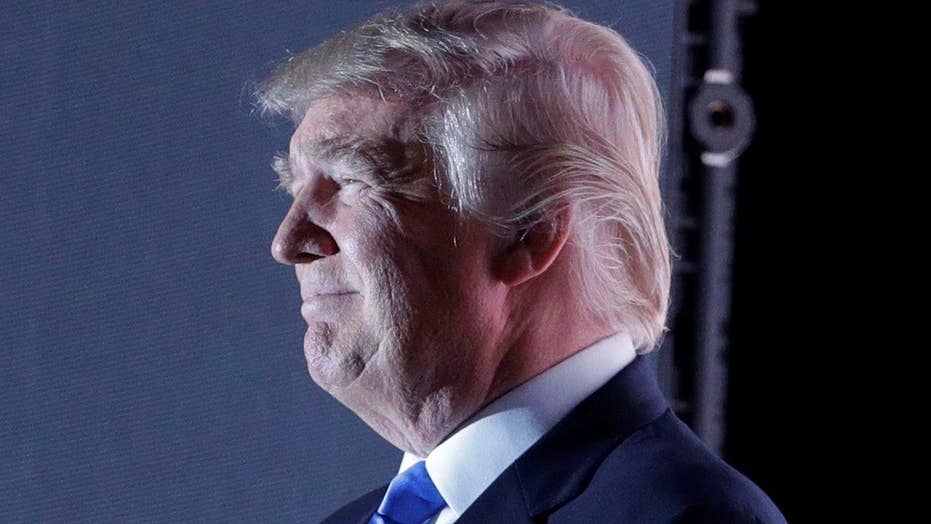 CLEVELAND – Republican congressional leaders, joined by vanquished primary candidates, immediately worked to rally the party behind Donald Trump Tuesday night after their national convention formally nominated him for president – with House Speaker Paul Ryan calling on voters to hit the polls like never before and “see this thing through.”

Night Two of the Republican convention contained plenty of rhetorical body slams against presumptive Democratic nominee Hillary Clinton. Chants from the crowd of "lock her up" were frequent. But the night was also an opportunity for the so-called GOP ‘establishment’ to make a very public show of unity and close the book on the raucous primary season.

Perhaps more than any other GOP leader on Capitol Hill, Ryan has had his share of scrapes with Trump over the nominee’s controversial remarks and tactics – but he closed his address Tuesday night with a call to action, saying, “Only with Donald Trump and Mike Pence do we have a chance at a better way.”

“Fellow Republicans, what we have begun here, let’s see this thing through, let’s win this thing, let’s show America our best and nothing less,” Ryan said.

“Now is the time for us to rise up and take America back,” Carson said.

The speeches came on the heels of Republicans formally nominating Trump for president, with Indiana Gov. Mike Pence named to the ticket as his running mate.

Trump afterward addressed the convention hall via video message, saying: “This is a movement … but we have to go all the way.’

While party leaders called for unity, many of the convention speakers focused heavily once again on Clinton.

“Hillary Clinton has changed her position so many times, it’s impossible to tell where the conviction ends and the ambition begins,” Senate Majority Leader Mitch McConnell, R-Ky., said.

New Jersey Gov. Chris Christie, who was considered for running mate before Trump ultimately chose Pence, delivered one of the toughest speeches of the night on Clinton. His address was frequently interrupted by chants from the crowd of “lock her up.”

“We cannot promote someone to commander-in-chief who has made the world a more violent and dangerous place with every bad judgment she has made,” Christie said. “The facts of her life and career disqualify her.”

If you think Chris Christie can lecture anyone on ethics, we have a bridge to sell you. https://t.co/c1nkZojJFL #RNCinCLE

But Christie got a positive response inside the hall.

"The way he delivered the speech, I think, spoke to the undecided. He presented the case against Hillary Clinton in a way the average person would understand," said Phil Phillips, of the Alabama delegation.

Even as some of the addresses were more Clinton than Trump, the day’s proceedings as a whole served to restore a sense of party unity at a convention that faced some disruptions a day earlier, when anti-Trump delegates tried to force a roll-call vote on rules that bound many of them to back Trump. The bid failed, but the anti-Trump forces caused a commotion on the floor.

For the most part, protests were few and far between, and largely kept under control, during the roll call for the nomination Tuesday evening. Trump’s home state of New York put him over the top in the delegate count, with Donald Trump Jr. delivering the news on behalf of the delegation.

“Congratulations, Dad, we love you,” he shouted, as the giant TV screen on the floor declared him “Over the Top.”

He and Trump daughter Tiffany later addressed the convention, continuing to give Republicans a better picture of Trump as a man and father.

Donald Trump Jr. touted his father’s drive to tackle challenges and described the look in his eyes “when someone says it can’t be done.” He said he saw that look when his father was told he couldn’t “possibly succeed in politics.”

He paused and said with a chuckle, “Yes, he did.”