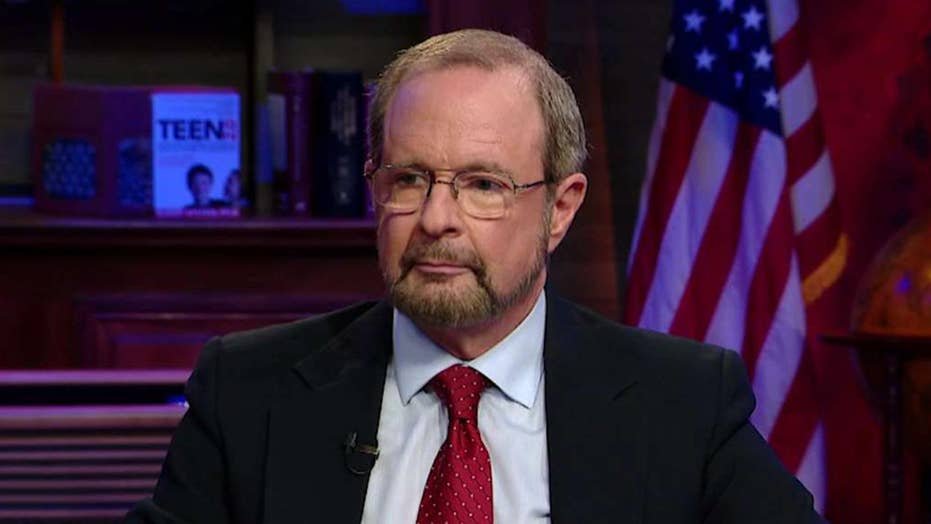 Dr. Robert Epstein on Google's ability to affect the outcome of elections

A high-profile Google whistleblower who back in July testified before Congress that the search engine meddled in the 2016 presidential election on behalf of Hillary Clinton is now suggesting that the fatal car crash that killed his wife last month may not have been an accident.

Dr. Robert Epstein, the senior research psychologist at the American Institute for Behavioral Research and Technology, made the claims in a tweet Sunday.

“Last year, after I briefed a group of state AGs about #Google's power to rig elections, one of them said, "I think you're going to die in an accident in a few months," he tweeted. “A few months later, my beautiful wife #Misti died a violent death. Makes you wonder.”

In July, Epstein told the Senate Judiciary Committee that his research revealed “biased search results generated by Google’s search algorithm likely impacted undecided voters in a way that gave at least 2.6 million votes to Hillary Clinton” in the 2016 presidential election. He added that he himself supported Clinton.

In December, Epstein, 66, announced that his wife – 29-year-old Misti Vaughn – was killed when her car spun out of control in inclement weather in Escondido, Calif., located in San Diego County. The California Highway Patrol said Vaughn lost control of her Ford Ranger in the rain and careened into oncoming traffic, crashing into a big rig and an SUV, San Diego’s KNSD reported.

Epstein also shared an image of the badly damaged vehicle his wife was driving at the time of the wreck.

“#Misti's awesome Ford Ranger was broadsided by a Freightliner semi towing 2 loads of cement. I had my ear to her heart for most of the last 100 minutes of her life. I heard her take her last breath, & heard the last beat of her heart. Mine is broken,” he tweeted on Jan. 11.

But days earlier – in two separate tweets on Jan. 4 – Epstein nodded to Google and Clinton, saying he was not suicidal despite losing the love of his life, before then writing that he did not believe either party played a role in the crash that killed her despite claims from "conspiracy theorists."

“BTW, although losing Misti is devastating for me - there will never be another Misti in my life, after all – I AM STILL NOT SUICIDAL. Hear that, #Google? Hear that, #Hillary?” he wrote.

“And, no I don't think #Google or #Hillary had anything to do with Misti's death, but for you conspiracy theorists out there, here's a recent article about Misti's accident…” he added, sharing a news report about his wife's death.

Epstein’s testimony claimed that “Google presents a serious threat to democracy and human autonomy.” Accordingly to his research findings, “Google has likely been determining the outcomes of upwards of 25 percent of the national elections worldwide since at least 2015” and “in the weeks leading up to the 2018 election, bias in Google’s search results may have shifted upwards of 78.2 million votes to the candidates of one political party.”