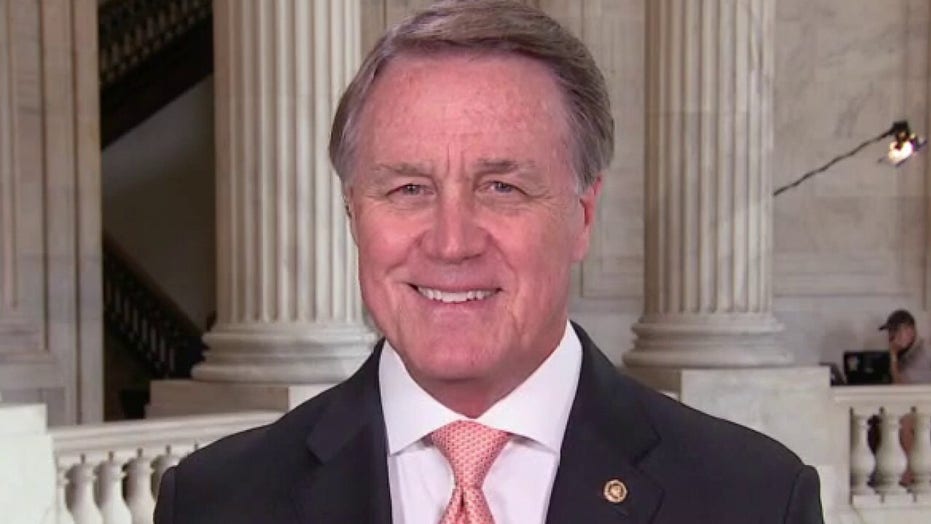 Senate Democrats are split on blocking the Republican police reform bill; reaction and analysis from Georgia Senator David Perdue on ‘The Daily Briefing.’

Georgia’s Republican incumbent U.S. Sen. David Perdue and his Democratic challenger Jon Ossoff will head to a runoff race in January after neither candidate received more than 50 percent of the votes in Tuesday’s election.

Under the Peach State’s unusual election laws, candidates must receive an outright majority to win. Otherwise, the top two competitors head into a runoff race.

A final vote count left Perdue with 49.8% of the votes and Ossoff with 47.8%. Third-party candidate Shane Hazel took 2.32%, according to the Fox News Decision Desk.

Ossoff was the Democratic candidate in the most expensive House race in history for Georgia’s 6th Congressional District. Republican Karen Handel defeated him in a runoff, 51.8 percent to 48.2.

Perdue, 70, was squarely ahead of Ossoff, 33, until the final leg of the race, when Ossoff made headway, leaving the two neck-and-neck.

Both teams expressed confidence that they would win the runoff.

“There is one thing we know for sure: Senator David Perdue will be re-elected to the U.S. Senate and Republicans will defend the majority. Perdue will finish this election in first place with substantially more votes than his Democrat opponent,” Perdue’s Senate campaign manager Ben Fry said in a statement.

“It is clear that more Georgians believe that David Perdue's positive vision for the future direction of our country is better than Chuck Schumer's radical, socialist agenda. There's only one candidate in this race who has ever lost a runoff, and it isn't David Perdue,” he continued.

The Ossoff campaign expressed confidence Georgians would elect him for his stance on health care and to “put the interests of working families and small businesses ahead of corporate lobbyists.”

“We are confident that Jon Ossoff’s historic performance in Georgia has forced Senator David Perdue to continue defending his indefensible record of unemployment, disease, and corruption,” Ossoff campaign manager Ellen Foster said in a statement.

WHO IS DAVID PERDUE: 8 THINGS TO KNOW ABOUT THE GEORGIA SENATOR

Perdue pulled out of the final debate last week after a clip posted by Ossoff attacking his opponent as a “crook” went viral on social media. Perdue said he was canceling the debate to instead appear with President Trump at a Georgia rally.

Ossoff had said Perdue was "fending off multiple federal investigations for insider trading” after allegations arose that the lawmaker benefited from stock trades he made after a closed-door briefing on the threats of coronavirus in January.

However, Perdue's campaign says the senator did not even attend that briefing. A bipartisan Senate ethics committee, the Department of Justice and the Securities and Exchange Commission all cleared the Georgia senator of wrongdoing. Perdue said the trades were made by a third party financial adviser.

WHO IS JON OSSOFF? 4 THINGS TO KNOW ABOUT GEORGIA' SENATE CANDIDATE

"Perhaps Sen. Perdue would have been able to respond properly to the COVID-19 pandemic if you hadn't been fending off multiple federal investigations for insider trading," Ossoff said, adding: "It's not just that you're a crook, Senator, it's that you're attacking the health of the people that you represent."

Perdue had shot back that Ossoff worked as "the mouthpiece of terrorism and Communist China,” displaying documents showing that Ossoff’s media firm accepted money from a Hong Kong media company whose CEO expressed opposition to pro-democracy protests.

Perdue avoided mentioning Trump in his campaign ads, instead portraying his opponent as a radical liberal on issues such as health care and police funding. Running on his record as a turnaround wizard for struggling corporations, Perdue has said he was inspired to run for office by the country's national debt crisis and national security crisis.

Ossoff, as a Southern Democrat, has in the past avoided getting caught up in national Democratic politics and ran a soundly local race. He has openly said he does not support the Green New Deal and when asked if he supported adding justices to the Supreme Court amid Justice Amy Coney Barrett’s confirmation, he responded: “I don’t support adding justices just because you don’t like the judicial philosophy of recently confirmed justices.”

Though he avoided mentioning Trump during his 2017 run for the House, this year Ossoff sought to tie his competitor to President Trump’s handling of coronavirus, noting that Perdue had characterized the virus as no worse than the flu.

Ossoff got in one last dig at his opponent on Tuesday, calling Perdue “the swamp” on Twitter, quoting a video of former President Barack Obama stumping for Democrats in his state.

Obama campaigned in Georgia against the two Republican incumbents on Monday in the run-up to Election Day.

“Your two senators publicly were telling you that the virus would be no big deal, but behind closed doors they were making a bunch of moves in the stock market,” Obama had said.

Along with Perdue, Sen. Kelly Loeffler, R-Ga., who was also up for reelection on Tuesday, caught heat for shifting their portfolios after a closed-door door Senate briefing. Loeffler did not deny attending the briefing, but has welcomed an investigation into the matter and like Perdue, said the trades were done by a third party financial adviser without her knowledge. 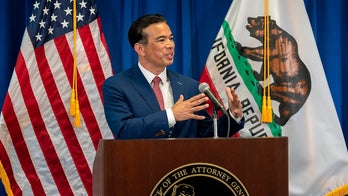 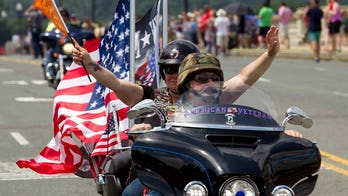 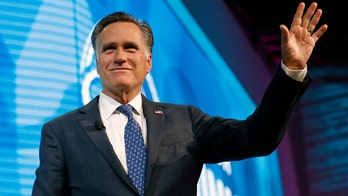