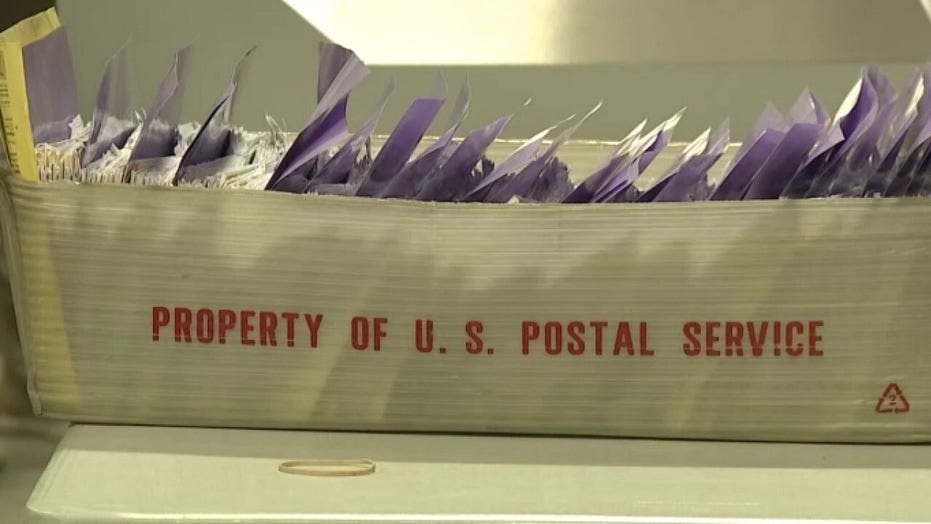 Thousands of Georgia military ballots not yet counted

David Shafer, the chairman of the Georgia Republican Party, took to Twitter Monday to suggest election officials in Fulton Country tried to pull a fast one on election night.

Shafer said county election officials told “the media and our observers that they were  shutting down the tabulation center at State Farm Arena at 10:30 p.m. on election night only to continue counting ballots in secret until 1:00 a.m.”

The Atlanta Journal-Constitution reported on Monday that election officials in the state have not found any evidence of wrongdoing. The paper’s report said there have been cases of “minor issues” caused by human error.

Richard Barron,  the head of the Fulton County Elections, told the Journal-Constitution that he sent home just about all his workers at about 10:30 p.m. on election night. The paper said GOP observers “thought all was done for the night.” But a handful of counters stayed until 1 a.m., along with a state observer, to tally the votes. Barron told the paper that the GOP was welcome to observe.

Shafer said media outlets are "gaslighting you" when they claim there was no evidence of "irregularities in the election."

ALL EYES ON GEORGIA SENATE RUNOFF

President Trump has taken a keen interest in the Peach State and tapped Rep. Doug Collins, R-Ga., who retweeted Shafer's post, to head a recount effort. Collins said he is confident of “improperly harvested ballots and other irregularities that will prove” Trump won the state.

Fulton County on Saturday began re-scanning some votes first counted Friday. County officials said they noticed some ballots had not been counted or scanned properly. County spokesperson Jessica Corbitt said workers are rescanning the batch of ballots in question and they would repost the results later.

The paper reported that Sens. Kelly Loeffler and David Perdue, who both face runoffs that could determine the fate of the Republican Party in the Senate, called on Georgia Secretary of State Brad Raffensperger to resign.

“The voters of Georgia hired me, and the voters will be the one to fire me,” he said. “As Secretary of State, I’ll continue to fight every day to ensure fair elections in Georgia, that every legal vote counts, and that illegal votes don’t count.”

The New York Times reported that Raffensperger appointed a monitor to oversee the county, which the paper said he called, “one of our longtime problem Democrat-run counties.”

Shafer and Raffensperger did not immediately respond to inquiries from Fox News.

The Trump 2020 Campaign and the Republican Party of Georgia filed a lawsuit in the state Wednesday, alleging that officials in a Democratic-leaning county were counting ballots for the presidential race that were received after polls closed Tuesday.

International observers from the Organization of American States say they saw no instances of fraud or voting irregularities in the U.S. presidential election, according to the Associated Press.

The delegation included 28 experts and observers from 13 countries who observed the election process in Georgia, Iowa, Maryland, Michigan, and the District of Columbia. COVID-19 prevented a broader coalition of experts.