Thousands of military ballots have yet to be counted in Georgia, which some say could give a boost to President Trump’s numbers in the state, even as Democratic nominee Joe Biden pulls slightly ahead in the race to claim the state’s 16 electoral votes.

But there are thousands of military, overseas and provisional ballots that will soon be added to the vote tally.

Military and overseas ballots have a later deadline than other absentee ballots and were required in Georgia to be postmarked by Nov. 3. Those ballots will be counted, according to the Atlanta Journal-Constitution, if they are received at the county election offices by Friday, Nov. 6, at 5 p.m. ET. 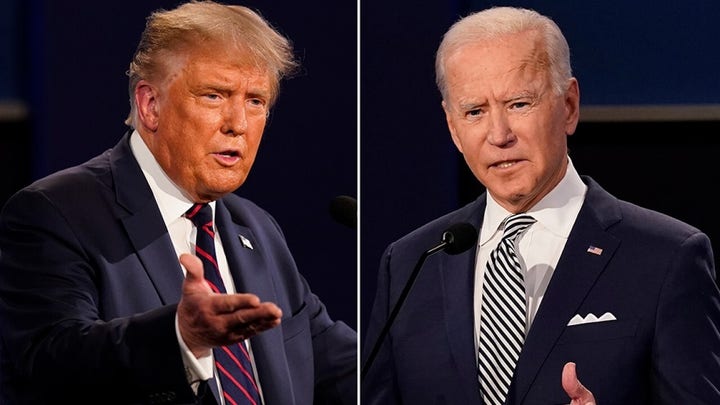 By today’s deadline, Georgia could receive anywhere from zero to 8,899 military and overseas ballots.

Those ballots could make a difference, according to Count Every Hero, an advocacy group with members including retired and former leaders like former Joint Chiefs Chairman Joe Dunford Jr.

“The military ballots will be key in Georgia,” Rep. Matt Gaetz, R-Fla., tweeted this week.

But the latest vote count shows Biden in the lead.

As of Friday mornig, the Fox News Decision Desk shows Biden needing just six more electoral votes to reach the magic number of 270, and winning Georgia -- if Biden maintains his newfound lead -- would put the former vice president 10 points over the mark.