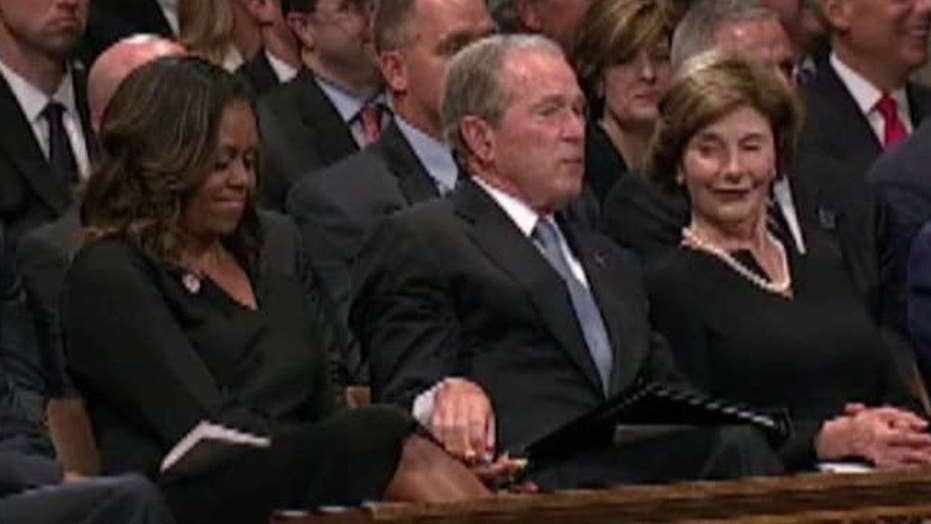 The former president sneaked the former first lady a piece of candy during Senator John McCain's funeral in a sweet display of bipartisanship.

A moment between former first families has gone viral — as former President George W. Bush is caught passing a piece of candy to former First Lady Michelle Obama during the memorial service for the late Sen. John McCain on Saturday.

As former Sen. Joe Lieberman paid tribute to his friend and colleague, the camera turned to the audience as Lieberman made a joke about McCain, catching the brief moment between the former president and former first lady.

George W. Bush and Michelle Obama have been observed for their seemingly close bond.

George W. Bush and Michelle Obama have been observed for their seemingly-close bond, seen together at the dedication of the National Museum of African American History and Culture in 2016.

With partisan politics continuing to create division in the current political climate, the seemingly unlikely friendship between Bush, a Republican, and Obama, a Democrat, has sparked conversation on social media.