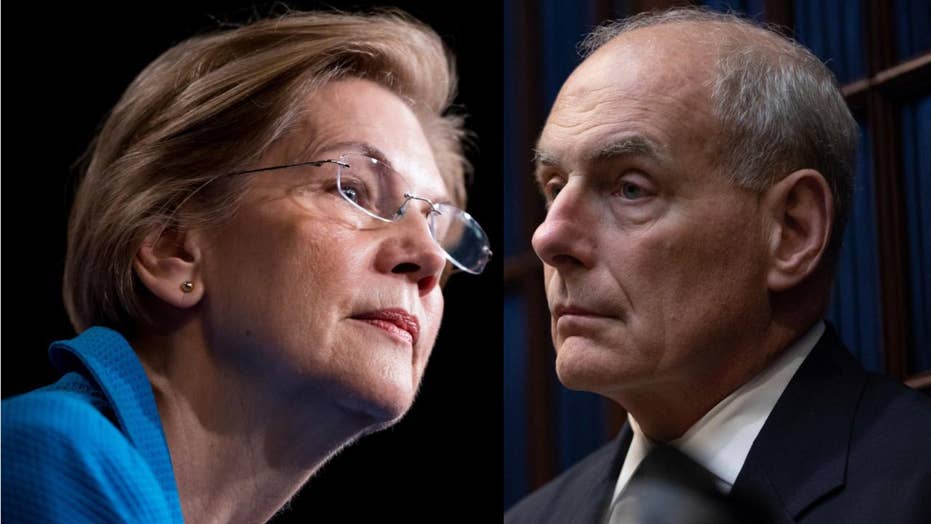 White House chief of staff John Kelly described Senator Elizabeth Warren as ‘impolite and arrogant,’ when referencing a phone conversation the two once had about President Trumps travel ban.

White House chief of staff John Kelly once described Sen. Elizabeth Warren as an “impolite arrogant woman” after having a telephone conversation with her about President Trump’s travel ban.

“Absolutely most insulting conversation I have ever had with anyone,” wrote Kelly in an email to his top aide, Kevin Carroll, on Feb. 8, 2018, when he was the secretary of Homeland Security, BuzzFeed reported.

“What an impolite arrogant woman. She immediately began insulting our people accusing them of not following the court order, insulting and abusive behavior towards those covered by the pause, blah blah blah,” he added.

"What an impolite arrogant woman. She immediately began insulting our people accusing them of not following the court order, insulting and abusive behavior towards those covered by the pause, blah blah blah."

The top aide replied to Kelly's email: “Too bad Senate Majority Leader McConnell couldn’t order her to be quiet again! Warren is running for president so early, trying too hard, and chasing bad pitches.”

Kelly reportedly refers to an order issued by federal judges to block Trump’s executive order that affected several mostly Muslim countries. The ban was temporarily blocked following a lawsuit by the ACLU.

The Massachusetts Democrat, a likely 2020 presidential contender, has long been an opponent of the travel ban, attended protests shortly after Trump first issued the executive order.

In March last year, she also took a swipe at Trump, celebrating lower courts’ decisions to block the travel ban. “Turns out, an illegal Muslim ban by another name is still an illegal Muslim ban. So the courts just blocked @realDonaldTrump's second one,” she wrote in a tweet, adding that the ban is a “recruiting tool for ISIS” and a “betrayal of our values.”

Earlier this year, however, the Supreme Court upheld Trump’s travel ban and offered a limited endorsement of the president’s executive authority on immigration.

In a written statement, Trump called the ruling “a tremendous victory for the American People and the Constitution.” As critics continued to decry the policy as “xenophobic,” Trump described the court decision as “a moment of profound vindication following months of hysterical commentary from the media and Democratic politicians who refuse to do what it takes to secure our border and our country.”