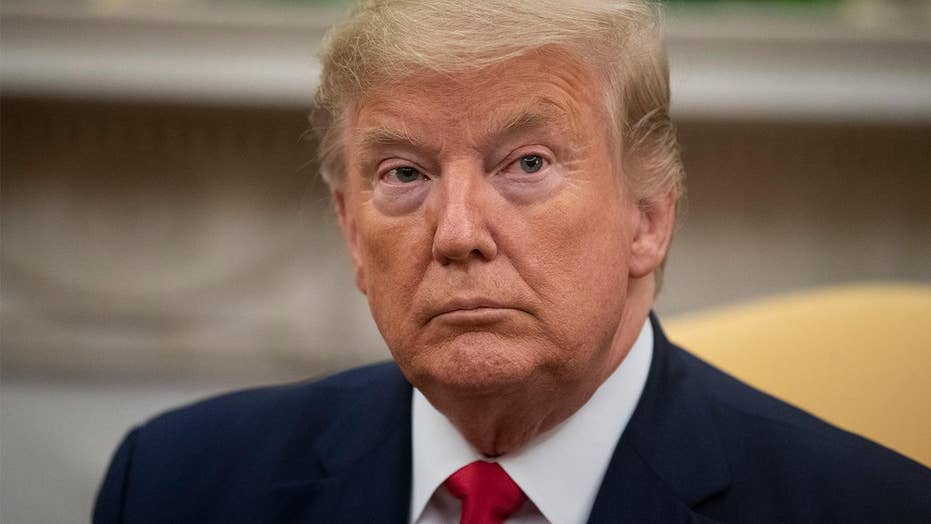 The Government Accountability Office (GAO) issued a legal opinion on Thursday saying that President Trump's administration broke the law by withholding defense aid to Ukraine — the issue at the heart of the president's impeachment trial.

That money, $214 million which had been allocated to the Department of Defense for security assistance, was appropriated by Congress and therefore the administration did not have the right to hold it back just because it disagreed with its allocation, the opinion from the nonpartisan government watchdog said.

"Faithful execution of the law does not permit the President to substitute his own policy priorities for those that Congress has enacted into law," the opinion said. "[The Office of Management and Budget] OMB withheld funds for a policy reason ... not a programmatic delay. Therefore, we conclude that the OMB violated the ICA [Impoundment Control Act]."

UKRAINE INVESTIGATING WHETHER EX-DIPLOMAT WAS SURVEILLED

The OMB made clear Thursday, however, that it disagreed with the GAO report.

“We disagree with GAO's opinion," OMB spokesperson Rachel Semmel said. "OMB uses its apportionment authority to ensure taxpayer dollars are properly spent consistent with the President's priorities and with the law."

Further, a senior administration official said to Fox News that they believed the GAO was trying to insert itself into impeachment at a time when media attention on the matter is high.

"GAO’s findings are a pretty clear overreach as they attempt to insert themselves into the media’s controversy of the day. Further, GAO has a history of the flip-flops, reversing 40-years of precedent this year on their pocket rescission decision, they were also forced to reverse a legally faulty opinion when they opposed the reimbursement of federal employee travel costs. In their rush to insert themselves in the impeachment narrative, maybe they’ll have to reverse their opinion again.” 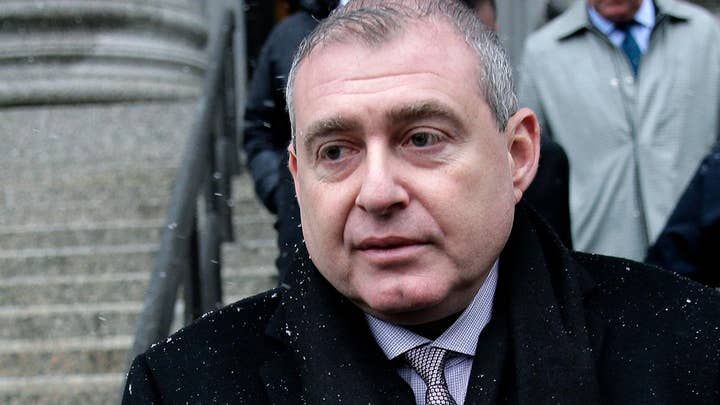 The aid was later released to Ukraine after a now-famous whistleblower complaint was filed and after the fact it was being withheld was made public.

Senate Minority Leader Chuck Schumer, D-N.Y., responded to the GAO's report Thursday morning with a statement re-upping his demand that the Senate consider additional documents as evidence in the upcoming impeachment trial.

“The GAO opinion makes clear that the documents we requested in our letter last month are even more needed now because GAO confirmed the president broke the law," Schumer said. “All senators will get a chance to vote to obtain these documents next week.”

Rep. Carolyn Maloney, D-N.Y., chairwoman of the House Committee on Oversight and Reform, said in a statement that she was concerned the Trump administration usurped Congress' constitutional authority.

“Today’s report is extremely troubling because it documents in great detail President Trump’s belief that he is above the law and his utter contempt for Congress as a co-equal branch of government," she wrote.

The Trump administration, through the OMB, withheld a total of about $400 million of security assistance from Ukraine last summer. This came after Trump asked Ukrainian President Voldomyr Zelensky to investigate the family of his 2020 rival, Joe Biden, and while the White House allegedly was withholding an Oval Office visit from Zelensky in exchange for that investigation.

These actions are what fueled the impeachment effort against Trump, whose trial technically gets underway Thursday and moves into full swing next week.

"The Constitution grants the President no unilateral authority to withhold funds from obligation," the opinion said. "Instead, Congress has vested the President with strictly circumscribed authority to impound, or withhold, budget authority only in limited circumstances as expressly provided in the ICA."

The opinion raised further constitutional concerns about the lack of cooperation from the Trump and his executive branch officials with the GAO's investigation. The opinion's conclusion panned "a reluctance to provide a fulsome response," on the part of the OMB and the State Department, which the opinion's author, GAO General Counsel Thomas H. Armstrong, said interfered with the GAO's oversight role on behalf of Congress.

"GAO's role under the ICA  – to provide information and legal analysis to Congress as it performs its oversight of executive activity – is essential to ensuring respect for and allegiance to Congress' constitutional power of the purse," he wrote.

"The President has narrow, limited authority to withhold appropriations under the Impoundment Control Act of 1974," Armstrong continued in a separate press statement. "OMB told GAO that it withheld the funds to ensure that they were not spent 'in a manner that could conflict with the President’s foreign policy.' The law does not permit OMB to withhold funds for policy reasons."