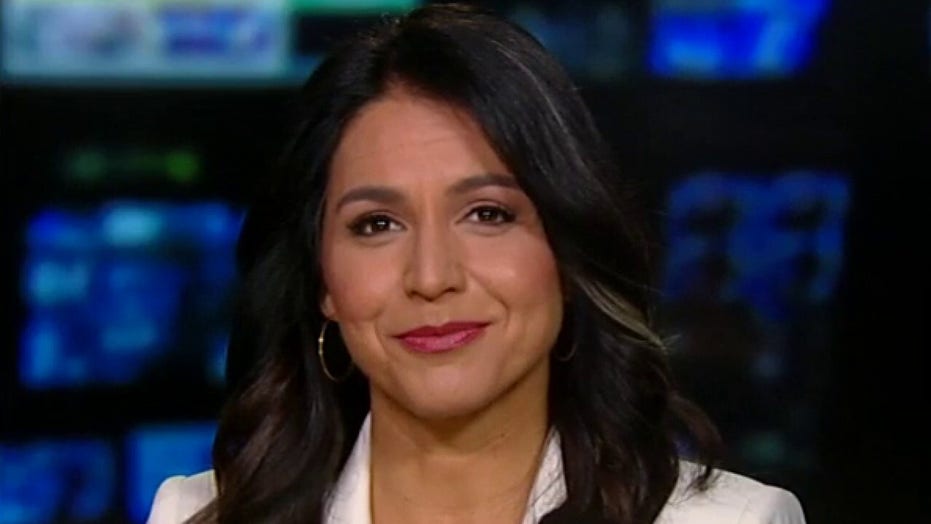 Rep. Tulsi Gabbard: The political elite and their corporate media partners are trying to erase my candidacy

Former Vice President Joe Biden’s big victories in Tuesday’s primaries are making it seem more and more likely that he will claim the Democratic nomination and that his main rival, Sen. Bernie Sanders of Vermont, eventually will be forced out.

But what about Tulsi Gabbard?

The Hawaii congresswoman, who entered the presidential primary field last February, is still in the race and appears to have no intention of suspending her campaign despite having only won two delegates and failing to reach the debate stage since last November.

She has been highly critical of the Democratic National Committee and the rules surrounding the nomination process – especially concerning who is allowed to participate in debates.

In December, Gabbard said she would not appear in the Democratic presidential primary debate in Los Angeles even if she qualified for it and has more recently slammed the DNC over her exclusion from the upcoming debate on Sunday evening in Arizona.

“There’s a lot of hypocrisy going on here,” Gabbard said Tuesday during an interview with Fox News’ Tucker Carlson. “I think the American voters have a right to ask these questions both of the DNC and their corporate media partners who are hosting these debates and making these rules.” 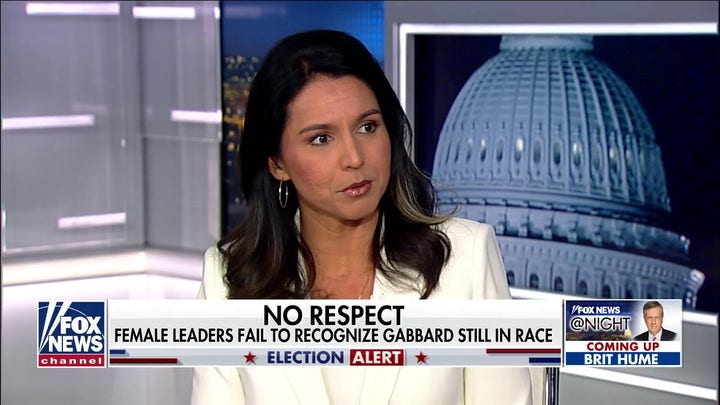 She added: “We just celebrated International Women’s Day – and the progress that women are making around the world – but when it comes to actually making sure that in this presidential primary that the only woman candidate left in the race, the only woman of color, and the first female combat vet to ever run for presidency has a voice … the DNC and their corporate partners say, no thanks.”

On Twitter late Friday, Gabbard urged Biden and Sanders to let her join the debate. “I’m sure you would agree that our Democratic nominee should be a person who will stand up for what is right,” she tweeted. “So I ask that you have the courage to do that now in the face of the DNC's effort to keep me from participating in the debates.”

Gabbard has struggled to attract support in the race and has picked up only two delegates — from the U.S. territory of American Samoa, where she was born. By comparison, Biden has 860 delegates, while Sanders has 710. 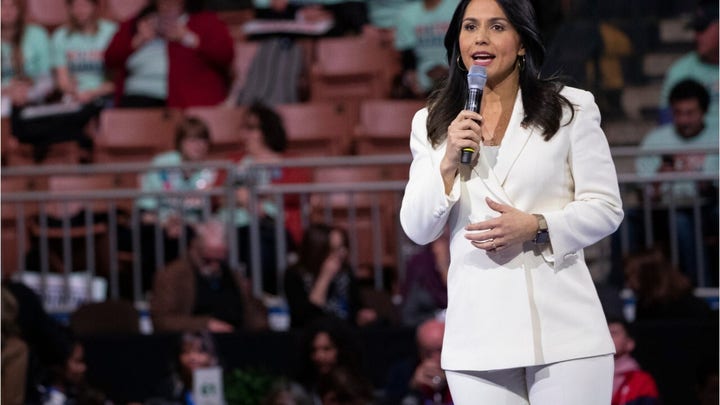 The DNC's new rules require a candidate to have picked up at least 20 percent of convention delegates allocated in state primary contests by March 15 and to have picked up more delegates in Tuesday’s elections. Gabbard did not pick up any delegates on Tuesday and failed to poll over 1 percent in any race.

The party said it will calculate the delegates awarded by adding together those allocated in counts by The Associated Press or CNN to all candidates, including those who were awarded delegates in earlier states but have since dropped out of the race.